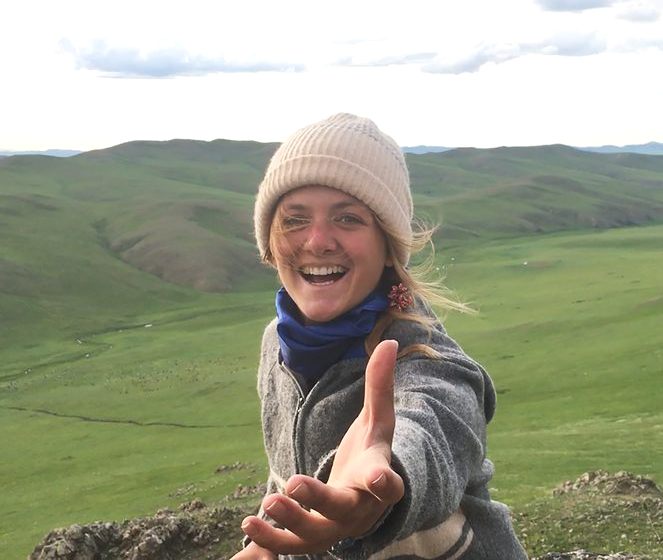 Marine, a 21-year-old student, learns that she has multiple sclerosis, an incurable autoimmune disease. The shock of the announcement, the urgency of the situation and the need to make a decision about the treatment to follow, push her to find a solution within herself… She decides to leave for a long initiatory journey in 3 countries: New Zealand to rediscover your body, Burma to soothe your mind and Mongolia to reconnect with your soul. Through unforgettable experiences, Marine sets out to find herself and a new balance with this sclerosis that she nicknames Rosy.

Filmed with a smartphone in France, New Zealand, Burma and Mongolia, rosy constitutes the cinematographic form of the adventure experienced and captured by Marine Barnérias and co-written with Anne-Sophie Bion. At first, the idea for this film did not exist: when Marine Barnérias, 21, learned in 2015 that she had multiple sclerosis (MS), after various psychological phases of fear, dejection and of hatred, she decides to leave for nine months at the end of the world with three objectives in mind: to cross a country to “listen to her body” (New Zealand), to do a cure of silence and meditation to “tame her mind” (Burma ) and join the Tsaatan reindeer herders in their steppe to “touch their soul” (Mongolia). This experience, she will tell it in a book “Seper Hero”, then, after having founded the production company Mooji Smile Productions and having met the producers Harry and Anna Tordjman, a film. This will benefit from the assistance of the experienced editor Anne-Sophie Bion and the immense musical talent of M (Mathieu Chedid). The movie title rosy is the little name given by Marine Barnérias to the autoimmune disease that cohabits in her. Moving, inspiring, salutary, touching, so many adjectives that define this documentary whose vitality is essentially due to the exuberant and extroverted personality of Marine Barnérias who has an undeniable dialectical gift as a storyteller. A true initiatory journey to “find” himself, his journey fertile in enriching encounters and diversified emotions reflects a personal quest punctuated with meaning that led him from the brutality of the diagnosis, with all that followed and the primordial role of his family, to the appeasement and acceptance of the “roommate” (SEP). Even if at the start, the images of the journey had no claim to be used for a feature film, the energetic personality of Marine Barnérias, her naturalness and her ability to capture sequences with memorable content, remain the major assets of rosy, a film that is more humanistic than therapeutic. Touching. .

Picture : SD copy, good definition and acceptable sharpness on the details, variable image quality depending on the sources (mainly shooting with a smartphone), naturalistic contrast changing according to the sequences, realistic calibration, colorimetry with natural tints and nuanced tones

His : 5.1 mixing, clear voice of the commentary and interview, good dynamics which benefits the atmospheres captured on the spot, undoubtedly rebalanced, and on the exhilarating music of Mathieu Chedid, spatialization open to the musical score but much more focused on the sounds live captured by smartphone

a therapeutic road-movie (on DVD and VOD)