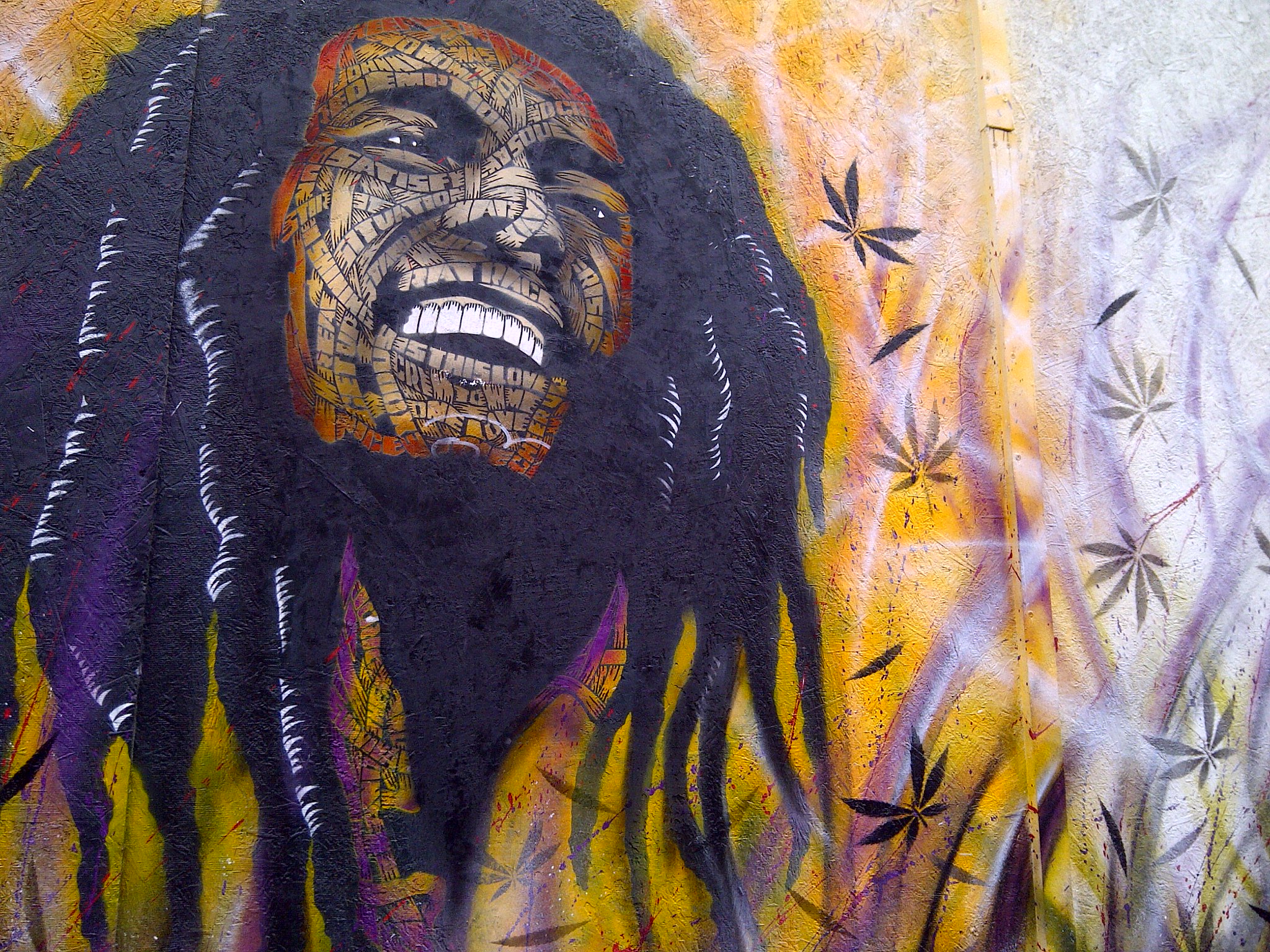 To think of Jamaica is to think of Bob Marley. Although he passed away more than forty years ago, Bob Marley is arguably the most famous export from this Caribbean island nation. He remains a pioneer of reggae music who brought Jamaica’s music, culture and worldview to the international stage. Successive Jamaican governments have remained keenly aware of his enduring star power, using his music in tourist advertisementspromoting the Bob Marley Museum as a must-see attraction, and even decriminalizing marijuana (Marley was a devout Rastafarian, a religion that uses ganja as an integral part of spiritual observances).

However, Marley, though revered the world over, has yet to earn the ultimate recognition in his homeland: the title of national hero. It’s a long-recognized oversight that the former Minister of Culture, Lisa Hanna, formally brought this resolution to Parliament on April 5citing Marley’s message of peace, his shaping of black consciousness and his outspokenness against systems of injustice, his “lyrical activism for the poor and destitute”, his brilliant portrayal of reggae and Rastafari, his kindness and his “One Love” philosophy as so many reasons why he should receive this honor posthumously:

Jamaica’s national heroes belong to a small and exclusive club; they are currently only seven. The Pan-Africanist Marcus Garvey was the first to have this honor. Other heroes include Paul Boglea 19th-century deacon and activist who led the rebellion of Morant Bay Rebellion and died at the hands of the colonial authorities; George William Gordondefender of enslaved Africans; Samuel Sharpewho organized a rebellion that resulted in the abolition of slavery in Jamaica; Norman Manleyone of the architects of Jamaica’s independence, the country’s first ever Prime Minister, Alexander Bustamante ; and the only female heroine, Nanny of the Maroons, an 18th-century maroon leader whose honed military strategies helped liberate his people. The honor of the Order of the National Hero is detailed in the country’s National Honors and Awards Actadopted in 1969.

Our National Honors and Awards Act describes the national hero’s motto: “He built a city that has foundations.”
Today, when the world seems more beset by geopolitical strife and nation states worry about the economic survival of their people, we need Bob’s guidance, comfort and groundbreaking power to restore our humanity to each other.

If we are serious about becoming a republic, let’s first demonstrate it by embracing our own, recognizing the monumental impact they have had on our lives and on the global village. It’s time to make Bob Marley our eighth national hero.

The reactions on social media created an uproar, many wondering that Marley had not already been bestowed with this national honor. While some have accused Hana use the question to earn political pointsothers estimated that the decision was “long overdue”, especially in the light strained relationships between the authorities and the local Rastafarian communities.

I watched the documentary Who Shot the Sheriff and learned new revelations about Bob Marley. He literally put his life on the line to encourage peace throughout the country. His advocacy, through music, for the rights of nations, including ours…., is a true national hero.

Even though people have discussed enduring relevance of Marley, many felt that the title of national hero required a different set of criteria. Facebook user Unique Yan Pryce has Explain :

I have absolutely no problem with the national and international accolades granted to Bob Marley, professionally he deserved all that. But as a national hero, NO, NO and NO. Far from there. The seven who are here now won their title selflessly. They died fighting for this country and the generations to come so that we are free in all areas […] without any personal gain. […] Putting Bob Marley and Usain Bolt in this category is therefore madness.

In December 2021, opposition Senator Floyd Morris asked that four Jamaican cultural and sports personalities — Marley, jimmy cliff, Usain Bolt and Louise Bennett-Coverley — are elevated to the rank of national heroes before August 6, 2022, the date of 60th birthday of the country’s independence from Great Britain.

Moreover, the history of Jamaica as a former British colony is part of the arguments of the partisans of the status of hero of Marley. On November 30, 2021, on the 55th anniversary of its independence from Great Britain, Barbados renounced to Queen Elizabeth II as head of state, officially becoming a republic and enjoying the opportunity to bestow Barbadian-born pop star Rihanna with the title of national hero.

For a Caribbean island once dubbed ‘Little England’, Barbados’ decision to shed this remnant of colonialism in such a deliberate fashion has reignited curiosity about if and when Jamaica would go with the flow. After an embarrassing visit of the Duke and Duchess of Cambridge in the country last month, during which Prince William deftly avoided talking about reparations and merely apologized for slavery, the pressure is on again climb for Jamaica to follow in the footsteps of Barbados, both in terms of republican status and in honoring distinguished nationals. Barbadian Senator Crystal Haynes tweeted:

Today, the Jamaican opposition MP and one of my favorite women in regional politics, @LisaHannamp presented a resolution in Parliament 🇯🇲 for Bob Marley to be designated as a national hero.

A Jamaican living in Barbados recalls:

So, @LisaHannamp just called for Bob Marley to be recognized as a national hero of Jamaica. I’m leaning towards yes, but the way he treated Rita weighs heavily against it.

How many times are we gonna beat this drum? Rihanna wasn’t even born when Bob Marley died, yet she’s already a national hero in her native country. How much longer will Babylon persecute the Rastas, even in death? Give the Gong its due. It’s high time ! What’s the matter?🤔

On Facebook, Robin Lim Lumsden has posted this thought :

Will Jamaica be the last country to recognize a man who contributed to the improvement and awareness of social justice and world peace and make him a national hero? He will probably be the most famous Jamaican of all time. As a nation, we look like an embarrassing province, still ruled by the backward colonial bullshit and hypocrisy he talked about. Either that or we are incredibly stupid not to embrace it as a son of the land, the land where Bob Marley comes from, because, like it or not, he is the main association that the people of the whole world have with Jamaica.

“Main Association” or not, it remains to be seen whether Jamaica will choose to bestow its most famous citizen with the country’s highest honour.

Why hasn’t Jamaica made Bob Marley a national hero yet?