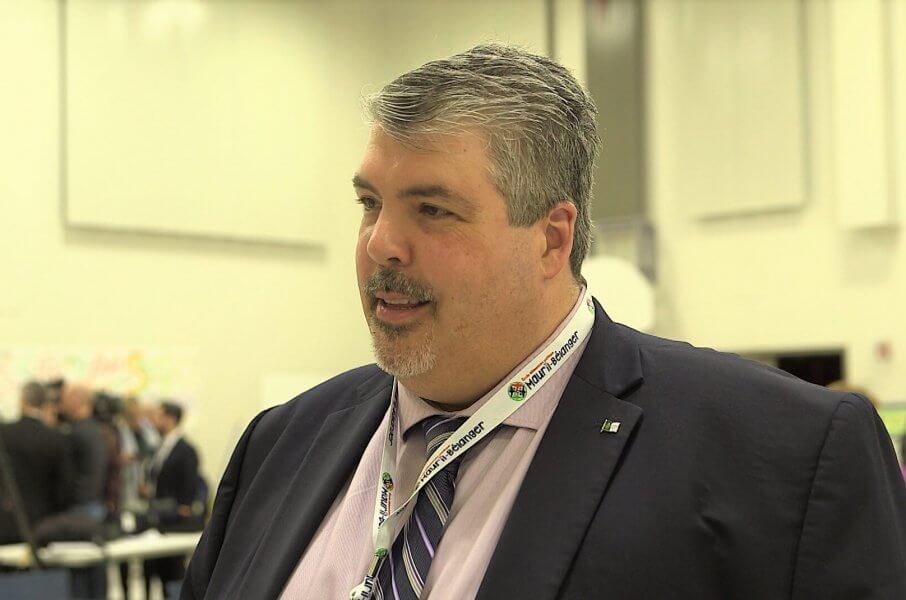 For the third consecutive year, the annual meetings of the AFO are taking place virtually. Until October 29, there will be conferences, screenings, talks, networking and a gala, all remotely. These 2.0 meetings will end with the election of the new AFO president this Saturday.

Since the pandemic, the virtual mode has been favored by the Assembly of la Francophonie ontarienne (AFO), even the music show that will close these meetings will be seen on a small screen.

Peter Hominuk, Director General of the AFO explains at the microphone ofONFR+ that this year again the meetings were virtual for reasons of uncertainty. “We made the decision last November, there is a question of risk management. We tried to predict the future and there was a significant cost. Next year, we will return in person and certainly in hybrid. »

The AFO’s annual meetings are an excellent means of networking for the Francophone community. It is also and often the place of conversations that can bring out new ideas, new projects and collective reflections. This year, the theme is “plurality”, which represents the richness and diversity of the Franco-Ontarian community.

During the opening ceremony, President Carol Jolin declared: “It is important that our community is not just one face. It is plural and that is what we want to celebrate this week. »

The list of guests and topics is both diverse and varied, throughout this week.

A plural, diverse and inclusive community

To start these meetings, the AFO called on Senator Bernadette Clement. It was the theme of attracting and welcoming immigrants as a means of promoting the Franco-Ontarian community that the opening conference echoed in our living rooms.

The Senator and former Mayor of Cornwall spoke about her plurality and immigration. “I am Franco-Ontarian by choice and because of the welcome I received in Cornwall. »

“When I arrived in Cornwall,” she continues, “it was the Francophone community that welcomed me. They needed me and my skills and then the organizations wanted me to get involved in the community and therefore the feeling of belonging appeared”.

“I am proud to talk about plurality and to be a member of the Official Languages ​​Committee, especially since one of our bills focuses on Francophone immigration. »

What not to miss

The annual meetings of the AFO offer, over five days, nearly two nine conferences whose topics will be: the post-election political context, retention and transmission, or how to put the skills of volunteers to the benefit of your organization.

Programs on gender, sexual and cultural diversity and talks about Indigenous peoples and communities. There will be discussions around the equality of women.

During the opening ceremony, more than 100 people connected to the appointment. A large number of Franco-Ontarian organizations and their representatives such as the Federation of Francophone Seniors and Retirees of Ontario (FARFO), the Association of Franco-Ontarian Teachers (AEFO), TFO Media Group, the ‘Association des Francophones du Nord-Ouest de l’Ontario (AFNOO), PPE, the Center francophone Hamilton, or the Association canadienne-francaise de l’Ontario (ACFO) Sudbury.

Franconnexion will be the place to network, while the gala on October 27 will reward people for their community dedication via the Paulette-Gagnon award, the Florent-Lalonde award, the Franco-Ontarian Horizon award and, for the first time, the Youth award. .

The AFO’s virtual annual meetings on the theme of plurality