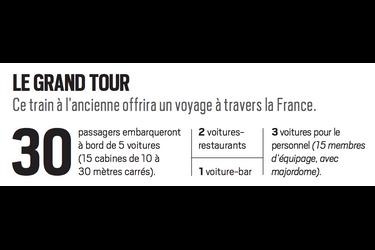 In slow motion with the health crisis, the leisure park continues its international development and is preparing a novelty for 2023.

In a previous life, he was a vaulting rider for the Puy du Fou shows, created by his father, Philippe de Villiers. A graduate of Audencia, he inherited, after an internship, the position of show manager, organizing productions “with 2,500 actors”, before taking over the presidency of the association in 2004, then of the SAS du Grand Parc du Puy du Fou, which he combines with the functions of artistic director. At 42, Nicolas de Villiers has not lost his talents as a magician: he can, with the wave of a wand, convert a crazy idea into success. The proof: when he arrived, the group was struggling with 18 million euros in turnover. It shows 125 million in 2019. A feat? A logic guided by the deployment of a creative strategy, which first consisted in multiplying the shows, at the rate of one creation per year. before exporting them.

To do this, he created an entity, Puy du Fou International, which since 2010 has allowed him to design, produce and implement his shows, with a creation every three years. After the Netherlands in 2013, he conquered England then Spain, where he opened in March, in the middle of Covid, his first park. “Two other parks will see the light of day by 2030, including one in China, he assures. In 2022, we will achieve 30% of our turnover abroad.” Like so many others, he was slowed down by the health crisis as he prepared to expand his Vendée park with a sixth hotel, Le Grand Siècle, inspired by the splendor of Versailles, with its table, its convention center, its theater that can accommodate up to 2,000 spectators… A project costing nearly 40 million euros, the inauguration of which he had to delay for two months.

With each closure in 2020 and 2021, it would have lost “several tens of millions of euros”: “Our turnover has collapsed, but the momentum has returned.” Still, it will be necessary to wait until 2023 for the group to regain its pre-crisis level. With the pandemic, he was especially able to think about the future. How? By setting out to conquer new territories: after digital, cinema and video games, here is the Grand Tour, an unprecedented experience whose pre-booking site displays “a 98% fill rate for the first season, planned on twenty-three weeks from the summer of 2023″.

The Grand Tour is first and foremost a childhood dream, inspired by a neighbour, Franck, near Les Herbiers, in Vendée, where he grew up: in his parents’ garage, he had made a model , equipped with a small steam train that fascinated little Nicolas. A few decades later, here is his dream come true. More than a new attraction, the Grand Tour is a journey through France, a show lasting six days and five nights, “the longest ever imagined in the world, over 4000 kilometers”, and on board a train Belle Epoque, comfortable. For 4900 euros instead, we promise to make you discover “eleven heritage wonders”.

If the project was born, it is thanks to a law which authorizes since July 1, 2021 the opening to competition of national railway lines. Nicolas de Villiers thus created the Compagnie de France, the first 100% private railway company since 1938, “buying back ten cars, renting a locomotive and working with SNCF Réseau to design the route and the stages”. During stopovers, you can follow in the footsteps of Cézanne in Aix, cross the Arcachon basin aboard a pinnace, taste a classified growth at Cos d’Estournel… while actors, musicians and sommeliers will invite themselves to edge. The amount of investment? “Several tens of millions of euros”, says the entrepreneur, who announces the creation of 50 jobs. He could export his Grand 30 Tour abroad.

Puy du Fou, a new attraction to bounce back