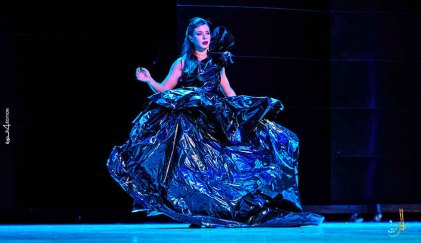 Saturday evening, at the Cité de la culture, the space was the place for dancing bodies. The inaugural evening of the Carthage Choreographic Days was a communion for all the dancers, the professionals and the public, a moment of magic, made up of immersive experiences in the very special world of dance.

They will be, as already thought out and desired, a platform for meeting and exchanging ideas and experiences between professionals, a platform for discovering young talents and also a showcase for all the new creations of Tunisian and foreign choreographers, strengthening and supporting, thanks to an eclectic and intelligent program, the place of dance in Tunisia.

The artist-choreographer and cultural activist, Sélim Ben Safia, addressed the public in simple words, to go straight to the point, to talk about the artist, his status and recognition, creation, profession and practice. Sélim Ben Safia also wanted to thank Meriem Guellouz, the director of the three previous editions for the colossal work she has done, dedicating the opening show to Imed Haddad, one of the managers of the music and dance, who has just left us and who, throughout his career, has supported many artists.

Recognition, dialogue between generations, continuity and revelations, these are the keywords of an edition which will be well paced and whose announcement of the opening was given by Mr Lassad Saïyed, Chief of Staff to the Minister of Cultural Affairs.

The opening show is a new creation by Imed Jemâa, entitled “Salam”. A production of the Théâtre de l’Opéra, with the participation of the dancers of the Ballet de l’Opéra de Tunis. 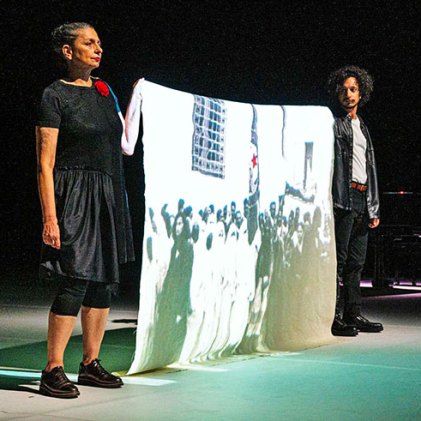 “We will all be devoured by fire” by Radhouane Meddeb, presented as a pre-opening at the Théâtre des Régions.

In pre-opening, “We we will all be devoured by fire”

Internationally renowned artist-choreographer Radhouane Meddeb marks his presence at the 4e edition of Carthage Dance with its new creation entitled “We will all be devoured by fire”. Presented in pre-opening at 6 p.m., at the Théâtre des Régions, in front of a full house. A passionate and interested audience came out moved by the strength and accuracy of the statement.

It is a plural Tunisia that Radhouane Meddeb depicts to us, Malek Sebei and Selim Arjoun. Hymn to the Tunisian woman, but also in the Arab world. A compendium of contradictory feelings, exchange, complicity, attraction and repulsion to tell a long line of female Amazons, warriors, artists.

“We will all be devoured by fire” deserves some attention, we will come back to it in a future article.

Get lost to find us

Just emerging from the upheavals caused by the creation of Radhouane Meddeb and Malek Sebeï, we find ourselves in a labyrinth that was created and set up in the Place des Théâtres not to trap spectators and artists, but to invite them to let themselves to go, to break free.

In this maze lined with photos—a tribute to dance figures—cliches, memories of previous editions, this unconventional space, rich in symbolism, a participatory dance performance was presented guiding the public to continue the adventure.

The opening show is Imed Jemâa’s new creation, titled “Salam”. Produced by the Théâtre de l’Opéra, with the participation of dancers from the Tunis Opera Ballet, this creation enriches the repertoire of both the “Ballets and Choreographic Arts” Pole and the artist-choreographer Imed Jemâa.

By programming this new creation at the opening, the Carthage Choreographic Days will pay tribute to Imed Jemâa, this pioneer of contemporary dance in Tunisia. A militant artist who has contributed with other dancers of his generation to the development of Tunisian choreographic practice and the emergence of several talents.

“Salam” sounds the alarm to save humanity or what remains of it, to face these evils that continue to gnaw all the noble values ​​to impose the law of the jungle. “Salam” is also an invitation to all dancing, free and rebellious bodies, to try to change this bitter daily life before it’s too late.

Carthage Dance continues until June 18 in the halls of downtown Tunis, a daily route is offered between El Hamra, the Rio and the 4e Art.

Opening of the Carthage Choreographic Days: Dancing, an act of existence, an act of resistance | The Tunisian Press