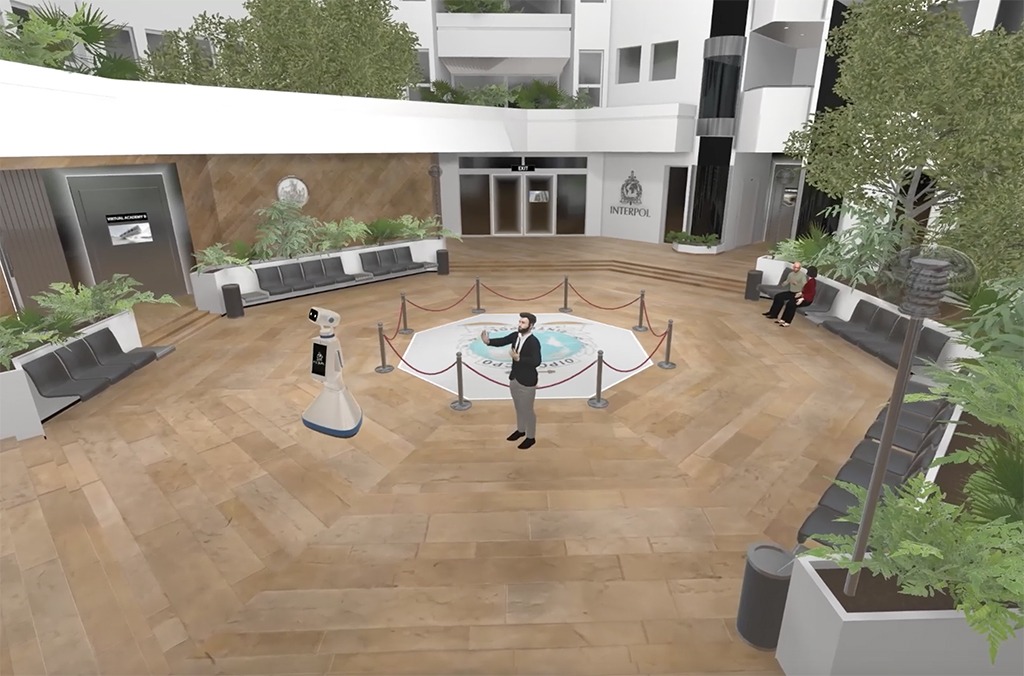 On the occasion of a “surprise session” during the 90th General Assembly of Interpol in New Delhi, the famous and almost century-old world police organization presented. his metaverse. The initiative might make you smile, but it shows that the subject is taken particularly seriously by the police services. Interpol thus do not envisage for a moment the emergence of a new world – as virtual as it is – or official security forces would be absent.

A new world, new rules to invent. If no one (or almost) doubts that, willingly or unwillingly, the metaverse will be the new normal in terms of the digital environment for the coming decade, this revolution brings with it many new questions.

And, among these questions, some are very directly related to the law. Indeed, the man being what he is, it will not have taken long to document the first case of sexual assault in the metaverse (in this case, Horizon of Meta).

And, beyond this heartbreaking particular episode, certain haunting questions (some would say… meta-physical) arise: is rape possible in the metaverse? If so, should he be punished with the same penalties and sanctions as in “real life”? Is it conceivable to commit meta-murder? blackmailing ? An abduction ?

These questions remain open and they will find answers as usages and case law grow organically.

However, the police services are already taking the lead, in order to better anticipate the future frameworks in which they will have to work. It is in this context thatInterpol has just revealed a surprisingly successful metaverse, dedicated to the subject of security and judicial cooperation.

The result is both completely in line with what is expected of a police administration, while being perfectly destabilizing in form, in short, a perfect trendy metaverse 2022.

Interpol’s official website exposed the meaning and ambitions of his initiative. But, it is above all through a video that we discover a little more in detail the police metaverse of the international organization, which we will recall that the world headquarters is in Lyon.

It is precisely the Lyon headquarters of the organization, completely remodeled to be visitable with a VR helmet aimed on the head, which could be surveyed by the officials invited to this presentation.

On the menu, an exhibition of new working tools and communication (meetings, internships, etc.) and highlighting the potential of the tool. It will thus be possible for participants to “follow immersive training on forensic investigations” or “to interact with the police in the form of avatars”.

In a live demonstration, experts from INTERPOL’s Capacity Building and Training Directorate delivered training on travel document verification and passenger screening via a metaverse classroom. The students were then teleported to an airport where they were able to practice the skills they had just acquired at a virtual border post.

Even more than a simple interprofessional tool, a sort of “super-zoom” for jaded teleworkers, Interpol above all tries to anticipate and effectively prevent the abuses that inevitably go hand in hand with any new emerging environment. And, to do that, the police have to get used to it now.

“The Metaverse has the potential to transform every aspect of our daily lives, with enormous implications for law enforcement agencies. But for the police to understand the Metaverse, we have to experience it”

The Interpol metaverse must thus be perceived for the time being as a basin of acclimatization, more than as an attraction that must necessarily be entertaining, or even simply accomplished from the point of view of its design. Reassuring news with regard to the general appearance of said metaverse for the moment.

These few images will probably make geeks and other fans of dynamic 4K gaming smile a little cynically, everyone feeling like they’ve suddenly been transported back to 2005. They shouldn’t erase the real evolution, however: if the metaverse to come is supposed to be without borders, in any case, it will not exist without law.

While Interpol plays cops and thieves (of design) pay a visit to a recognized player in the ecosystem. Register without delay on the FTX reference platform. In addition, you benefit from a return of up to 8% on all your crypto assets (commercial link, see conditions on official website).

Meta-trap me if you can: Interpol unveils its police metaverse