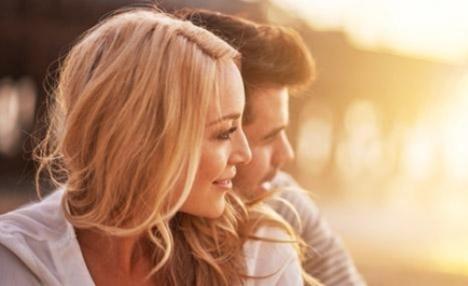 Psychologies: How does the psychoanalyst that you are explain the strong attraction that guides us towards certain partners?

Norbert Chatillon: Attraction brings together the psychic and the body. It is both an emotion of the body since chemical processes act on the looks, the skin, the secretions, but also a psychic manifestation since what “pushes us towards” is an energy to which Freud gave the name of libido. .

This vibration for the other forces us to live an experience that occurs before any reflection, before any prior thought. Attraction is on the side of the senses, it makes “loving”, in all the charge of the word. We cannot decide whether or not we can control it. This energy of attraction comes temporarily to fill the difficulty of reflection. At that moment, the subject can feel lost, not knowing if it is really the other that he needs or this power of attraction.

What makes me go to this one rather than that one?

Norbert Chatillon: In any relationship, whether romantic, friendly, professional, the other is never completely outside, a stranger. An unconscious part is at work and resonates. In each, the existence of the other comes to fill a space that was fallow or on the lookout.

It is advisable to differentiate between the attractions governed more by the Freudian id – that is to say by the unconscious drives, these forces unknown and prior to any possible control, which make us say afterwards: “It was stronger than me”, forces at the origin of love at first sight – attractions which fall under the influence of the superego. These are dominated by a kind of internal judge who makes the individual behave according to internal rules, limits himself in his infatuations to remain in conformity with a morality, or with ideals inherited from his family, from society, to which he remains faithful in fact.

This explains those not so rare stories where, on the eve of their wedding, a man or a woman cancels all engagement and plans. Suddenly, a counter-force came to thwart them. It can take the form of a sudden encounter with another, crystallizing inner ambivalence and thus opening the way to a delicate awareness.

Finally, another form of attraction is that carried by narcissism. In this case, the person is first and foremost attracted by the attention that the other shows him. These different types of links are not driven by the deep desire to know and meet the other, and they are therefore hardly conducive to making us evolve.

Could this superego explain why, as demonstrated by numerous surveys, the majority of us bond with people of the same social, cultural and economic level?

Norbert Chatillon: In part. To use Freud, the individual is also led by the “principle of constancy”, that is to say that he is concerned with avoiding an increase in the quantity of excitation of his psychic apparatus. And all novelty creates excitement.

Also, the individual, taking care that his energy undergoes the least possible jolts, while desiring, he believes, to explore unknown territories, protects himself from it. Many of us build our network of loves and friendships in familiar spheres, because we are often more careful in our elective affinities than we imagine.

Are we attracted to someone because we project onto them a part of who we are?

Norbert Chatillon: I will make a difference between “projection” and “attraction”. On the projection side is passion, which is a projection onto the other of fusional relationships idealized from very early childhood. I do not see the other as he is but as I dream him, and when this blindness falls, the man sleeping near a fairy wakes up near a shrew, the woman sees the grumpy man behind her prince charming.

There are also those who project onto others what they flee from themselves, what they refuse to recognize as belonging to them. This has the effect of attributing to his spouse all his own absolutely unbearable faults, of making him the source of all his misfortunes, of his intimate and professional difficulties, of the deficits in the education of the children, and of remaining all the more together that it exempts the person from wondering about his own dark side.

Norbert Chatillon: When Jung introduced these “categories of experience” of the anima of man and the animus of woman, he took a giant step in recognizing the psychic parity of man and woman. The other does not then come to fill a lack, a deficit of being. Rather, he comes, and this is what happens in attraction, to activate, awaken and reveal a part of me that remained buried, abandoned, and his presence makes it live, revive, even burn.

The trouble is mainly in the surprise effect and in the intensity of the excitement that is mobilised. Awareness of this phenomenon will be all the more difficult if I come to imagine that what is happening to me is only the grace or the fault of the other, and that I do not recognize these parts. of me who are at work.

Why are we sometimes attracted to people who are evil to us, and yet from whom we have the greatest difficulty in freeing ourselves?

Norbert Chatillon: It is always linked to our “parental imagos”, these imaginary fathers and mothers that everyone has forged during their childhood, that they continue to carry within them and which govern, without their knowledge, a whole part of their commitments and his feelings.

The person chooses his partner either because he cannot compete with the internal representations he has of his parents: he is less brilliant, less intelligent, less attractive, and therefore does not threaten the relationship of idealization maintained with them. Either so that they absolutely dislike him, which is another way of not leaving them. The link is then at the service of the neurosis, it marks an infantile fixation. It is difficult to get out of it because it is of the order of dependence, of addiction.

Undertaking therapeutic work is then necessary in order to understand the childhood emotional history that led us there, and then to be able to thwart this unconscious part which causes encounters likely to be harmful. But it also happens that the power of the dialogue helps the two partners to tear themselves away together from their respective infantile fixations.

A strong attraction is therefore not necessarily fatal?

Norbert Chatillon: No. It marks, for both partners, the beginning of a journey that can completely reorganize their relationship to the world. From this meeting, this confrontation, they can, mutually helping each other, succeed in moving away from the parental imagos. And it is at the cost of this clearance that we can become adults, and sometimes discover love along this path.

Paula, 45, literature teacher: The men I loved were all musicians

“During my analysis, I realized that all the men I was attracted to and with whom I had lived had a passionate connection with music. The first, who I settled down with when I was 18, was a mad record collector.

The second, with whom I lived six years of great passion, was trying to earn a living as a guitarist in rock bands. Finally, the one who became my husband worked as a music specialist for a radio station. These men could not live without music and I shared them with her. Until the day I realized that I was looking through them to appease one of my biggest regrets: not having learned the piano when I was a child, unlike my cousins ​​who had had the right to music theory lessons.

What attracted me to them was that they expressed a repressed part of me. Today, I am taking singing lessons. And I really feel like myself when I sing songs that I like… even if I’m accompanied on the guitar by my man! »

Are you expecting too much from your couple?

Today, the romantic encounter is often overinvested, we wish it to be perfect and ideal, each with multiple, sometimes contradictory expectations. “Often too high” warn the specialists… Between all our demands for security, social fulfillment, sexual fulfilment, healing of wounds, our couple, sometimes very hard to meet them, wavers… Especially since this n is not necessarily its function. Becoming aware of those that we project on our couple is necessary.

Loves: the law of our attractions