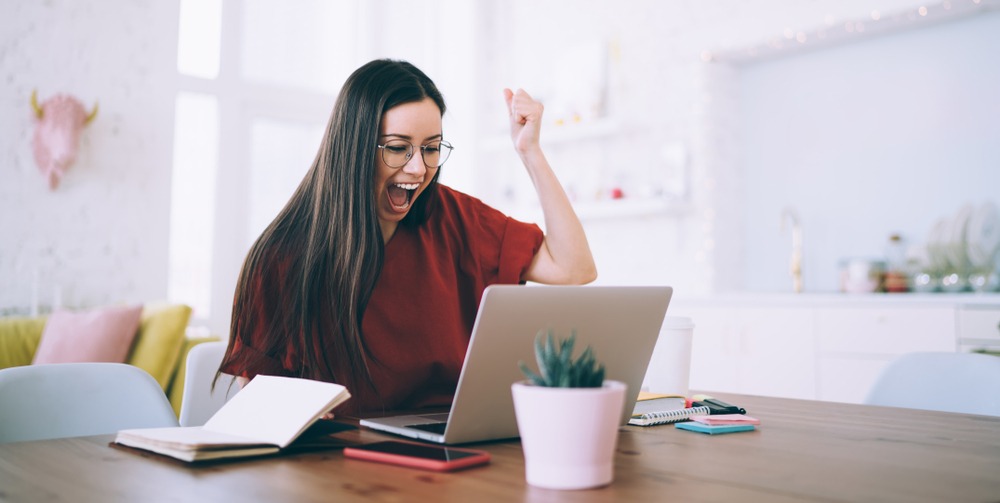 The law of attraction is a practice gathering more and more followers. If its success is no longer to be proven with its defenders, others think that the business developed around this method is not always benevolent. Is the law of attraction a pure marketing scam or does it have real virtues?

The law of attraction is not a new practice. If she made her comeback on social networks like TikTok Where instagram since the first confinement, this law has actually existed for much longer. The law of attraction is the belief that positive thinking brings positive results and conversely, negative thoughts bring negative experiences. The origins of this method date back centuries. The concept first appeared in the 19e century in the United States, through the current of the New Thought. New Thought is a body of religious thought covering a collection of organizations, thinkers, and theologians who all share metaphysical beliefs. Proponents of this movement adhere to a theory of mental healing. According to this theory, all disease is caused by erroneous beliefs. The secret of healing would lie in thinking “correctly”, which would then act as immediate medicine. According to this movement, the law of attraction would allow a positive thought intended for a specific purpose to lead to its success in reality.

The term “law of attraction” was first used in 1877 in the book Isis unveiled by Helena Blavatsky, Russian philosopher and occultist. In this book, Helena Blavatsky uses the term law of attraction to refer to a power of attraction reigning between the elements of the spirit. If since the meaning of the term has evolved and been refined, the relationship to the mind is still present. In 2006, the concept of the law of attraction returned to center stage with the publication of the book The secret by Rhonda Byrne, a true worldwide phenomenon adapted into a film (and currently available on Youtube and Netflix).

How does the law of attraction work?

The law of attraction has no scientific basis and there is nothing magical about it either. It is not enough simply to think very hard about the car or the house of your dreams and to wait for it infinitely, contrary to what some might sell us. Whether one decides to believe or not to believe, it seems that the law of attraction works for those who do it the right way.

According to the followers of the practice, the key to the law of attraction lies in the fact of to believe, and above all to believe that it works. According Caroline Bachot, personal development expert and author of the book Law of Attraction 2.0, the idea of ​​the law of attraction could be summed up in one sentence: “My thoughts create my reality”. Caroline Bachot explains this statement to us: “Depending on our thoughts, we will orient our life choices and attract to us situations, people, who will reinforce these choices. According to her, there are 3 essential phases in the practice of the law of attraction: ask, believe and receive.

The law of attraction cannot work if these 3 phases are not applied. On the other hand, if these 3 steps are accomplished, Caroline assures us, the law of attraction always works, and this for everyone. “The first phase, asking, is complicated for many people because they often know very well what they don’t want or no longer want, but they don’t know how to define precisely what they want in life. Believing, which is the second step, is not believing that the law of attraction works, it is believing that it works for you, that you deserve to receive your request. It’s also complicated because many people have a firm belief that they don’t deserve it. The last step is to receive and, here too, there are many bugs in people because as they think they don’t deserve, they will do everything not to receive. »

A method that seduces the most skeptical

Linda Dragoni, now a coach and therapist, feels transformed by the law of attraction. Formerly a social worker, Linda was introduced to the law of attraction in 2014 during a personal development program. “Before discovering this universe, I was rather Cartesian. I lacked a lot of confidence in myself, and confidence in others. Initially, the implementation of the practice was a real dynamic to adopt on a daily basis, but gradually I freed myself from all my negative beliefs. Today it has become automatic and the law of attraction is an integral part of my being and it always allows me to achieve my goals. »

Why do we talk about the law of attraction today? It was during the first confinement that we saw publications on the law of attraction multiply on social networks. On TikTok, many videos on the subject have emerged, sometimes explaining the procedure to follow to get your crush to respond to you, or even giving sentences to repeat to get someone dear to you back in your life. All of these videos are tagged with the hashtag #demonstration, which means manifesting an action to make it happen. Of the accounts instagram dedicated to the law of attraction, such as @lawofattractionworld or @law.of.attraction1111 have also become very popular on social networks with their “inspirational” posts.

The account of law_of_attraction is part of. It is owned by jimmy yuth who describes himself as a mentor and life coach. His publications, broadcast every morning, state a short motivating moral and are reposted by many users of the social network. For others, this account is considered a scam. In the description of his publications, Jimmy Yuth explains his story and invites his readers to click on a link leading to his website. On this one, the “life coach” then reveals the secret of his success: sounds that would allow reprogramming of the brain, which he sells in a pack at a more than affordable price according to him.

His detractors accuse him of misusing a Marketing strategy consisting of publishing general quotes on a trending phenomenon in order to be shared as much as possible and gain visibility to finally, and subtly offer sound packs at exorbitant prices. His Instagram account now has more than 1.6 million subscribers and the stars who regularly repost his publications, such as the influence Caroline Receiveronly increase its visibility.

A flourishing and profitable business

The law of attraction has gradually established itself as a business in its own right. From books to seminars, through training and coaching sessions, the method has become a real marketing tool for its practitioners. Countless books on the subject, described as essential and indispensable spiritual guides, are published every year. If you search the Internet for information on the law of attraction, there is a lot of risk that you will come across articles written by pseudo coaches asking you to pay to access the secret of this practice. Even if there are benevolent and honest coaches, some are more like profiteering gurus than real benefactors.

How did the law of attraction become an influential business? According to Caroline Bachot, this could be partly explained by a loss of meaning and bearings on the part of individuals. They would therefore be looking for people and tools that can help them grow and evolve. This business is not specific to the law of attraction, it is more deeply linked to the sector of personal developmentwhich has been booming for several years.

The law of attraction business also has dark sides. Some think that this law is a pure scam, intended for weak and manipulable minds. The caution therefore remains de rigueur, it is better to avoid adhering to all the good advice given by the first person to come. Caroline Bachot also points it out “Look who you are listening to. When we turn to personal development, it is because most of the time something is wrong in our life. There are malicious people who take advantage of this and who will manipulate these people into giving them money or becoming customers. »

So she says it’s essential to be able to balance things out and be on your toes when choosing who to listen to. “You have to check that the person you are going to follow, listen to, or choose as a coach has the results that he advocates in his life. Otherwise the person sells wind, and there are possible drifts. ” Of the drifts therefore which could ruin the most converted and manipulate the most fragile minds yet in obvious need of solid support.

Another danger pointed out by Paul Devaux, coach in organizations is to foolishly believe that everything can be solved by snapping your fingers with a few magic formulas. “There’s nothing magic, if the law of attraction doesn’t always work it’s because people are stupidly superstitious.” So beware of sellers of supernatural promises with miraculous results. What if the secret of this law was simply to live your life by taking positive action?

3 good reasons to make a vision board

Who are the witches of Belgium? Immersion in the community

We tested: 6 magic rituals to become a witch

SHE › News › Law of attraction: marketing scam or real virtues?