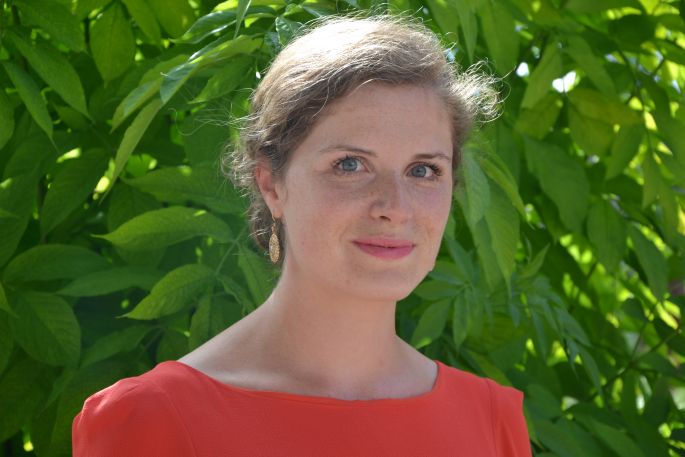 Interview with Constance de Pélichy, mayor of La Ferté-Saint-Aubin and co-chair of the AMF’s Planning Commission: “The ZAN objective is distressing for elected officials”

The subject of zero net artificialisation (ZAN) is one of the main current concerns of local elected officials. Constance de Pélichy, co-president of the AMF’s planning, urban planning, habitat and housing commission, denounces “a forced march”. “If the objectives of land sobriety can be understood, the way to achieve it is not at all,” she says. The mayor of La Ferté-Saint-Aubin (45) and 1st vice-president of the community of communes of the Portes de Sologne points out the lack of pedagogy and help for elected officials, the contradictions between the law and decrees, a calendar too short, the lack of feedback from the Scot conferences on the territorialisation of the ZAN objective or the priority still too often given to urban projects.

Set for 2050 by the “Climate” law of August 22, 2021, the ZAN objective will result in a reduction by two within ten years of the rate of space consumption. Beyond the very ambitious objective and cascading effects, elected officials criticize the Scot conferences (territorial coherence schemes) and the regions for not keeping them informed. The schedule is tight with a return of the proposals of the Scot conferences on October 22nd. Concern, tinged with a certain anger, took a further step with the publication at the end of April of two decrees on ZAN (ZAN objective listed in the Sraddet, nomenclature for the artificialization of soils). The AMF has decided to refer these two texts to the Council of State, in particular on the grounds of the legal weakening of the planning documents (PLU, Scot).

How do you judge the objective of fundamental sobriety?

It is true that we have gone very far in the waste of certain land with the development of many logistics platforms, shopping centers or housing estates. Awareness of another way of consuming land is necessary. If the objectives can be understood, the way to achieve them is not at all. The cart is put before the horse with very complicated objectives to achieve and without tools to achieve it, which legitimately arouses the anger of elected officials.

Under the previous government, there was no possible dialogue on this subject. Moreover, in the two decrees on the ZAN, there are even contradictions with the “Climate” law! In short, we no longer know in which direction to go! Should we follow the law or the decree? All of this contributes to a very difficult and distressing context for elected officials. One of the consequences of ZAN can be seen in speculation on the price of land. Added to this is the increase in the cost of construction. How are we going to be able to create enough housing in the future? This essential issue is not taken into account.

What is your main criticism of the new regulations?

Its temporality appears totally disconnected from that of regional planning, which is based on a perspective of 15 to 20 years. Developing a PLU or a Scot requires at least three or four years to which must be added the time to implement the development operations. We all have PLUs or Scots adopted or in the process of being drawn up, development operations in the works. All this is done over a long period of time, but at the same time we are given just six months to review our copy. It is totally contradictory!

I take the example of my territory, having adopted its Scot in 2021 and preparing its PLU. We are working on an already obsolete document! How to prepare the mapping of our PLU-I without knowing in fine the land we will have? This observation of contradictory temporalities is shared by all elected officials. There is also the very high cost of mandatory development studies. All of this makes the situation unacceptable.

How do elected officials react?

A total incomprehension on the way to reach the objectives and anger vis-à-vis the method employed which resembles a forced march. We are told to halve land consumption compared to the last ten years, but what are we talking about knowing that the soil nomenclature is still subject to interpretation? It changes everything! In addition, many questions remain unanswered on the territorialization of this land consumption.

The sudden implementation of the ZAN objective is a source of great concern, as clearly demonstrated by the discussion meeting between the presidents of departmental associations (PAD) on ZAN and the Scot conferences, which was held in the AMF on May 23. They also deplore the lack of listening from the state and a form of rural-urban rivalry. With the fear of seeing the bulk of land consumption captured by metropolises and large cities which also concentrate most of the large wastelands to be requalified. The rural towns believe that they cannot fight on equal terms to develop in the future and thus fear to disappear. In addition, municipalities that have shown land restraint in recent years are afraid of being doubly penalized by having even less space to consume, knowing that the benchmark is fixed for the last ten years. The attitude of the State appears incoherent by continuing to favor the concentration of economic activity in dynamic urban areas.

Shouldn’t it play a regulatory role?

Yes, but the State does not ensure this mission at all by leaving it to the local authorities to agree among themselves on the weighting criteria for territorializing land consumption. But it is extremely complicated for rural areas which find themselves confronted with an agglomeration. For example, if the latter has a lot of wasteland, how can you tell it that it will then no longer have any hectares for urbanization? She will never accept! Agreeing on such crucial issues remains impossible. However, the survival of some municipalities is at stake.

In the territories, it is not said who should bring together and animate the Scot conference and who decides in fine. This causes some unease. On a regional scale, it is possible that the supporting structures of Scot will not be able to agree on the distribution of land consumption before the date of October 22. So what will happen? We don’t have an answer today. In the absence of an agreement, will everyone be at 50% or will the prefect take his scissors and decide on his own? Or will the region alone take the decision within the framework of the Sraddet?

What do you expect from the Scot conferences?

Still very recent, they need time to organize themselves. In addition, the presidents of structures supporting Scot are not used to this type of exercise, which explains the lack of feedback from Scot presidents vis-à-vis elected officials in most territories. But we are coming to a crucial moment when decisions will be made. This is why I urge my colleagues and the PADs to ask their Scot presidents to bring elected officials together to draw up a roadmap for the Scot conference. They must hold a conference of mayors upstream and downstream of the next Scot conference and report to elected officials on what they have negotiated and been able to obtain or not.

How is it going in your territory?

We are in a singular and infrequent process. Located in the Orléans area of ​​attraction, three Scots – two taking over the existing PETRs and ours corresponding to our community of municipalities with just seven municipalities – are organized in inter-Scot to work on a common roadmap. For this, we are helped by the Orléanais urban planning agency to which we all adhere. It took a little time to set up but we are in the process of achieving a positive result. The last meeting of June 7 for the territories of my Scot went well.

How do you judge the consultation launched by the Senate on the ZAN until the end of June?

The Senate’s reports are recognized for their quality both in terms of diagnosis and forecasting. This consultation and the work that will follow are therefore very relevant. But I am afraid of the fate reserved by the government for the proposed law that could result from it. In any case, it is a strong political act on the part of the Senate to demonstrate that an alternative is possible.

Interview with Constance de Pélichy, mayor of La Ferté-Saint-Aubin and co-chair of the AMF’s Planning Commission: “The ZAN objective is distressing for elected officials”