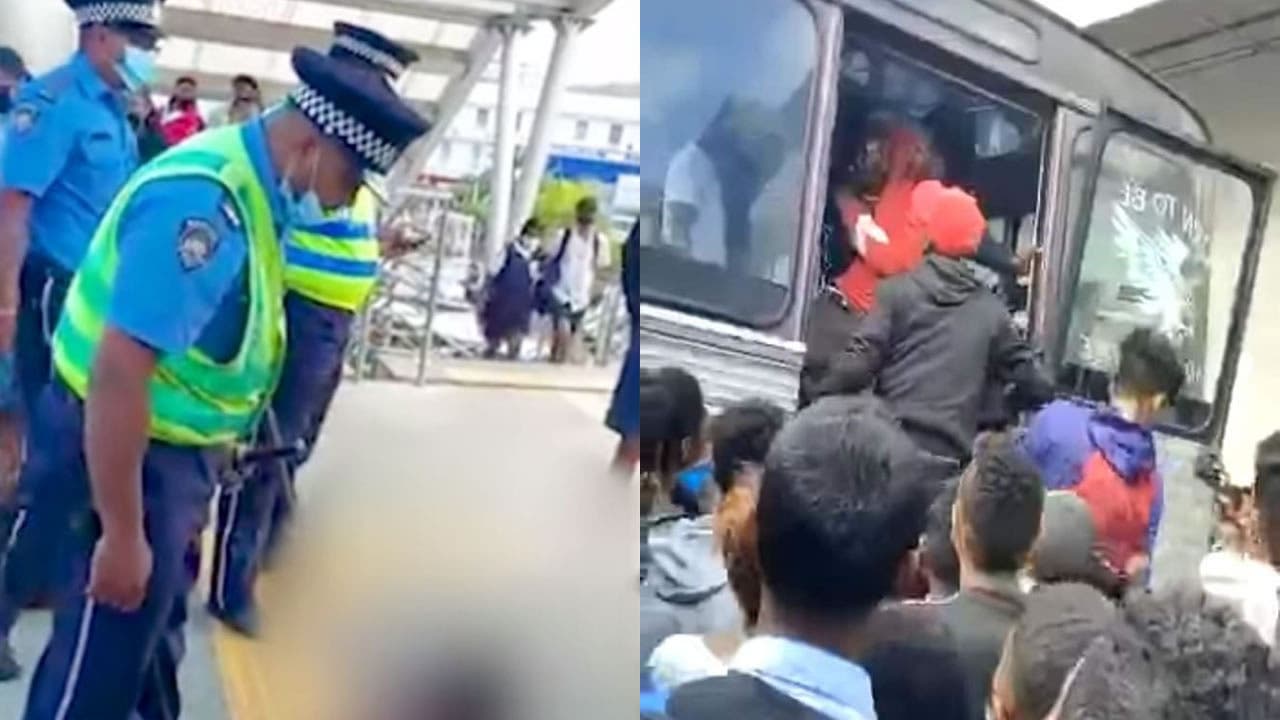 Cases of incivility involving college students on the public highway continue to increase. Two videos, one showing a fight between college students and the other a college student being assaulted by police, went around the web earlier this week. Basheer Taleb, the president of the Federation of Union of Managers, proposes the creation of a special unit to supervise young people who do mischief on the public highway. Ombudsperson for Children, Rita Venkatasawmy, emphasizes the need for a tailor-made program for each problem child. The Family Protection Brigade urges parents to assume their roles.

The incivility among college students in public places, especially on bus stations, advances Basher Taleb, does not date from the last rain. The police, he laments, unfortunately did not do much to curb this degradation of morals. “It is only now that the police are taking action. But beware, they are not allowed to use physical violence in order to restore order, ”insists Basher Taleb.

I am of the opinion, continues our speaker, that a special program must be introduced in order to help college students who are involved in acts of incivility. “The miners’ brigade is a preventive body. The best would be to create a special unit, staffed with professionals in the field of ‘counselling’ and other psychologists, whose aim would be to promote an educational approach towards these children and adolescents with problems. In practice, at the slightest misconduct in a public place, the case must be immediately referred to this unit,” continues Basher Taleb.

The President of the Federation of Union of Managers emphasizes that a work plan must imperatively be drawn up in order to solve the problem at the source. “And if the need arises, school officials must work together to bring these problem students back on the right track. But it’s out of the question to stand idly by in the face of such a situation, ”he insists.
Rita Venkatasawmy, the Ombudsperson for Children, believes that we must first “understand the reasons for these behaviors before making value judgments about these young people”. She pleads for an assessment of the behavior of children who find themselves involved in acts of incivility. “This kind of assessment, which must be carried out on a case-by-case basis, is more than necessary,” argues Rita Venkatasawmy.

“There are a good number of children who grow up in unstable families or in rehabilitation centers (RYC). Our studies show that it is this category of children who show behavioral problems in the sense that they want to be the center of attraction at all costs. These children really need to be supervised by real professionals. In other words, we must review the frameworks that are being provided to children who are in the red”, suggests the Ombusperson for Children.

Rita Venkatasawmy is also of the opinion that a tailor-made support program should be implemented for these problem students. “We also need to introduce a national policy, which revolves around a therapeutic approach, to resolve this situation. Punishment will not solve this problem,” she said.

Between two and four reported cases

The brigade for the protection of minors stresses that incivility among young people is a “global scourge”. “It would seem that in Mauritius, young people do not know their responsibilities. There must be a flaw somewhere. Whose fault is it ? Parents or schools? we ask. This is the reason why, continues the brigade for the protection of the family, the sessions of ‘moral values’ are very important.

“Our surveys show that the majority of cases of rebellion and incivility begin at school and end in public places such as bus stations or in buses, among other places. Incidents that take place in schools are not reported by management,” it is noted.

The role of parents questioned

“Within the brigade for the protection of the family, we conduct awareness campaigns as well as talks in various schools across the country. But parents have their roles to play in the sense that they must inculcate good values ​​in their offspring,” it is noted.

Rita Venkatasawmy: “I condemn the aggressiveness of middle school students but…”

The Ombudsperson for Children, Rita Venkatasawmy, is adamant. “I condemn the aggressiveness of college students, but we still have to see the root causes of the problem in order to find solutions,” she says. Our speaker also stresses that “society is changing and a child remains vulnerable”.
“That’s why coaching is so important. Measures must be implemented to allow the child to evolve. It all starts with an ‘Assessment’ of the situation. Advisors should come into play afterwards. The latter must work as a team in order to deal with the problem at the source,” she suggests.

Pascal Letang: “I filmed, one of the police saw me and alerted his colleagues”

The video, showing Pascal Letang, a 17-year-old schoolboy being brutalized by elements of the police in the Rose-Hill region, made the rounds of the Web on Tuesday afternoon. He went to the Independent Police Complaints Commission (IPCC) with his mother and his lawyer on Wednesday.

“I was waiting for an individual near the Metro Express station when I saw the police threatening a boy with their truncheons. I filmed. One of the police saw me. He alerted his colleagues. In the subway, some college students were shouting: ‘Krapo’. ‘Bann la inn vinn ek mwa direk’. They assaulted me with truncheons on my left cheek,” Pascal Letang told Téléplus when he left the IPCC on Wednesday.

Incivility of middle school students on public roads: advocacy for the introduction of a tailor-made program