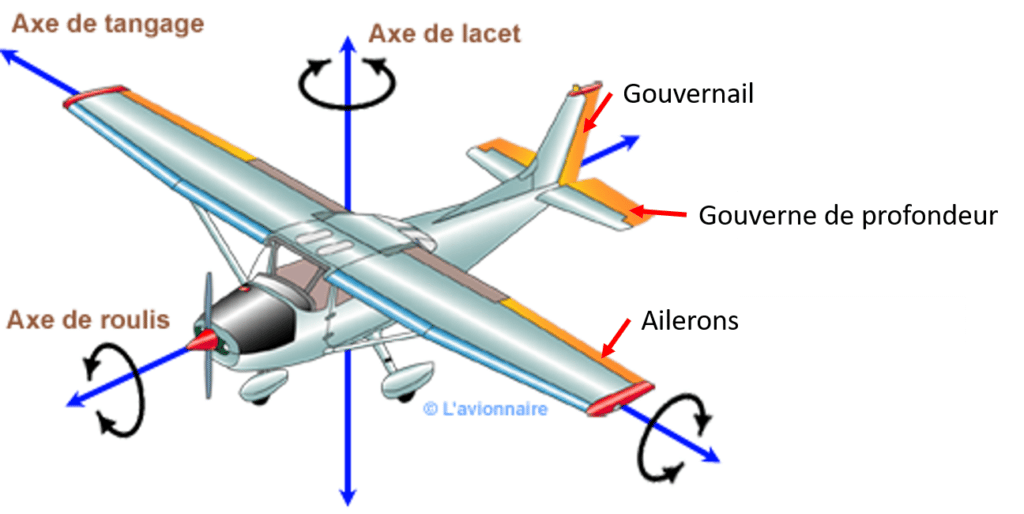 Man has always wanted to fly, and taming this technology has allowed great advances. Although the first airplane was invented more than a century ago, watching planes take off and land rarely leaves you indifferent. How can an airplane weighing almost 600 tons fly? What physical phenomena are involved?

The first flying machines were kites, invented thousands of years ago in Asia. Although tethered to the ground, these lightweight wings have more recently carried weapons, cameras, and even people. They are used for sports, ceremonies, fishing and even to carry messages, and they have taught us a lot about the physics of flight.

In the 1480s, Leonardo DeVinci applies his artistic and technical genius to the mystery of flight. His ornithopter invention allowed the pilot-passenger to flap giant wings like a bird, and his helicopter-like invention featured a screw-shaped sail. His machines, however, were never built at the time.

To design a plane efficient, engineers must master the balance and control of four forces: lift, gravity, thrust and drag, also called the “four forces of flight”. By adjusting these forces, pilots can speed up, slow down, take off and land their aircraft, whether it’s an airliner, military aircraft or private jet. But scientists are still debating to understand exactly why this phenomenon occurs. This will certainly not reassure those who have a phobia of heights.

The most common explanation is: the plane flies because it has wings! But what is it exactly? How do these wings allow us to fly? The principle is simple: air moves faster on the more curved upper surface of the wing than on the flatter lower surface. The faster a fluid (like air) moves, the less pressure it exerts, a phenomenon known as Bernoulli’s Principle, named after its discoverer, Daniel Bernoulli, an 18th-century Swiss mathematician.

Thus, the slower moving air under the wing exerts more pressure on the wing than the faster moving air above it. This produces a net upward (upward) force called lift, which pushes the aircraft upwards and balances the downward pull of gravity. This explanation, although accurate, still does not explain exactly why the air flowing over the wing moves faster.

Not to mention that according to this explanation, the planes would be unable to fly on the back because they would be attracted downwards because of their curved wings, yet they do! Similarly, there are planes with wings having a symmetrical profile on both sides, and yet they fly perfectly.

This is why, as explained by mathematician Jef Raskin, one of the creators of the Macintosh computer, Isaac Newton’s laws of motion provide a complementary explanation. Raskin states in an article in the New York Times : “ A wing is just a device to force air down “. According to Newton’s third law — for every action there is an equal and opposite reaction — the downward force the wing applies to the air produces an upward force of the air on the wing, called lift.

On a strictly mathematical level, engineers know how to design functional aircraft. But the equations do not explain why aerodynamic lift occurs. These two competing theories shed light on forces and lift factors, but are incomplete. Aerodynamicists have recently attempted to fill in the gaps in understanding. However, no consensus currently exists.

Modern airplanes are far more complex machines than the Wright Brothers’ first glider. However, despite their sizes and thousands of parts, they need the same four forces to take off and stay in the air: gravity, lift, thrust and drag.

Yaw is the turn of an airplane. When the rudder is turned to one side, the plane moves left or right. The nose of the aircraft is pointed in the same direction as the direction of the rudder. The rudder and ailerons are used together to achieve a beautiful turn. The rudder can also be used to make quick adjustments during a landing, or to help turn small planes on the ground efficiently without tipping them over.

The mastery of aeronautics has made it possible to overcome a significant number of obstacles for international trade, but also for the mobility of populations. Since the crisis linked to the COVID-19, private jets appeared to more and more affluent people as a safer and less restrictive alternative to conventional flights with airliners. The number of private jets used is only increasing.

Nevertheless, according to the European non-governmental organization Transport & Environment (T&E), private jets are 5 to 14 times more polluting than commercial planes (per passenger), and 50 times more than high-speed trains, emitting nearly two tons of CO2 in one hour of flight.

Nevertheless, private aviation is a considerable tool for companies in terms of productivity and saving time. This is why, as mentioned in an article on the AEROAFFAIRES website : “ Players in the sector are forced to innovate by developing new projects, with jets that are both more efficient and less polluting. New aspirations are emerging on the part of consumers, who expect private aviation to make efforts from an ecological point of view. We are witnessing a collective challenge by airlines and air operators to compensate or even reduce their emissions of greenhouse gas “.

How does an airplane fly?

THE EYE OF THE WITNESS OF THIS TUESDAY
Frédéric (Married at first sight) ruined: “I could no longer feed my son” – Gala
“Markets must be aware of the price at which we, the producers, must sell our fruits”
Tweet
Share
Share
Pin