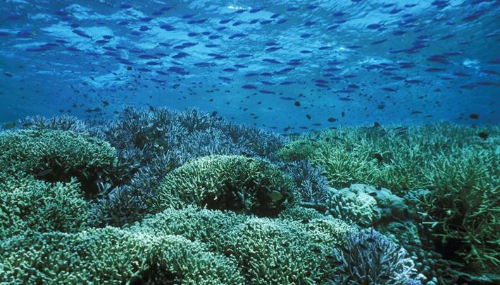 The expert in environment and sustainable development, Abdallah Rattal, returns in an interview granted to MAP, on the potential of Morocco in terms of blue economy, its commitments and the opportunities for growth of the sectors which form this economy.

What are Morocco’s assets in terms of the blue economy?

I think that the blue economy is one of the pillars of sustainable development in modern Morocco, within the framework of the challenges and orientations of the National Sustainable Development Strategy (SNDD) and the New Development Model (NMD). It completes the picture of sectoral strategies undertaken by the country in several areas, including agriculture, environment, industrial acceleration and tourism.

It is a priority and beneficial economy for a country which has a coastline which extends over 3,500 km, on two sides, the Mediterranean and the Atlantic, with 9 regions having a coastline out of 12. Morocco continues to be a maritime country par excellence.

It is obvious that the marine and coastal environments constitute an immense strategic asset for Morocco, first in terms of its privileged geographical position between two seas, and then by ensuring several primordial roles at all levels: historical with a rich history linked to the sea, economic in terms of fishing resources, tourism and exchanges with countries of the world, cultural where the coast exists in the imagination of Moroccans, an effect of inspiration among creators, and a place of spiritual monuments.

The natural potential is significant, with the variability of coastal and marine ecosystems which harbor a rich biodiversity of fauna and flora, sometimes with sites or species of global interest. Fishery resources contribute to the country’s food security and to the local economy of small-scale fishermen and coastal populations.

Taking into account the aggressions and degradations suffered by the coast, the major challenges are preservation and sustainable use, through rational governance based on the principles of the Integrated Coastal Zone Management (ICZM) approach, reflected in the provisions of Law 81-12 relating to the Littoral.

What are Morocco’s commitments towards a blue economy?

In addition to the commitments in the treaties on the sea, Morocco has made concrete commitments which demonstrate its desire to preserve the areas and ecosystems of the coast and to modernize the exploitation of fishery resources to derive the best benefits from them, with a vision of sustainability, and by developing new sectors such as aquaculture.

In this context, there was the adoption of Law 81-12 relating to the coast, as well as the National Coastal Plan, the decree of which was recently published in the Official Bulletin. But the major strategic action is the Halieutis 2010-2020 plan which constitutes the start of a real consideration of the blue economy in the country’s development policy. All aspects have been the subject of concrete measures and projects, giving rise to very positive results.

The strengthening of fisheries management infrastructure and methods (ports, fishing villages, support programs, etc.) was accompanied by the attraction of investments, the training of human resources, and institutional strengthening. In addition to the National Fisheries Research Institute (INRH), which plays a central role in the scientific management of fisheries and the preservation of the environment, there has been the creation of the National Agency for the Development of Aquaculture ( ANDA) which constitutes an institution of great interest for the start-up of ambitious aquaculture. The implementation of its strategy forms an essential pillar of the blue economy in Morocco.

As part of a national blue economy strategy, the World Bank granted a $350 million loan to Morocco to support the launch of the government program for the development of the blue economy.

This program is part of a cross-sectoral vision, where sectors and regions will cooperate to maximize the benefits of the sustainable use of marine and coastal assets. A first phase of this program began in 2021 by aggregating the ministerial program budgets (2022-2026).

How can the blue economy be, thanks to the growth opportunities presented by the sectors that form it, a lever for socio-economic development in Morocco?

According to the report of the Economic, Social and Environmental Council (CESE) on the blue economy, the fishing sector represents between 1% (primary activity) and 2% of the gross domestic product (including recovery activity), with the creation of 700,000 direct jobs, making Morocco the leading fish producer in Africa, as well as the 13th globally.

The opportunities for growth and development for the different productive sectors that form the blue economy in Morocco are countless. The term “Economy” used in the expression “blue economy” makes sense, because it is an economy that brings together very diversified branches of activity, and each of them must be the subject of its own strategy.

We can add many other activities and infrastructures that are strategic for the country or essential for the local economy, some of which are new or underdeveloped 3: Aquaculture, seawater desalination stations, offshore industries, shipyards naval, renewable energy parks (offshore wind turbines, floating photovoltaic solar power plants, wave and tidal energy), marine biotechnologies, water sports, etc.

Morocco has the opportunity to develop “coastal clusters” which attract investment and create jobs.

How will the loan of 350 million dollars granted by the World Bank in support of the blue economy in Morocco, will it contribute to the transition (towards a blue economy)?

The World Bank’s support for the new blue economy development program is part of the very successful cooperation with this international financial organization in all areas.

I believe that this support will enable Morocco to achieve the objectives it has set for optimal development of blue economy activities, with positive spin-offs on its economic growth, on social indicators and better promotion of the products of the sea, while strengthening the preservation of the environment and the conservation management of fisheries resources.

In addition to the optimization of the investments of the major operators in the sector, we must not forget its significant contribution to the fight against poverty made possible by the development of this economy, as well as the improvement of the living and working conditions of small fishermen or stakeholders.

Among the objectives of this program, it is worth highlighting institutional and financial strengthening, as well as coordination between all the parties concerned, which is an essential element for establishing good governance of the blue economy.

At the level of the core business, the main objective is to improve the integrated management of fisheries resources, with modernization and capacity building for fishermen and other actors concerned, in order to increase the added value, to optimize the resources in an optimal way and attract investments capable of creating jobs and wealth, while respecting the principles of sustainability.