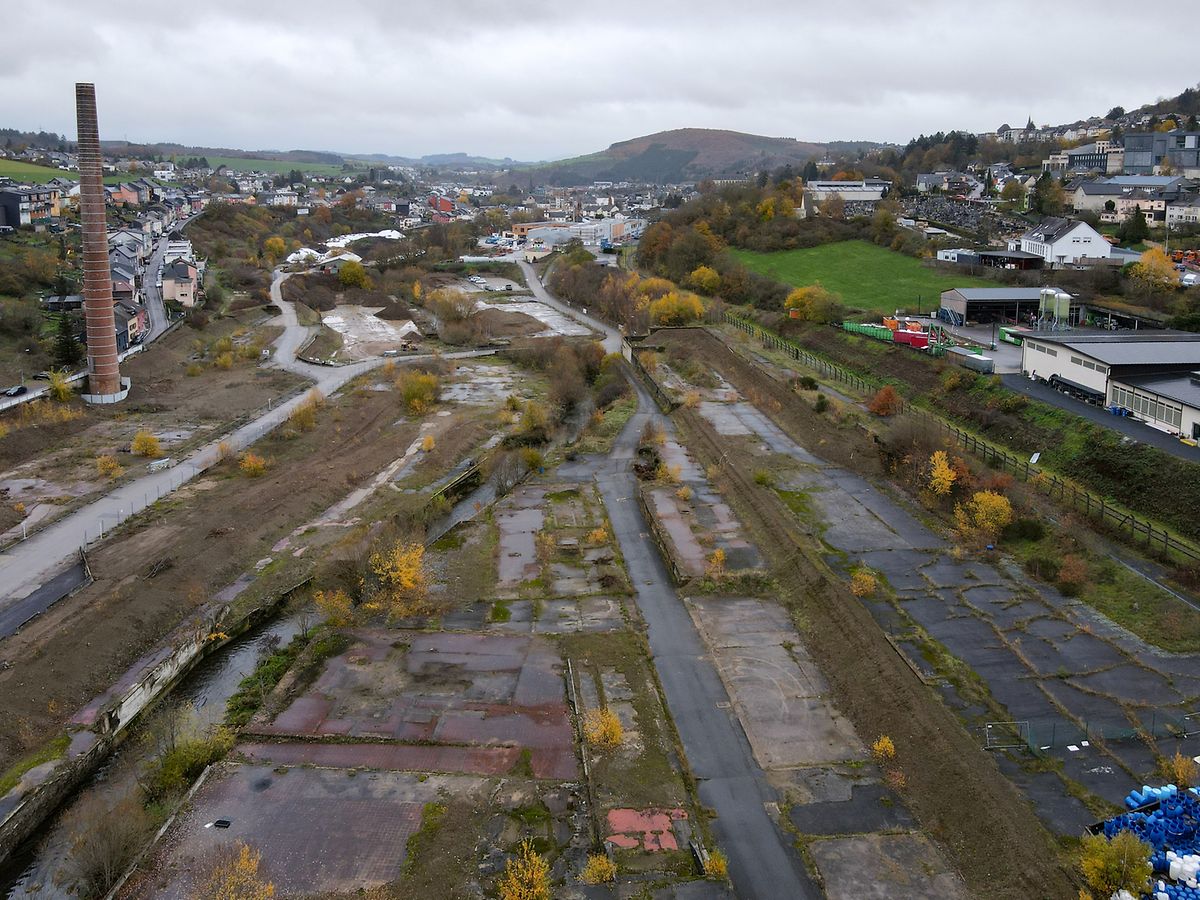 With the “Wunne mat der Wooltz” project, 1,085 homes will be built. Sustainability and integration play an important role here.

With the “Wunne mat der Wooltz” project, 1,085 homes will be built. Sustainability and integration play an important role here.

34 hectares, 1,085 homes and 2,500 inhabitants: the project “Wunne mat der Wooltz will considerably change the face and structure of the town of Wiltz in the years to come. Groundbreaking was given on Monday, kicking off a construction project that will provide affordable housing, jobs and bring citizens together.

The start of the housing construction project

“Industry is part of the town’s history. But by disappearing, she left a big void,” said the mayor of Wiltz, Fränk Arndt (LSAP). It is this wasteland that the Housing Fund must fill by creating new housing.

The first plans for the redevelopment of the district date back to 2009. From 2012 to 2014, land was purchased, security measures were taken and the first demolitions were carried out. A year later, the focus was on developing the master plan. This was completed in 2016, which made it possible to launch the studies for the partial development plans.

The first phase consists of renovating the site. The planned budget is 120 million euros.

After the adoption of the first special development plans (PAP) in 2018, a new step was taken: the recruitment of teams to manage the servicing, sanitation and renaturation works. In 2019, construction work on the school campus began. An important step was taken last year with the adoption of the financing law in the amount of 286 million euros. Of this sum, 120 million euros will be devoted to rehabilitation alone.

The largest social landlord in the country, at the head of more than 2,000 housing units, is involved in the construction of several thousand affordable housing units.

From Idea to Realization: The Next Steps

The project was designed according to the principles of the circular economy and is based on a solidarity economy, sustainable urban planning and architecture as well as soft mobility and energy neutrality.

On an area of ​​34 hectares, in addition to the 1,085 individual and collective dwellings, a new primary school (opening for the start of the 2023 school year), a relay house, nurseries, sports facilities, the music school as well as the first Luxembourg museum for children will be born.

The creation of a regional hub with a bus and train station should facilitate the transfer to public transport. So that the neighborhood is not concreted despite all the new construction – which is regularly criticized on social media – one third of the site is made up of green spacesincluding in the form of parks and playgrounds.

Click on an image to open the photo gallery

Five passages connect the two sides of the new district.

Five passages connect the two sides of the new district.

A third of the total site will be made up of green spaces.

New school and sports facilities are expected to bring the neighborhood to life from the start.

Three footbridges for pedestrians and cyclists as well as two combined crossings for vehicles and pedestrians will be created over the Wiltz river. The district will be supplied by a heat network with neutral emissions.

In a first phase, the districts of Geetz, Gierwerei and Nordhang will be realized. The Geetz district comprises five plots for 16 family houses, 26 apartments and a multipurpose building with 34 apartments. It is also planned to build a parking lot for vehicles and bicycles as well as a waste collection station for the district. In the Gierwerei district, 144 homes, shops and parking will be built. In the Nordhang district, 67 housing units and parking are planned. The different stages will begin in 2023 and should be completed in 2028. Note that all accommodation will be rented.

The QBuild office was responsible for managing the project. Also involved in the project are the temporary association Act 360°/SGI for project management assistance and the architectural firms Thillens & Thillens Architekten, SteinmetzDemeyer Architekten and M3 Architekten.

By 2026, public developers must complete 4,420 affordable housing units. This is what emerges from the 2021 report of the Special Housing Fund.

In order to preserve the industrial heritage, the “Ideal Building” will be renovated and transformed from October 2023. The building, unoccupied since 1993, hosted the administrative functions of the Ideal leather tannery (1912) then of the Eurofloor company /Tarkett (1960). The building must be renovated soberly and at a minimum, according to the principles of the circular economy, to then accommodate rental areas, offices and a microcentre for the needs of the Housing Fund. The design of this project was entrusted to the Carvalho architects office.

What the new district means for Wiltz

“This project will have a huge influence on the future of the municipality,” summed up mayor Fränk Arndt. If the municipality, classified as a center of attraction and development (CDA), currently has around 8,000 inhabitants, its growth to more than 10,500 citizens represents a great challenge. Living, living and working are, according to Arndt, areas in which the city must position itself well.

We must ensure that there is no collapse on the roads and railways.

Fränk Arndt, mayor of the municipality of Wiltz

To enable citizens to find jobs in their place of residence, additional activity areas have to be identified. By integrating offices, commercial premises, restaurants and service companies, it is also hoped to create new jobs. At the same time, the energy balance plays a role: “We must prevent the inhabitants from having to travel daily to the capital”, explains the mayor.

The first stage of construction was launched on Monday with the first pickaxe.

The first stage of construction was launched on Monday with the first pickaxe.

Before the first inhabitants move in in 2025, there is still a lot to do for the workers

The works of the primary school are already well advanced. The first students should be welcomed there for the start of the 2023 school year.

2,500 new citizens are expected to live in the new district.

2,500 additional inhabitants nevertheless mean an increase in traffic in the city. “We must ensure that there are no traffic jams on the roads and railways,” warns the mayor.

But you also have to succeed integration between current residents and new citizens . “An important objective is to give life to the district as quickly as possible”, underlines the mayor. Thus, the first students of the current Millermoaler Schoul and the relay house attached to it should be welcomed in the new primary school from the start of the 2023 school year. The construction of the station, the music school, the sports hall and the children’s museum should make it possible to take the step of cohabitation from the start.

“All well planned, there remains still a lot to do in the years to come”, emphasizes Fränk Arndt. And to add: “Our goal is for the Wunne mat der Wooltz district and the locality of Wiltz to develop together.”

This article first appeared on wort.lu/de

The museum opened its doors two years ago. Due to the pandemic, it could not be inaugurated until Friday.

The government has just passed two funding bills to help build the new district of Dudelange. Work on the site should be completed in fifteen years.

If its predecessor has hardly borne fruit in terms of the construction of affordable housing, the new system voted in the Chamber is intended to be more restrictive (and more ambitious). But the terms are not to everyone’s taste.

The municipal council approved, on Monday, the construction of the “Guddebierg” housing estate. A project comprising 99 single-family homes and 311 collective dwellings. At least 10% being reserved for low cost housing.

There are as many apartments as houses in Luxembourg, indicates a Statec study. The trend for the next few years should see the number of apartments increase.

The former industrial wasteland of Tarkett in the heart of Wiltz will become by 2030 a vast urban complex of 25 hectares designed on the mode of the circular economy.

Affordable housing for 2,500 people in Wiltz