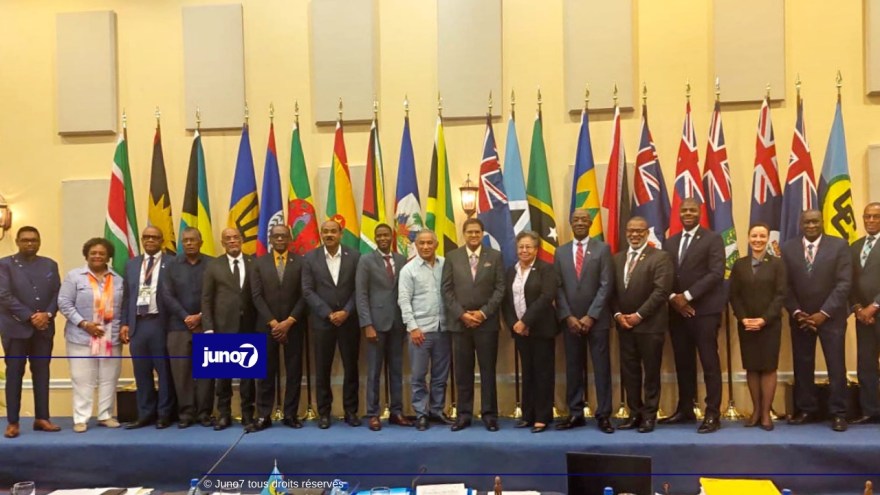 The Haitian delegation led by the Prime Minister Ariel Henry signed two instruments for cooperation in the region at the 43rd Meeting of CARICOM Heads of Government.

During the 43rd regular session of Heads of State and Government of the Caribbean Community, in which Prime Minister Ariel Henry took part, two instruments of cooperation at the regional level were signed. This is the protocol amending the Revised Treaty of Chaguaramas to incorporate the National Security and Law Enforcement Council (CONSLE) and the establishment of the CARICOM Crime and Security Agency (IMPACS). ); as well as the agreement establishing the Caribbean Authority for Education in Medicine and Health.

The Haitian delegation spoke of these instruments as being very important for the full integration of Haiti into the community process. Regarding the Single Market and Economy of the Caribbean, Haiti is committed to signing soon certain instruments to enable the country to get involved in the process of economic integration of the regional community. These are the Protocols on Public Procurement at the Regional Level and the Revised Treaty of Chaguaramas Establishing the Caribbean Community and the Single Market and Economy with a view to enhancing cooperation between Member States.

During this session held in July, which marks the twentieth anniversary since Haiti became a full member of CARICOM, issues of importance to the community were addressed such as regional security and mainly question of intra-regional cooperation in this area; regional food security; COVID 19 and the emergence of other health threats and the development of an industrial policy at the level of the Caribbean Community.

This act, specifies the President of the Haitian delegation, was welcomed by the other Member States as a strong gesture of the full will of Haiti to help to advance this process of integration. Indeed, the full integration of the country in the process is of major interest both for the rest of the community, which has an extra-regional import of approximately 30 billion US dollars, and for Haiti which can already use the only component single market not only to stimulate national investment and to encourage the attraction in its economy of foreign capital which is so lacking in its economy and in the country as a whole.

The Haitian Prime Minister, Ariel Henry, after the two meetings with respectively the Minister of Foreign Affairs of Singapore, Karen Tan, and the Secretary General of the Organization of African, Caribbean and Pacific States (OACPS), Georges Chikoti , met with the Secretary General of the Association of Caribbean States, Rodolfo Sabouge. These exchanges focused on issues relating to the Haitian socio-political situation and issues of cooperation, for some, and strengthening of cooperation, for others.

Meetings with the Haitian community

PM Henry then met with the Haitian community in Suriname. Religious leaders and entrepreneurs belonging to this community of about 10,000 compatriots have raised the difficulties encountered for the issuance of official documents, in particular extracts from archives, marriage certificates and passports. The PM has pledged to deliver the late passports by August through the Consulate General of Haiti in Suriname.

Also, they asked Prime Minister Ariel Henry to intervene for the establishment of a direct flight between Haiti and Suriname; this project is unlikely to see the light of day following discussions between the President of Suriname and the Prime Minister of Haiti. Expressing their concern on the issue of security in the country, the Head of Government again promised soon improvements with the purchase of adequate equipment for the National Police of Haiti in order to create a favorable climate for the free movement of property and population.

Jean D’Amérique, winner of the Heredia 2022 prize from the French Academy