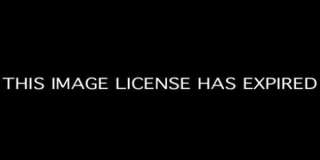 DREAMS – The last time you woke up from a dream, you may have wondered why you came back to high school, standing in front of your locker, unable to remember the key combination. When it comes to the meaning of dreams, most of us expect them to reveal truths about our mental health, whether it’s about a life event, a relationship, or just a memory.

But after recent research pointed to a possible link between externalizing dreams and a common form of dementia, perhaps our dreams can tell us more about our physical health.

The research, presented at the annual meeting of the American Academy of Neurology, found that men with a risk factor for dementia “Lewy body“, associated with what is called REM sleep behavior disorder, are five times more likely to develop this type of dementia. The same sleep disorder has also been linked to Parkinson’s disease, whose symptoms are similar to the Lewy body dementia.

– 10 tips to recover after the (one) Sleepless Night

– To put baby to sleep, let him cry

– Lack of sleep makes you fat

– The 9 benefits that dreams bring you

Without it being scientifically proven yet, some patients and doctors testify that dreams have predicted cancer, alerted a patient to tuberculosis, or even warned of a heart attack. There is little – if any – scientific evidence that certain dream symbols can be interpreted as indicative of real health problems.

But there is some concrete evidence that if you have more, weirder, or more recurring dreams, these can take on special meaning to your physical health.

If you’re the type to ignore the signs that tell you that you’re out of sorts, maybe a really scary nightmare will be more convincing. According to Mayo Clinic.com, being sick can trigger nightmares, especially if your illness is accompanied by a fever. If you weren’t paying attention to what your body was trying to tell you before, maybe it’s time to do so in the aftermath of this weird nightmare!

Stress has taken hold of you

You may also be ignoring the signs of more stress than it seems. When we ignore what weighs us down, these stressors can follow us to bed. According DoctorOz.com, stress sometimes manifests in dreams with common themes such as missing a plane, or seeing a tidal wave approaching. Other times, a particularly bizarre dream can help you realize that it’s time to calm things down. Some say that stressful dreams can actually be a big help, if they reveal what’s really bothering you and why you are in this state.

You may have hypoglycemia

According to the website WebMD, if diabetics experience a large drop in blood sugar, bad dreams and nightmares can be possible symptoms. Abuse of insulin or certain medications can cause this drop, called hypoglycemia. Of course, most people with diabetes learn to recognize the early symptoms of low blood sugar before nightmares signal the problem. But hypoglycemia can occur during sleep.

Many mothers can testify to having dreamed more when they were pregnant. During the nine months of pregnancy, dreams seem to increase, but strange and striking dreams become particularly common. Although having more – and often more frightening – dreams isn’t always pleasant, an expectant mother who dreams a lot may actually be lucky: an Israeli study of 166 pregnant women found that the more a woman dreams distressing dreams, the less likely she will be to develop depression postpartum. And an Italian study of 290 women linked having more (and more disturbing) dreams to shorter delivery times.

If stress and anxiety can cause strange and often disturbing dreams, it seems logical that more serious mental health problems can interfere with your sleep. WebMD indicates that bipolar disorders are known to cause strange or particularly vivid dreams in some people. And a study of Vietnam veterans found that 52% of veterans with post-traumatic stress disorder (PTSD) have frequent nightmares, while only 3% of civilians do, according to the Department. United States Veterans.

If you notice that you often have nightmares or very vivid dreams, consider talking about your sleep with your doctor. Seeking a solution to both of these issues can improve the quality of your sleep.

Apps can help control your dreams. Are you tempted? See you in the following slideshow:

When dreams alert you to your health problems