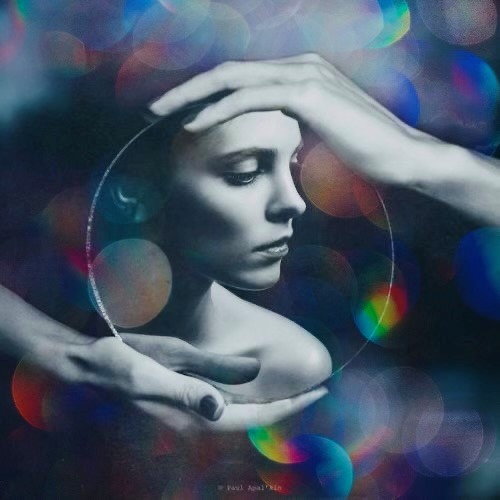 “Every analyst always feels the transference in wonder”, wrote Lacan, wonder linked to the unexpectedness of a totally spontaneous phenomenon in the patient, so that no strategy of the analyst could provoke it nor any explanation definitively produce its meaning. The marvelous is linked to the mystery, and there is a mystery that is renewed each time in the inner springs of the choice that a patient makes of his analyst, and in what this analyst then comes to represent for him.

That a psychoanalyst so often finds himself resembling the essential figures in the lives of his patients is one of the most astonishing manifestations of transference. This resemblance can reveal itself long after the beginning of the cure, through unexpected features or in apparent coincidences of which only the unconscious knows how to organize itself.

The case of one of my patients constitutes, in this respect, a confusing testimony. A foreigner, she had been separated from her mother at the age of four and had almost no memory of her. His father, having found refuge in France after being immersed in criminal affairs, had taken his three children there. He had never shown them a photo of their mother or told them why the couple had abruptly separated in a hasty departure with no return. He had only told his daughter, the year of her sixteenth birthday, that her mother had succumbed to a serious illness in her country of origin a few years after this departure.

A painful feeling of wandering

This patient came to see me near her fortieth birthday, in the name of a feeling of wandering and continual despair for which, in her words, “neither time nor drugs provided any remedy”. Yet, she said, “my life wouldn’t be so bad if these feelings didn’t destroy it.”

In the first few months after we met, she had a dream several times that featured a woman with long brown hair and green eyes. This physical description corresponding to me, we thought that the dream concerned analysis and belonged to this category called transference dreams, but without being able to go further. The dreamlike scene of this woman in the rain in a dark street, her shoulders shaking with sobs, dressed in a dress characteristic of the 1940s, remained enigmatic.

The link with the age of the patient, or perhaps with the maternal figure, was a plausible hypothesis but impossible to confirm with certainty. A deep sense of grief accompanied the dream, which was always trying for my patient, because she woke up crying, and her tears then lasted for long minutes. Insofar as the thoughts that she associated with this dream stopped there, there was no question of interpreting it in a haphazard way, by making these images say what my patient herself did not say or did not say. could recognize it. There was indeed a transfer at stake in this situation, but beyond the immediately thinkable. My patient having decided during her analysis to undertake serious research, one day she had in her hands a photo of her mother. She then discovered a woman with long brown hair and green eyes, which her ethnicity made quite unlikely. She then said that the woman in the dream was her mother, and that she was crying, in this twilight street, because reluctantly she had to leave, that is to say leave life, unable to recover from the fatal illness having carried her around her forty years.

Giving this meaning to her dream was a turning point in the life of this patient. She was able to find there the mother of love, “sweet, lonely and sad”, the one who did not want to abandon her little girl, had never replaced her nor had ceased to cherish her. A great relief resulted for her: despite the poignant sadness of the scene and the irremediability of death, this patient had found the anchoring of a point of origin as soon as she could think of herself as having been desired. and loved by his mother.

A dream from the prodigy of analytical transference

Shortly after this discovery of an astonishing resemblance having also moved me, I myself dreamed of a woman resembling the photo. Without a word, with a characteristic gesture, she said thank you. No interpretation on the side of the occult is required to shed light on a prodigy of the transference of which the knowledge of the unconscious suffices to account. My patient was certainly carrying either archaic memories of her mother, or elements of speech having spoken to her about her in her family environment (and perhaps both). The forgotten features, seen or heard by her, have returned without her knowing it in the choice of her analyst. The analytical bond then provoked reminiscences being at the origin of her dream which, in a way certainly consistent with reality, fulfills her desire to have been loved and mourned by her mother after the forced separation imposed by the father.

For my part, I carried without knowing it this astonishing resemblance to this woman, and the maternal value that the love of transference would take on for my patient, the love that I gave her and which she felt could not be lost. ‘to abandon. While waiting to be able to retie the threads of her story, she went through the analytical link to feel anchored and loved: go through is one of the meanings of the term transfer, as one speaks of a transfer ensured by a vehicle, here a vehicle of love.

It was based on this transfer that her desire to know was set in motion and then in action: she had the strength to launch research likely to lead her to truths that she could not envisage confronting before the ‘to analyse. As long as she was alone, she felt “like a wisp of straw that one more violent breath would have scattered to the four winds” (these are her words). “Besides, I no longer desired anything, she also said, neither to love, nor to know, nor even to live.” The hard revelation was the one which, in the investigation, irrefutably confirmed the statements of his father as to the early death of his mother. “What hurts me is not losing hope of finding her, which I hadn’t had for a long time, she said, but knowing how alone, lost and desperate she could have been.” My patient interpreted her tears on awakening from her dreams: she wept for her mother’s misfortune as she imagined it after the father’s final decision.

Identification with the lost person: a modality of mourning

“Do you think it possible that there is a close connection between these feelings that you say today belong to your mother and yours when you came to see me? You were speaking, precisely, of wandering and endless despair in your life?” As she endorsed this idea, struck by the similarity of the terms, I explained to my patient that identification with the lost person was one of the modalities of mourning, in particular when this mourning was experienced as impossible. It may be impossible, for example, to mourn a person who cannot be remembered or when there is no tangible proof of their death.

My patient was able to recognize then that she carried within her these destructive feelings of wandering and despair like those which she had unconsciously thought marked the fate of her mother. This discovery had a powerful liberating effect on her. Separating from this unconscious identification with his deceased mother allowed him to mourn her and to love her, in the sense this time of a possible mourning.

My own dream of the woman in the photo seems to me to be directly readable in the field of the analyst’s desire, such as it presides over this “bond of abnegation” found at work for the conduct of each to analyse. This bond consists in not asking anything of the patient for oneself (“a desire without demand”, said Lacan), in consenting to his love and in offering him that of the analyst. For the patient, he is in no way an alienating attachment, but a passage, or more exactly a ferryman who carries (who transferred) a subject on the shore of new possibilities, returns it to his life, and here to his mother’s love. That’s what, in my dream, she was thanking me for.

These astonishing resemblances which occur in analysis

I dreamed that I was losing my hair: what does that mean?
Jean-Michel Testard: carpet merchant and weaver of threads, words, and ties
Vacuum cleaner, dust: what are the meanings of cleaning in our dreams?
Tweet
Share
Share
Pin