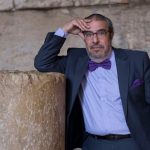 The “dreidel” (Yiddish) or “sevivon” (Hebrew) is perhaps the most famous custom associated with Hanukkah.

An encyclopedic anthology on the holidays celebrated in Israel, ‘the Sefer Hamoadim’ explains that the game was created in Rome, or in ancient Greece, and brought to England by Roman soldiers or settlers – which explains the letters on some English faces, Roman (Latin): A for ‘aufer’ (take from the pot), D for ‘depone’ (put into the pot), N for ‘nihil’ (nothing) and T for ‘totum’ (take everything).

The toton is a spinning top made of wood, or other materials such as ivory, consisting of a cube crossed by an axis. It is thrown above a table of numbers with the hope that it will stop on the desired one. Known since Roman antiquity, the toton takes its name from the Latin totum (“everything”) because it was used for games of chance according to the principle of dice. Each of the sides of the circumference was marked with a letter: A (accipe, “receive”), D (da, “give”), P (pone, “pose”) and T (totum, “everything”, take all the challenges).

This game has remained famous, in particular because of the portrait painted by Chardin under the title “L’enfant au toton”. He had chosen to ask his model to indulge in this game which fascinated him: it was with the hope—rewarded—that this agitated child would remain calm long enough to paint his portrait.

Most scholars seem to agree that the “dreidel” is derived from the English version of the spinning top, called “Teetotum”. The Oxford English Dictionary says the ‘Teetotum’ dates back to ancient Greek and Roman times, leading some to believe it may have been used in the Hasmonean dynasty – and others to think it was. is where its tenuous connection to Chanukah begins.

By the 16th century the game of ‘Teetotum’ had become increasingly popular in England and Ireland, in 1801 the letters adorning the sides of the board were changed to serve as a method, a technique, to aid memorization. As for the rules of the game in question: H would mean “half”, P “rest” and N “nothing”, it became particularly popular at Christmas and made its way to other parts of Europe.

When “Teetotum” arrived in Germany, the letters on the top, called “torrel or trundel”, were changed again to better signify the local language: G = gantz (all), H = halb (half), N = nicht (nothing) and S = stell ein (to lay down).

Germany also appears to be where Jewish children caught wind of the game and embraced it, turning it into a holiday pastime like the Christmas-inspired gifts that were incorporated into Hanukkah festivities.

Yiddish-speaking Jews changed the name of the spinning top and game to “dreidel,” from the German word “drehen,” meaning “to spin.” They modified the top again, replacing the letters with their Hebrew counterparts. The value and meaning of the letters remained the same, but G became ‘guimel’ (all), H became ‘hey’ (half), N became ‘noun’ (nothing) and S became ‘shin’ (put).

Although it is not known exactly when, the Hebrew letters then took on an additional meaning related to Hanukkah, denoting the first letter of each word in the expression “Nes gadol haya sham” – a great miracle happened there. (In Israel, the dreidel will be called sevivon, and the letter shin replaced by a P, which means “po”, or here.)

This is a reference to the Maccabean victory over the Seleucids, or Syro-Greeks, in 165 BCE and the dedication of the Temple in Jerusalem. This is where, according to the Hanukkah story, the Eternal Light miraculously burned for eight days using a day’s supply of oil.

History has it that when the ancient Greeks forbade the study of Torah, Judean children outwitted them by playing with a spinning top – a popular type of game – while learning Torah orally. This way, if the Greeks wanted to eliminate the Torah scholars, they would instead find a group of renegade “players” and leave them alone. However, not everyone believes this cool story. While the little ones played spinning tops, the adults indulged in riddles, charades and other mind games:

Makabi (“The Hammer”) is reinterpreted as an acronym for Shemot 15:11 (מי כמוך באלים הי “Who is your equal among the gods, Lord?”notwithstanding the substitution of the letter kaf for the qof) or the last letters of Avraham, Yitzhak, Yaakov.

Over time, specifically Jewish meanings are found in this quintessentially European toy:

the letters Nun, Gimel, Hei and Shin are found in various forms in the Tana”h (the Bible), anagram in Bereshit 46:28 (“Yaakov had sent Yehuda ahead, to Yosef, to prepare for him the entrance to Goshen.” – Goshena is spelled gimel-shin-nun-hei) or acrostic in tehillim 74:2 (“Remember Your community, which You acquired in the past, Your tribe, Your property, which You delivered, this Mount Zion where You fixed Your residence!”).

The letters of the top represented the four kingdoms threatening the existence of the Jewish people, symbolized by the four beasts of Daniel’s dreams, the different components of the being they had wanted to destroy, the four domains of the world according to Kabbalah, etc. …

Over time, the “dreidel” and its letters have acquired other symbolic meanings and interpretations.

The spinning top recalls the “turnaround” of events when Yehuda Hamacabi’s few forces defeated and overthrew the many forces of Antiochus’ army. The natural sequence of events has reversed: the strong have fallen into the hands of the weak.

Others have calculated the Gematria (or numerical equivalent) of the four Hebrew letters on the “dreidel,” which add up to 358 – the same numerical equivalent as Mashiach (משיח), or Messiah, in Hebrew. Since the letters of the dreidel are equal in number to the letters of the Mashiach, many believed that the Messiah of the House of Yehuda would be the one appointed, to show the way for more miracles for Israel.

The four letters are also numerically equivalent to ‘nah’ash’ (נחש), the Hebrew word for serpent or evil spirit: The ‘dreidel’ twirls to overthrow evil and usher in the messianic age establishing the kingdom of God. The Hebrew expression “God is king, God governs and God will govern” also equals 358.

Meanwhile, Rabbi Tzvi Elimelech of Dinov, author of the Hasidic work “Bnei Yissachar”, also had an elaborate interpretation of the four letters of the dreidel, claiming that they represent the four ancient kingdoms that attempted to eradicate the Jews: N for Nebuchadnezzar (Babylon), G for Gog (Greece), H for Haman (Persia) and S for Seir (Rome).

Another interpretation of the letters says that they refer to the components of the human body: N for nefesh (soul), G for guf (body) and S for sekh’el (spirit) and add to H for hakol, all characteristics of an individual.

In fact, all of these elaborate explanations were made up after the fact. The game of “dreidel” originally had nothing to do with Hanukkah; it has been played by various people in various languages ​​for many centuries.

The custom seems to have been rooted in Ashkenazi Jewish historical experience (it is, in fact, absent from Sephardic sources), moreover not all Ashkenazim viewed it in the same way.

Thus, the game of “dreidel” represents an irony of Jewish history.

Rony Akrich, 66 (The Passions of a Hebrew) teaches biblical historiosophy, he is the author of 5 books on Hebrew thought and writes a number of chronicles and aphorisms in Hebrew and French. He is the founder of the “Café Daat” in Jerusalem (the free popular university in Jerusalem). He lives in Kiriat Arba in Judea, he is the father of 7 children and grandfather of 25 grandchildren.

Do you dream that you are flying through the air? Here's what it really means...
Robin Renucci offers at the Criée de Marseille, a renewed and exciting Oblomov
"Feel the living worms in my body": this animator disgusted after his participation in Fort Boyard!
Tweet
Share
Share
Pin