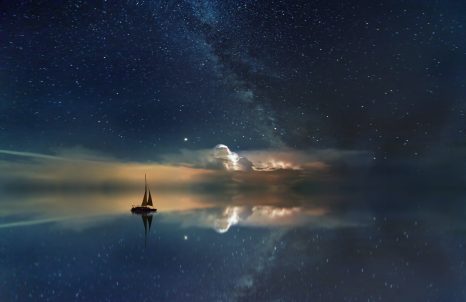 What happens in our brains when we dream? Research on lucid dreamers could provide some clues. © Unsplash

While you were dreaming, did you ever realize that the world you were living in was just a dream? If so, you’ve been doing what science calls “lucid dreaming.” This infrequent phenomenon has fascinated the general public for years, who often consider it a somewhat mysterious and esoteric experience. Yet today, lucid dreamers are the subject of rigorous scientific research that attempts to answer both fundamental and clinical questions.

Why do we dream? What happens in our brain during this experience? What do dreams tell us about human consciousness and about disorders of consciousness? What can we expect from this research in the clinical field? Can we, for example, consider better care for people who suffer from recurring nightmares? So many questions that are at the heart of the work of many researchers, particularly at Inserm, and for which the study of lucid dreams could open up interesting avenues. Detox Channel takes stock.

While scientific data varies on the subject, it has recently been estimated that 55% of adults have at least one lucid dream in their lifetime and that 23% would do two or more every month. Otherwise, in a third of cases, lucid dreamers would also be able to exercise some form of control over their dream, for example by changing location or deliberately choosing to wake up. It can also be pointed out that even in people who frequently lucid dream, these represent only a small part of their dreams.

Faced with the growing interest of the general public and scientists, the question has often been raised: is the ability to have lucid dreams only possible in a limited number of individuals? For some experts, it would in fact be possible to trigger these experiences in many people, using the right methods. A whole section of research is also dedicated to the development of such methods (see box).

Lucid dreamers in the service of the science of dreams

The study of dreams has traditionally encountered several difficulties. It is based mainly on the story of the dreams that people have when they wake up. Memory, self-censorship or storytelling biases are therefore possible. Furthermore, it is very difficult to set up brain imaging studies to monitor brain activity during dreams, the noise of machines increasing the risk of the sleeper waking up.

Studying lucid dreamers could make it possible to explore other approaches and develop other methodologies to better understand dreams and consciousness. For example, among recent works on the subject, French research teams have collaborated with other major international laboratories to show that two-way communication is possible between researchers and lucid dreamers.

The lucid dreamers who participated in this study were indeed able to answer the questions of the experimenters (for example to mental arithmetic exercises) by means of an ocular code or the contraction of the facial muscles, while remaining asleep (by REM sleep phase). This work has challenged the conventional wisdom that we are completely cut off from the world and unable to interact with others while we sleep. They pave the way for scientists to communicate with people who are dreaming, in order to more directly study dreams as they happen.

A combination of these two approaches has sometimes been proposed. This has also been successfully tested in an American laboratory in 2020.

We should also mention the fact that in an Inserm laboratory, scientists work primarily with people with narcolepsyhypersomnia associated with more frequent lucid dreams.

It should be noted, however, that none of these methods is 100% reliable, which makes the work of researchers and the implementation of robust experimental protocols particularly difficult. Moreover, among the studies describing these different approaches to triggering lucid dreams, some have been singled out for their methodological weakness.

Research on lucid dreams opens several interesting scientific perspectivesbut you still have to be careful not to “oversell” what you can do in the field at the moment.

Among the clinical applications that are most often put forward, the possibility of treating nightmares, especially in individuals suffering from post-traumatic stressteaching them to realize that the bad dream is just a dream, and even to control it. Some articles even show that practicing cognitive training aimed at promoting lucid dreaming (see box) can help patients gain perspective on their dreams, even if they fail to achieve “lucidity”. For the moment, however, studies on the subject remain fragmented and their methodology is often limited.

Some researchers are also trying, for example, to use lucid dreams to see if they can stimulate creativity or even help people go through a period of mourning. Here too, the available data are still far from robust.

At Inserm, part of the research in the field is mainly aimed at testing received ideas and the hypotheses that exist about dreams. The possibility of communicating with lucid dreamers during their sleep, for example, opens the way to studies on the emotions felt during dreaming and on how they fluctuate over time.

More broadly, the idea is to better understand consciousness, by studying how lucid dreaming is a mode of consciousness a little apart, and by managing to describe the diversity of mental states during the day and night. The hope is also that this more fundamental work on consciousness may one day have possible applications for studying consciousness in patients in coma.

Lucid dreams, an attack on the integrity of sleep?

Within the scientific community, there are concerns that encouraging lucid dreaming could have detrimental consequences on the quality and duration of people’s sleep – and therefore on their health.

If this vision is far from being shared by all researchers, several studies have recently raised this issue. For example, in an article published in the log Frontiers in Psychologyresearchers point out that most of the methods used in the laboratory to induce lucid dreams involve “disturbing” the participant during REM sleep, in particular by using stimuli or by attempting to communicate with him.

While there is a very rich scientific literature showing the deleterious effects on health of a lack of sleep or fragmented nights, scientists believe that it is therefore necessary to weigh the pros and cons before proposing experimental protocols. relying on triggering lucid dreams in participants, if it were to be done on a very regular basis.

Text produced with the support of Delphine Oudiette, Inserm researcher at the Institut du Cerveau.