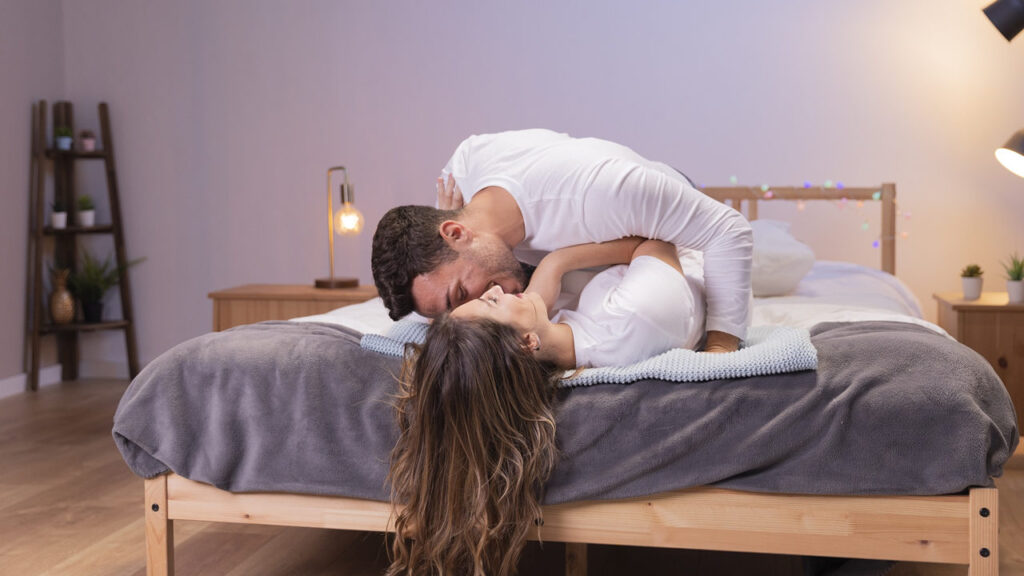 Can we reasonably attribute to our dreams an impact on our lives? Does dreaming of cheating on your partner while sleeping is indicative of a desire for infidelity or does it simply express a certain dissatisfaction? These questions are legitimate given the results of the survey launched by the Sleep Seekers bedding merchant. Indeed, in France alone, each year, more than 3,600 searches related toadultery during dreams are effected. Is this revealing?

The Sleep Seeker ranking of the most frequent dreams

“I never dream! ». How many times have you heard people around you make this statement? In reality, non-dreamers represent only 0.38% of the world’s population. Most often these are people who have suffered brain damage, but what is more common is that people simply do not remember having dreamed. Dreams occur during the phase of paradoxical sleep.

For each successive cycle, we estimate about 15 to 20 minutes of dream per individual, which makes a total of approximately 100 minutes per night. Enough to construct scenarios worthy of the greatest Hollywood productions. Yet, contrary to popular belief, dreams often relate to the same themes for most people. This is, moreover, what prompted a survey of sleep seeker who looked at the most frequent searches on Google about dreams. The world ranking for OECD countries is as follows:

Just in Franceeach year, more of 3650 people wake up and google why they ended up in an intruder’s bed during the night. It is also the dream most sought after by the French, man and woman alike. Although it may be funny, come to think of it, this dream of adultery would it not be a signal from our unconscious which indicates to us a frustration in married life ? Some could go further by already imagining that a dream which relates to infidelity would be a breaking of the barriers of the forbidden. Fortunately, we are still far from it.

We live in a society where, unfortunately, sex surrounds us. On social networks, in advertising and even in everyday life, sexuality is everywhere. Showy and barely veiled, we are confronted with it at any time of the day. It is therefore not surprising that at night, our subconscious sends us images related to sex and at the seductionsometimes against our will.

What do our dreams of infidelity reveal?

If we take Freud, the father of psychoanalysis as a reference, the dream of infidelity hides a dissatisfaction in the sexual life. This means that your unconscious reveals to you expectations that you find difficult to admit to yourself. According to his theory, dreams are somehow a form of repression of our real desires and our impulses. The dream of infidelity is most often done when you are in a relationship, but it is not uncommon for a single person to do so.

Concretely, when we dream of cheating on our partner, this is an attempt by our mind to see if the grass is greener elsewhere. Fortunately, this does not necessarily mean taking action, but it does reveal a certain monotony in life together. This expresses the need to approach a new dynamic in the couple and to break the routine which is destructive in any romantic relationship. On the other hand, regarding a single person who would have this type of dream, it tends to show a certain lack of confidence. Perhaps the person has been deceived in the past and his unconscious has retained this experience as a trauma. It is the symbolization of a insecureof repressed fears who come to assail you at nightfall.

The interpretation of dreams of infidelity

L’interpretation of dreams vary depending on whether one positions oneself from the point of view of psychoanalysis, esoteric beliefs or religions. Indeed, from a point of view of psychoanalysis, two opposing thoughts. Whereas Freud defends a theory according to which the dream of infidelity expresses a repressed desire, the interpretation of Carl Gustav Jung is other. For him, dreaming of cheating on his spouse means that you have a need for to change life. This unconsciously expresses an infidelity to oneself, the need to grow.

Video: Interpretation and meaning of the dream of adultery

On the plan esoteric, there are several interpretations of the dream of adultery. The most common and often recurring is a bad omen. These interpretations oriented in prophetic ways tend to warn the subject that soon he will commit the irreparable. In any case, this is considered a bad sign. Somehow, having this dream, your brain is already starting to accept the likelihood that you might become unfaithful.

In the religion on the other hand, the dream of infidelity is interpreted in two different ways. First of all, it can be considered relatively positive insofar as acting out is excluded. Indeed, dreams remain in the abstract character and therefore avoid you the sin of adultery. So it remains a fantasy. On the other hand, there are a whole variety of other interpretations concerning the dream of adultery. It can involve theft, success, gaining money, acquiring new knowledge, difficulties etc. In fact, it all depends on how the dream occurs and the situation of the person who is having it.

Regardless dream of infidelity, what must be remembered is that it only has the meaning given to it. If you are aware that your life as a couple lacks spice, nothing prevents you from discussing it with your partner. You can thus rekindle the flame in your relationship and enjoy happy days with your partner. If, on the other hand, you have decided to go and graze on the grass of another meadow to see if the taste is the same, a dream of adultery is not in question, it is just a personal desire.

At night, the French often dream of cheating on their partner

Dreaming of making love: what does it mean?
Tribune Libre - Carlos Ketohou: "The HAAC therefore failed to save the life of Joel EGAH" | icilome
How the Maccabiah helped a Jewish family in tragedy
Tweet
Share
Share
Pin