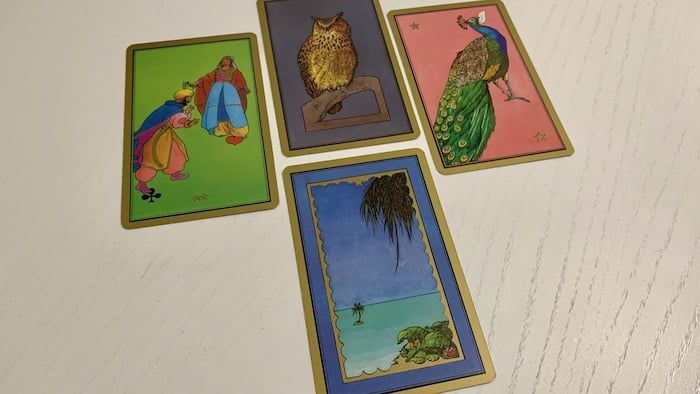 Why was a health crisis of such magnitude not “seen” or predicted? Difficult to translate it in these terms, but we realize today that certain signs were not deceiving…

To this question that the whole world is entitled to ask, “Was the Covid-19 pandemic predictable?two astrologers, a clairvoyant, a computer giant, a drawing of divinatory arts and the prophet of prophets express themselves…

“We will blow until the end of June”

Professional astrologer for 35 years, Suzie Gentile explored this global phenomenon. For her, “2020 is a pivotal year. However, there are similarities with the past, in particular with the regrouping of Jupiter, Saturn and Pluto”.

“These planets have been grouped in cardinal sign Capricorn since November 2019. When AIDS broke out in the 1970s, they were also grouped together, but in Libra”

. If the pandemic will last

? Saturn gradually returning to Aquarius, “we will blow until the end of June”. On the other hand, “without giving in to panic, there will be a delicate period in October, November and December”.

Curious to find out more about Professor Didier Raoult, the Marseille astrologer predicts that “everything related to new technologies or discoveries will accelerate, in particular digital, telework. Slowly but surely, we will not go back. “.

“A year of transition” In October 2019, the famous astrologer Elizabeth Teissier

released his new book “2020, the big turning point” (Guy Trédaniel). A collection of uninviting astral forecasts especially at the global level. A year with an exceptional planetary configuration, for better, but especially for worse. In a video presentation of his book, the doctor of sociology

predicts a very turbulent period because of hard, violent planetary conjunctions, which were found in 2001…

A society in full mutation therefore which should however, for her, thanks to the Jupiter-Neptune conjunction, "open up to a new consciousness, work in favor of ecology and humanity".

Sick leave for all She did not see it happen, but, on the other hand, she saw “everyone on sick leave”.Malika Chaabi, psychic in Valencia

, was very surprised. “I saw all these sick leaves two to three months before the arrival of Covid-19 on French territory”.

Among his convictions: the coronavirus will return this fall leading to a new period of confinement; December should be calmer and Christmas should be celebrated normally; the vaccine will be found this year by a woman of foreign origin but will not be marketed until 2021.

Sensitive to the theory of a “laboratory error”, she is convinced that “this virus did not arrive by chance”. On the other hand, when she says that “the epidemic will come back force 10 in three years and then it will be completely over”… it sends shivers down the spine.

The Rat announces the teeming crowd On February 9, the site www.kartomanta.com asked the divinatory oracles if the coronavirus was going to massively affect France? A draw of Indira Persian Tarot

offered to answer this question. Made with 20 tarot cards, the major arcana and the Owl, he had emerged: the Meet : phase of contamination, the coronavirus is in the process of uniting with us, it is a dynamic that is still relevant; the Peacock : crucial discovery concerning the virus will be made shortly; the Owl : protective animal of a pandemic; the island

DR Regarding the end date of confinement, this same site, April 6, oscillated between May and June with two successive draws. Each time, the card Way

came out, suggesting that the pandemic spans both periods. Two other divinatory cards which are the lily and the Bunch also came out, symbolizing good surprises. The map of the Fake

has decided, suggesting a first blow to containment in May. If we trust the tarot cards, the mass deconfinement after the Covid-19 epidemic must be completed in June. The map of Rat

as early as 2015, during an intervention whose objective was to warn against pandemics which, according to him, are “a real danger that threatens humanity”, the coronavirus appears clearly in the presentation video. Gift of clairvoyance or premonitory intuition, computer tycoon

can claim to have been really the only one to predict the arrival of Covid-19. Especially since, to illustrate his point, he used a photo that looks exactly like the representation that the scientific world gives of the virus.

whose real name is Michel de Nostredame, is said to have predicted disasters, floods, attacks, war… as early as the 15th century. In a timeline, which only he must have known, the Prophet

speaks of a “major conflict between two great powers” which would last until 2025. This “Third World War” would find its foundation in the rise of religious extremism, which would cause numerous attacks.

Regarding climate change: “We will see the waters rise and the land collapse under them”, but also the increase in powerful hurricanes, especially in the United States, as well as impressive floods in Europe.

But also “The king will steal the forests, the sky will open and the fields will be scorched by the heat”: a certain analogy with the conflagration of the Amazonian forest and the enlargement of the hole in the ozone layer… Finally, on a more optimistic note, the provencal doctor