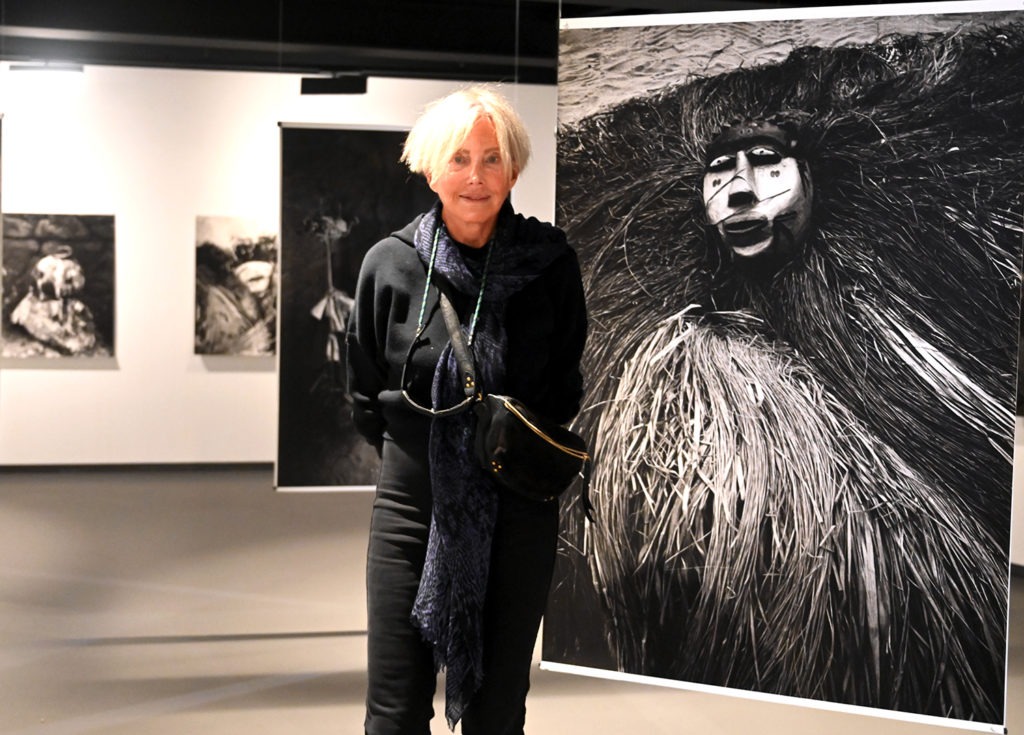 Photographing Catherine De Clippel’s Vodous at the Center de la Photographie de Mougins takes us into the depths of the African collective soul and the cult of its healing gods.

Photographing Vodou : from November 5, 2022 to February 5, 2023, the superb exhibition of the Belgian photographer and director Catherine De Clippel people it Mougins Photography Center of people, characters, sculptures and cult objects of the voodoo religion. Voodoo (the unknowable in the Fon language) is simultaneously “entity” (or power), object (sculpture) and “person” (possessed). Installed in an appropriate place, activated by a priest chosen by the “Fa” (divination), the voodoo becomes incarnation through the possession of a “husband” or “wife” during danced and sung rituals. Far from the practice of witchcraft or black magic with which the West has tainted it, this fascinating cult of gods from an animist pantheon reveals itself to us through the magnetic power of Catherine De Clippel’s photos and imbues us with its magic and of the strength of its mystery. 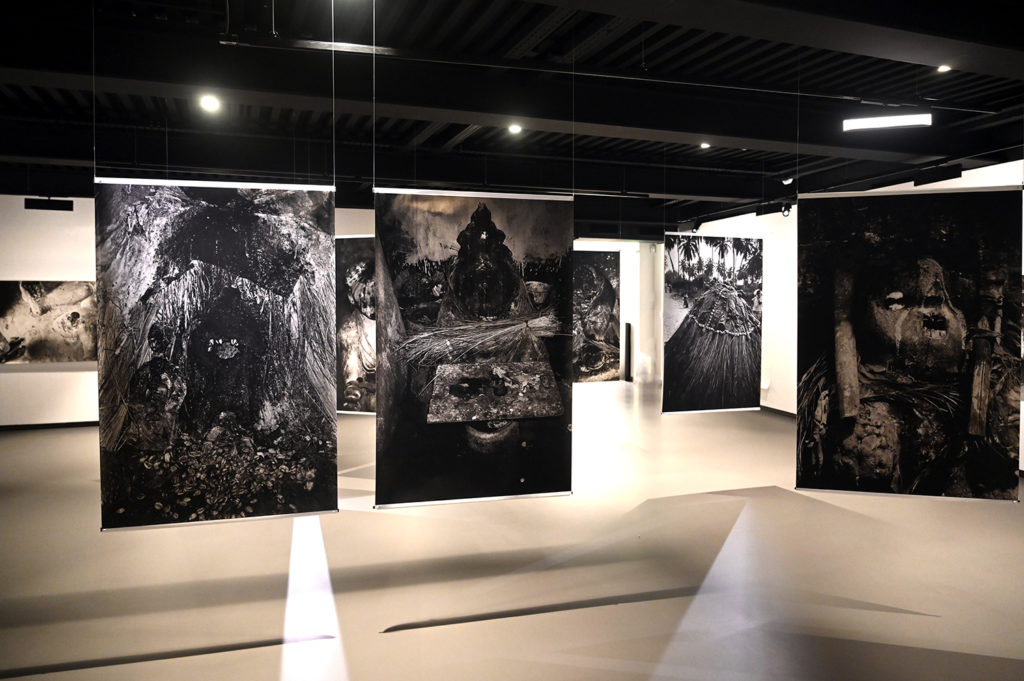 Cohabitation with other religions

the voodoo is a cult originating in West Africa, in the ancient kingdom of Danhomè to the west of the Niger delta (present-day Benin). In the south-west of present-day Nigeria, the voodoo religion was born from the meeting of the Fon and Yoruba cultures. Nowadays, the voodoo still has many followers in Benin, Togo and Nigeria. This religion, which coexists as much with Christianity as with Islam, continues to permeate the daily life of part of the population. Cultural events like the Porto Novo International Festival in 2019 (Vodoun International Arts and Culture Festival) revealed the pantheon and the hierarchy of voodoo gods who reign over Heaven, Earth or Water. The main figures are Mawu Lisathe Supreme Goddess, Lansan, Hevieso (god of thunder and sky), Sakpata (god of Earth and smallpox and healing), Mami Watta… A cosmology of gods or invisible forces whose power men try to conciliate to harm or benevolence to heal. 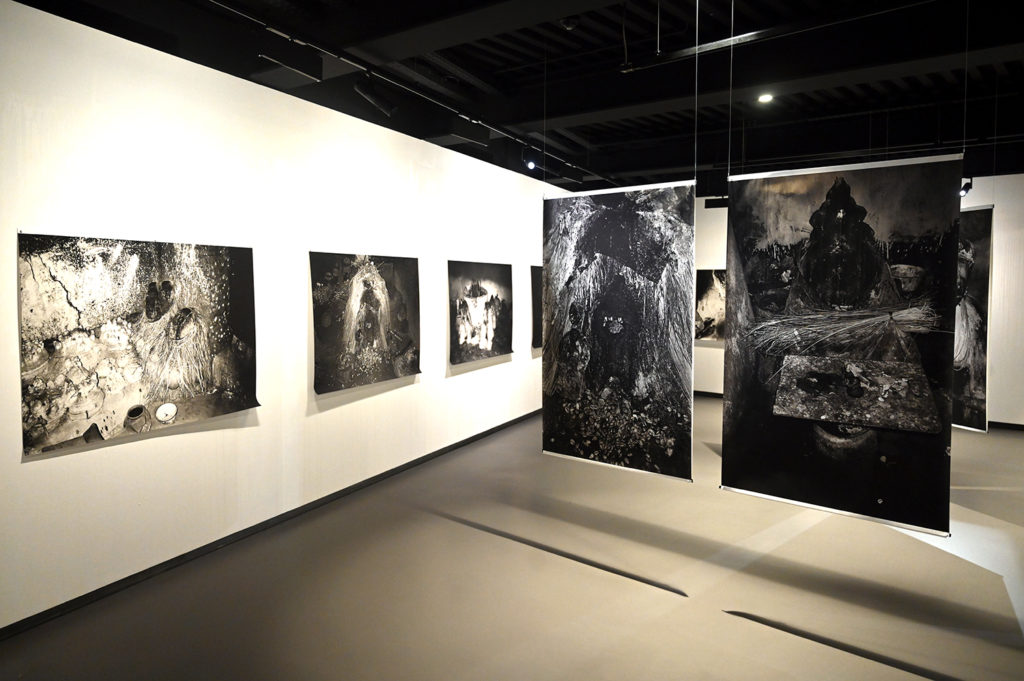 From the 17th century, Africans from the deported region of Africa, reduced to slavery, spread the cult voodoo in the Caribbean and America. the voodoo is therefore found in different forms in Cuba, Haiti (Haitian voodoo), Brazil or even in the United States in New Orleans.
Objects related to the cult voodoo, through their powerful aesthetics and the intense materiality that emanates from them, exert a curious fascination on Westerners, somewhere between attraction and repulsion. In response, an abundant literature and many horror films have popularized spells voodoo, interspersed with bloody sacrifices, trances, undead pulled from the tomb… reducing this religion to ancestral and primitive rites, bloodthirsty and evil superstitions. Contrary to these preconceptions, Catherine De Clippel’s photographic experience bears witness to all the representations and values ​​that peoples share, in a collective attempt to face up to the misfortunes that overwhelm them. 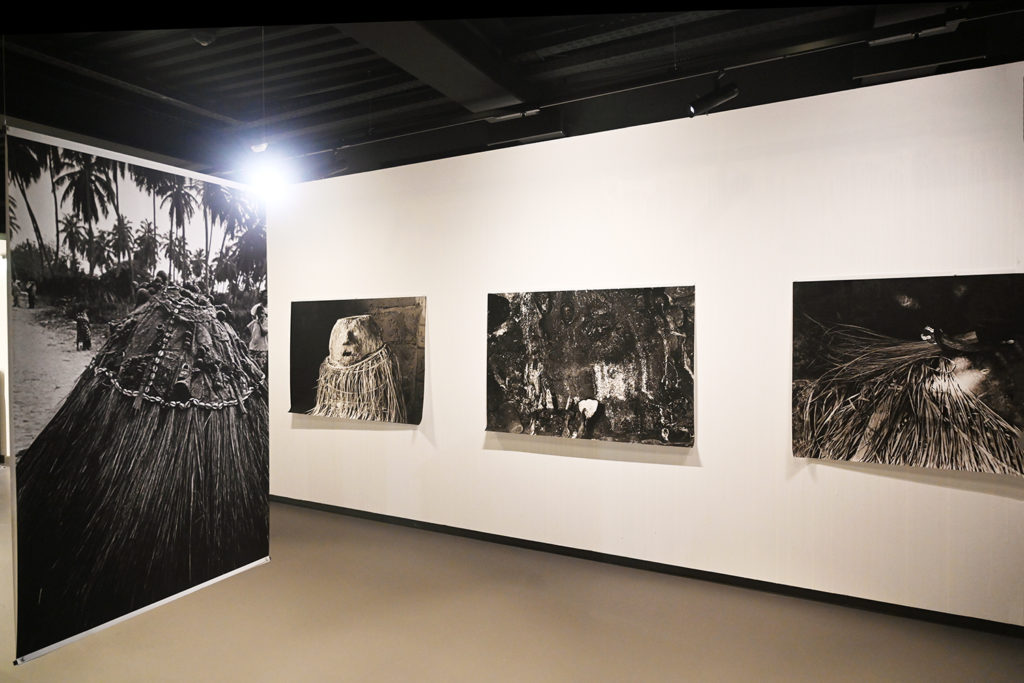 Photographing under the authority of the gods

Photographing Vodou summarizes some forty years of work by Catherine De Clippel with anthropologists to bear witness to religion voodoo. Working with an anthropologist team was necessary to be accepted by the populations as “part of an ethnic group”. Moreover, before being able to take out her camera, the photographer had to ask the gods for permission through divination (the Fa), practiced by a priest. The first part of the exhibition, based on film shots, constitutes a collection of large format prints (140×100 cm) in black and white on light Japanese paper, hung or hung on the walls. The striking force of the photos is due to the shadows and lights which draw a hallucinating symbolic picture of the spirituality and the cosmic links which feed these “soft, vaguely anthropomorphic forms, drowned in a magma of crusty materials, all shiny under jets of oil , blood, alcohol and spit…(George Bataille)” 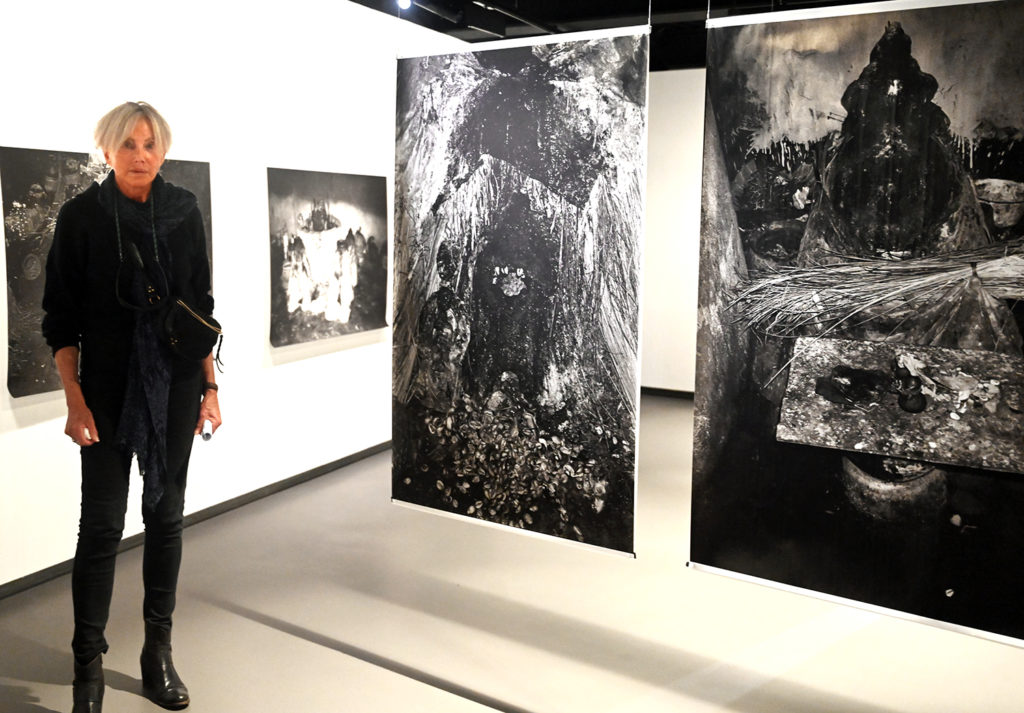 On the second floor of photography center of Mouginsthe visitor will be able to discover an original installation, The Gods-Objects – Togo, 1989, a videographic creation on papers suspended in polyvision, the projection of a film directed by John Paul Colleyn and Catherine De Clippel. In a village on the Togolese coast, the healer priest Sewavi lives surrounded by his voodoo. His sanctuary is populated by these “god-objects” that he consults through divination (the Fa, by manipulation of seeds) to treat ailments, cure or find remedies through the intercession of the gods. The voodoo are very present in the daily life of the villagers. Other excerpts present danced and sung ceremonies where the voodoo comes to possess a participant. Visitors are invited to circulate among the screens, the projection being double-sided. 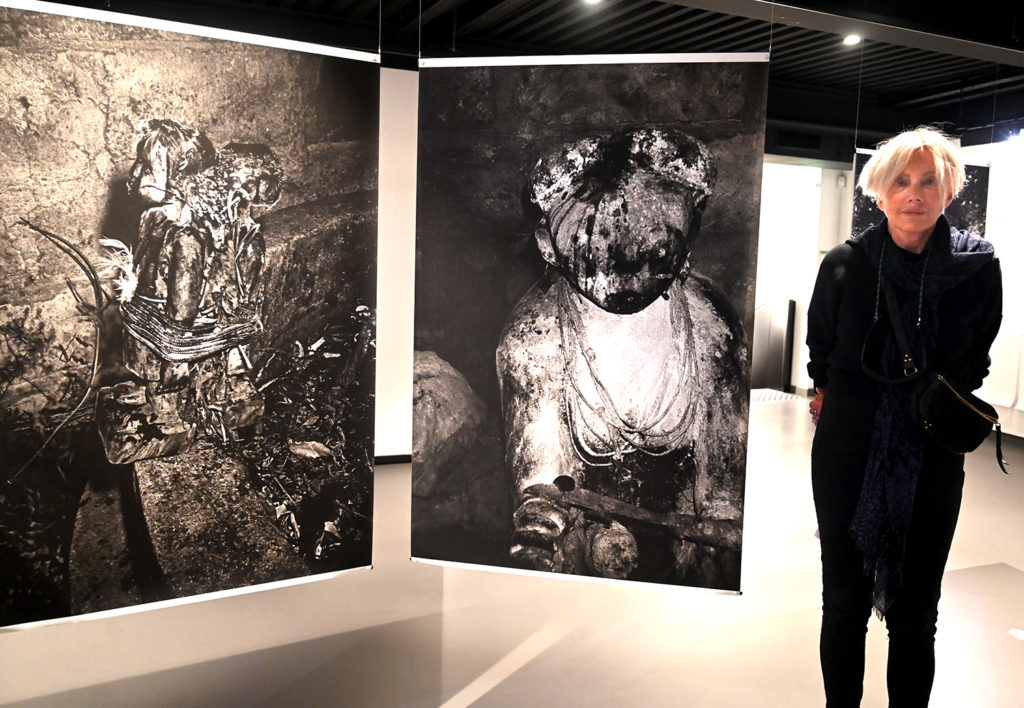 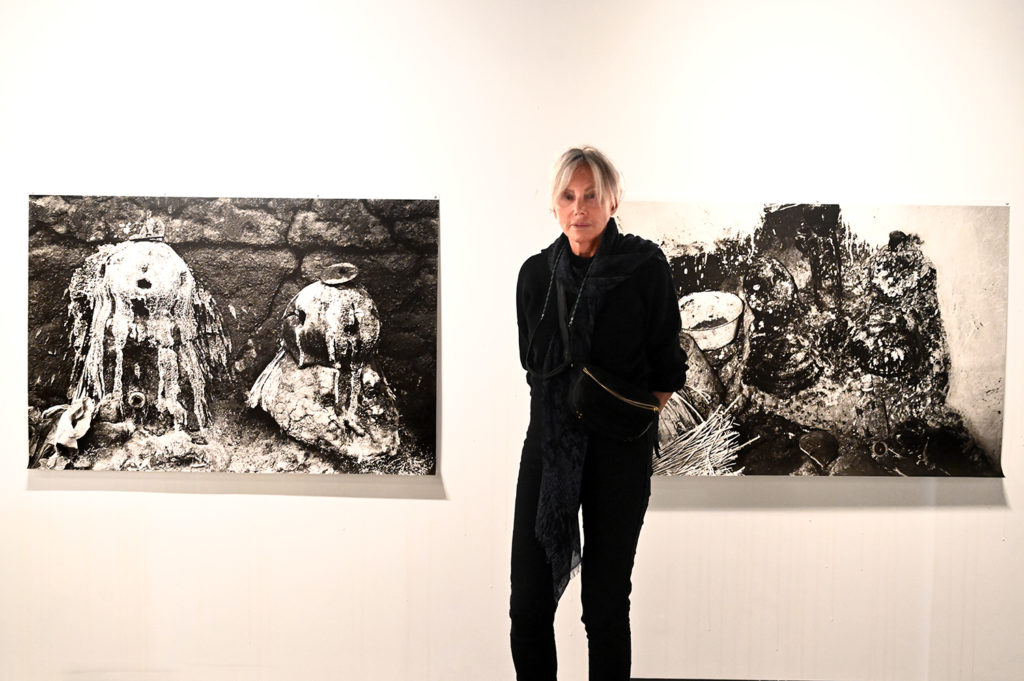 the Mougins Photography Center is an institution dedicated to the still and moving image responsible for promoting and exhibiting the multiple trends in contemporary photography. Open to all forms of photographic modernity, this municipal service participates in the cultural and tourist policy of the city of Mougins and intends to ensure regional influence and international communication.
Since its opening on July 3, 2021, its mission has been to support the creation and experimentation of artists, whether French or foreign, emerging or confirmed. This support translates into production, exhibition, publishing, and residency. 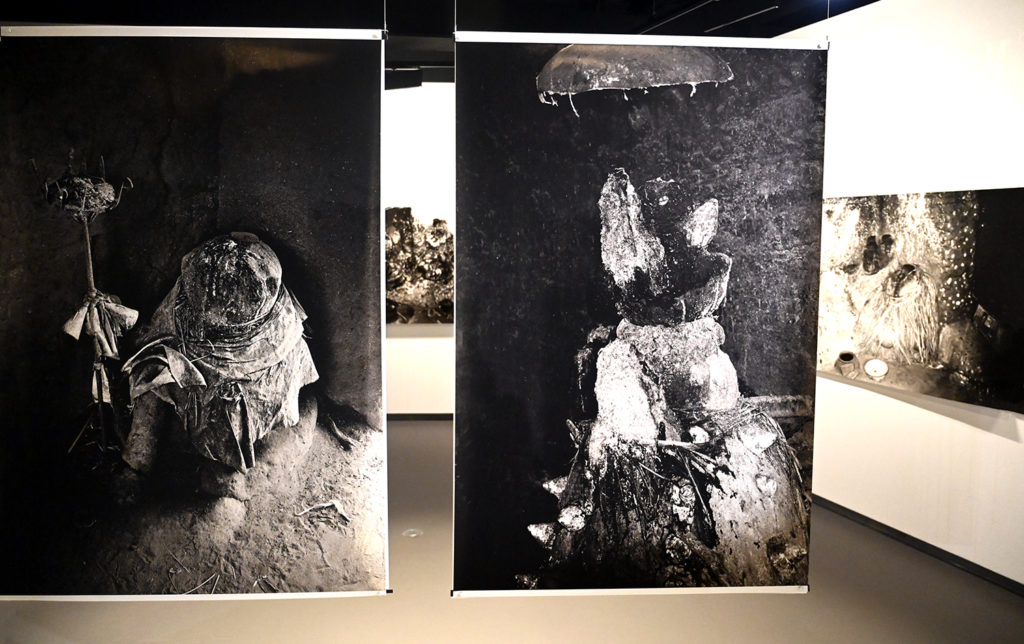 In its very graphic premises, the Center de la Photographie de Mougins also houses a shop where you can find books on voodoo (or voodoo) as well as the book “What happens to us here in the face: Catherine De Clippel + Mary Baronet“, published on October 31, 2022, with François Cheval, Jean-Paul Colleyn and jerome esnouf.
The exhibition ” Photographing voodoo : Catherine De Clippel” is the first part of a research in two stages entitled “What happens to us here, in the face”, according to the expression of Theodore Monod. The exhibition ” America: Marie Baronnet“, from March 4 to June 4, 2023, will constitute the second part and end.
Americana testifies to the refusal of the other symbolized by the barrier, a sinister wall known to all, which separates the United States from Mexico at their borders. 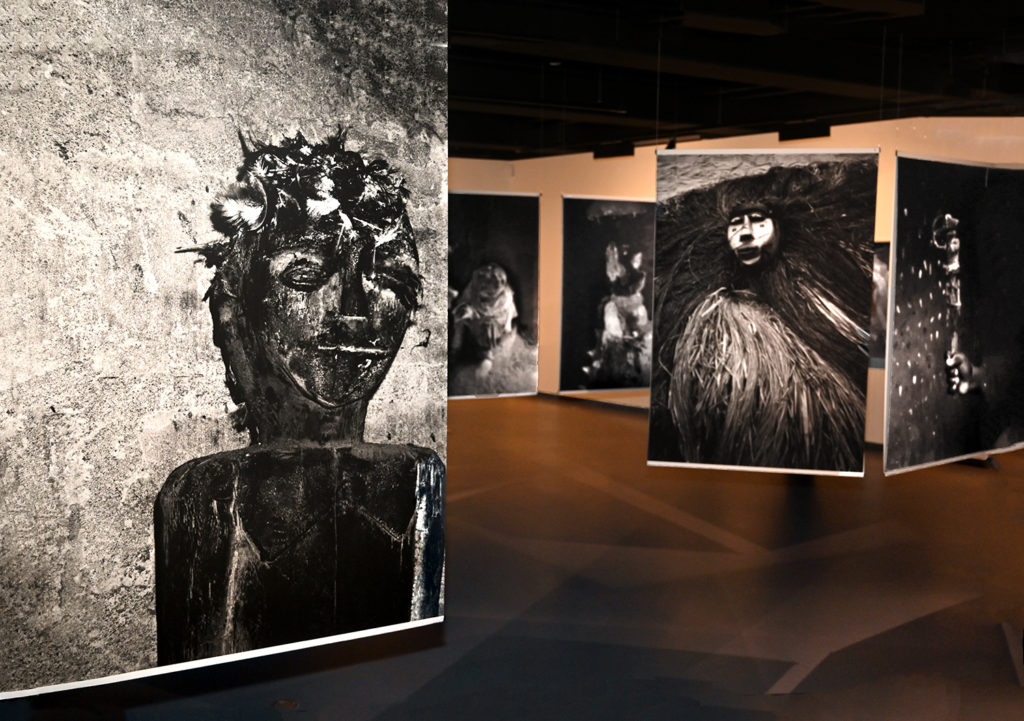 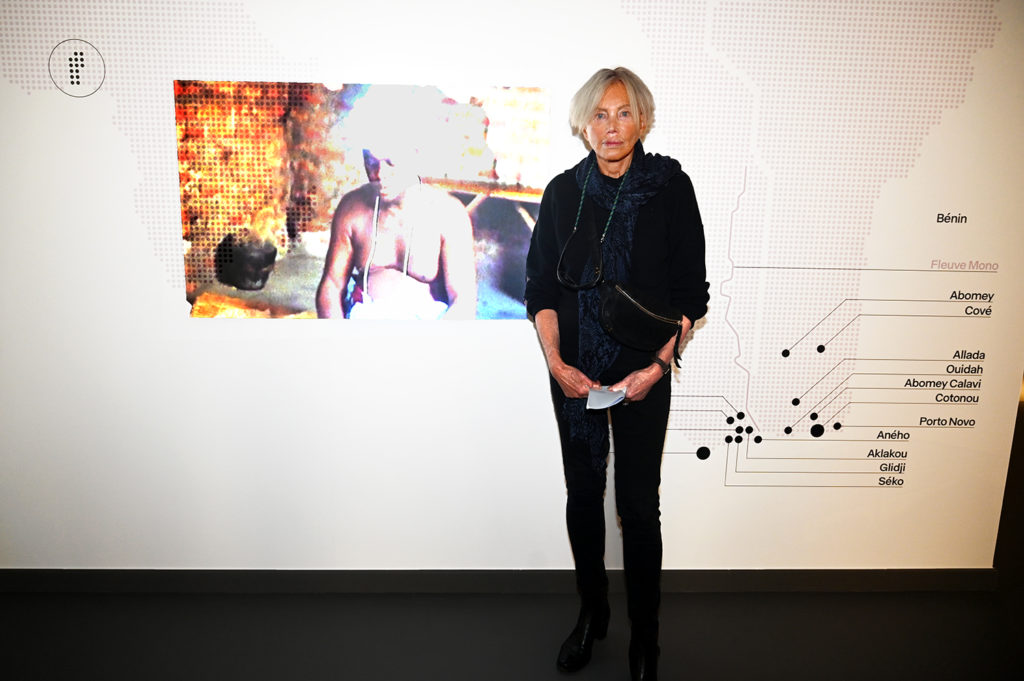 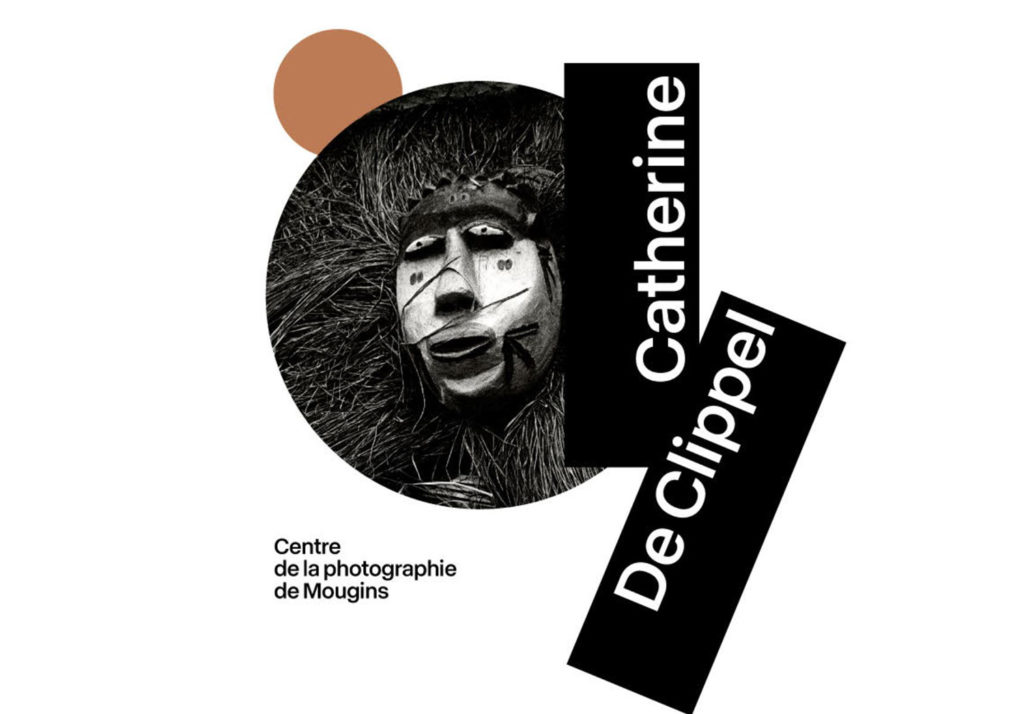 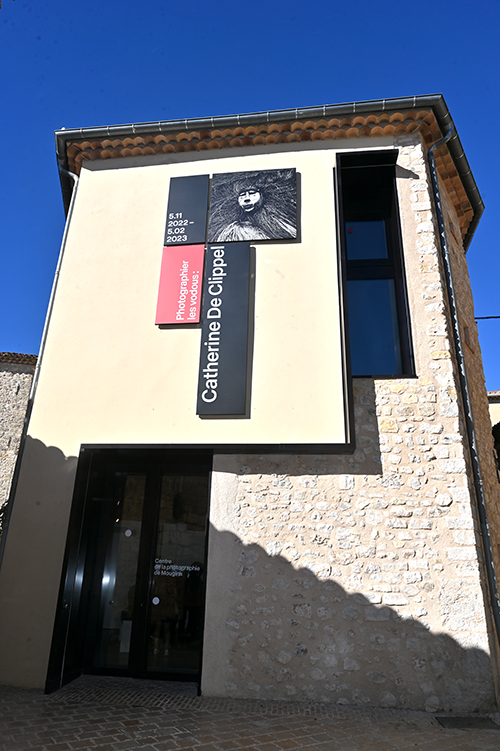 The Vodous of Catherine De Clippel at the Mougins Photography Center –