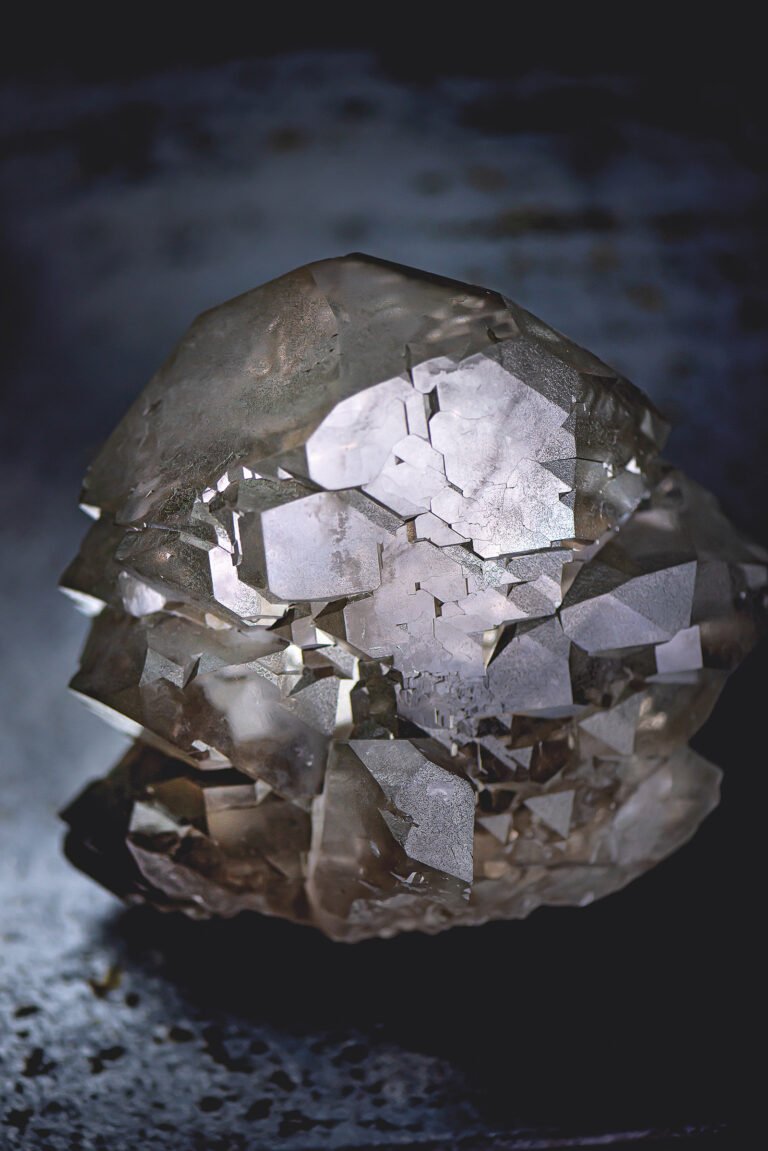 Exceptional by its size, in the shape of a comb, coming from the Dent du Géant, this crystal was discovered by Jonathan Charlet in 2018

Make no mistake about it, we do not discover crystal decanters in nature… Jugs, decanters, glasses or any other object qualified as “crystal” differs from normal glass because it has a rate of 23 to 30% of bulk lead oxide. This gives it a luminous effect and gives it a particular sound. “The word crystal, coming from the world of mineralogists and taken up by glassmakers, is misleading, because it is an amorphous material; it is therefore not a crystal in the physical or physico-chemical sense of the word”, explains the author of a glass glossary.

Rock crystal, this hard and limpid hyaline quartz, is found in particular in granite and sedimentary rocks, generally in cracks – ovens – or in cavities on the mountainside, especially in the Alps. A piece of rock crystal (20 x 18 cm) was sold for €44, at Drouot, on January 17, 2022 by Art Valorem. This stone belonged to Jacqueline Maillan (1923-1992). The actress had kept it in her house in Anet as a decorative object. Some appreciate the blocks of crystals, others have them sculpted like the one who transformed one into a “brush holder”. The latter was sold for €500, at Drouot, on May 22, 2022 by Ferri & Associés.

Pliny the Elder thought that the crystallos, “ice” in Greek, was actually ice frozen at its peak. Then the term “quartz” designated all types of crystals. Georgius Agricola (1494-1555), considered the father of mineralogy, limited its use to rock crystals. Meanwhile, the rock crystal used by the Ancients to make jewelry found another use in divination and certain forms of therapy. “Rock crystal facilitates clairvoyance, concentration and intuition. It is effective in removing energy and emotional blockages, in purifying the aura or in cleaning a room by placing it in it…”, imply esotericism enthusiasts. A rock crystal ball and its gilded bronze support was sold for €700 at Drouot on May 13, 2022 by Maison Blanchet.

Jean-Franck Charlet has lost count of his finds, both in the Alps and in the Himalayas, since he was very young. He is 70 today; he roams the mountains like a hunter. Isn’t he a high mountain guide and crystal maker? A job he discovered with his grandfather and his father. Engineer, graduate of Arts et Métiers, he knows what the “fire in the stone” reveals, that is to say the life of crystals that began millions of years ago. He tells it today in a largely illustrated album, entitled: Cristallier, rose gold fever, Paulsen editions, €39.90, 192 p. ; with him, the reader goes on a quest and “goes into ecstasy in front of the crystals which, like diamonds, shine with a thousand lights”.