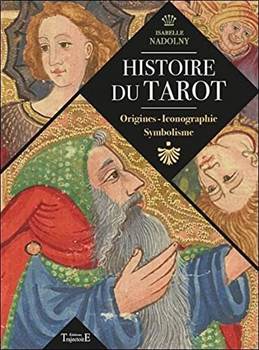 The history of the tarot is largely unknown. Anyone paying attention to these simple and mysterious cards naturally asks a few questions: do we know where the tarot comes from? For what purpose was it formed? If it is a modest card game, why has it become one of the pillars of contemporary esotericism? From the ancient cradle, where games and divination intertwine, to the Middle Ages in which the symbolism of colors and figures is also anchored, from the works of the Italian Renaissance to the French occultist movement of the 19th century, history is invited to explain the tarot.

Who invented the tarot?

The cards probably arrived in France between 1369 and 1380. The oldest date of playing cards is in 1299, but this date is disputed. The first card games were called ‘naibbe’. In this respect we find in an account book of Charles VI a payment due to a certain Jacquemin Gringonneur for a card game designated for a long time for the oldest called “Charles VI tarot”.

The hypothesis that the maps are of oriental origin is the most widespread among contemporary authors. To confirm this, a superb set of illuminated cards from the 15th century from Egypt of the Mamluks preserved in Istanbul is cited. This game is made up of cups, swords, staves and coins. Perhaps they came from Persia. In the 15th century the passion for card games invaded Europe, to such an extent that the priest Jean de Capistran burned thousands of them! (Roman legislation considered games of chance and money as a crime which will continue in Christian society).

The French cards were drawn up to serve as a model: of courage with the valiant, of honor of devotion, of beauty, of piety. But whether German, French or Italian, they are still in use today. Initially, these cards were painted by hand, composed for wealthy buyers, then card molds developed, leading to a standardization of signs. In Germany this gave the Germanic colors or signs: leaves, acorns, bells, hearts. In Italy and Spain there are color cards or Latin or Italian signs: swords, pennies sticks, cups, while the French signs are: spades, clubs, squares, hearts.

The most important colors of the Middle Ages were for coats of arms, white, red and black, to which were added later blue, yellow and green, other basic colors both in artistic creation and for social representations. of this time.

The daily life of French neighborhoods under the old regime

We can say that it was a profession that enjoyed little consideration. In 1581, an edict of Henri III instituted the constitution of trades into bodies and communities in order to fairly collect taxes. Trades were divided into five categories from the best to those considered mediocre. The tarot card maker (a highly regulated and heavily taxed profession) ranks third among the ”mediocre professions”, surrounded by the butcher, the shoemaker and the tailor. There are also the stationer, the instrument player, the painter, the sculptor. These crafts of artists today enjoy great consideration.

The century of the tarots of Marseilles

Jean-Pierre Payen’s tarot is known to be one of the oldest tarots. At the beginning of the 18th century, tarot cards were made in Avignon, Marseille Lyon and Dijon. The Dodal tarot comes from Lyon, which has remained famous because it would be the second oldest known Marseille tarot (but not dated!) Made in Lyon by Jean Dodal who practiced from 1701 to 1715. These two tarots have similarities that we will not find in the more “advanced” version of the most popular game today.

The tarot of Pierre Madenié is the oldest known copy which also inspired the master cardmakers Nicolas Conver, Grimaud or Camoin, becoming the favorite of occultists and tarologists. It is the oldest known and dated Tarot de Marseille made in Lyon. We can consider that the author of the Tarot de Marseille is without doubt a French card-maker from the time of the reign of Louis VIV (the oldest decks of this known model are from this period) the rare previous decks are different.

Sources and historians contradict each other on the appearance of divination by cards. Around the 1450s Fernando de la Torre spoke of the cards called “naîpes” to express fortune telling, but it is difficult to see in them the first references to cartomancy. A painting by Lucas de Leyde entitled ”the card shooter” dating from 1508 indicates that the process already existed.

Throughout the 19th century, the tarot will follow a path other than that of cartomancy because the occultists will seize it, transforming it into a sacred book holding a hidden truth, then returning to divinatory practices.

French editorial abundance since the 1980s 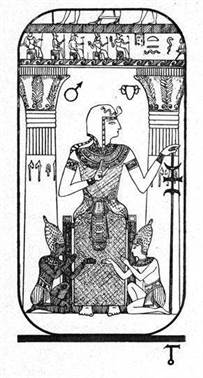 France has become the ”conservatory” of the Maseille tarot since the publication of Paul Marteau’s deck in 1930, director of the Grimaud house. Later, other authors such as Alejandro Jodorowsky who created a computer game in 1997 from dozens of old tarot models, then Georges Colleuil who published the “birth repository” from 1984 and the tarot of Marrakech completely freeing the practice of this game.

The tarot will become a tool for personal development. There are no less than five hundred and sixty six books listed by the National Library under the keywords Tarots Divination. Each year between ten and twenty new titles devoted to the tarot appear and we are only talking about France.

The mysteries have not always had the same number, there are dozens and dozens of decks: if an archetypal Tarot de Marseille exists which implies the whole system, what is it and where is it? There are hundreds of them.

Each person who practices the tarot knows that they can live interesting experiences without necessarily going through an elaborate initiation or a sharp occultism, because no master has taught essential knowledge to this strange and fascinating game which has marked history!

Origins and history of the Tarot