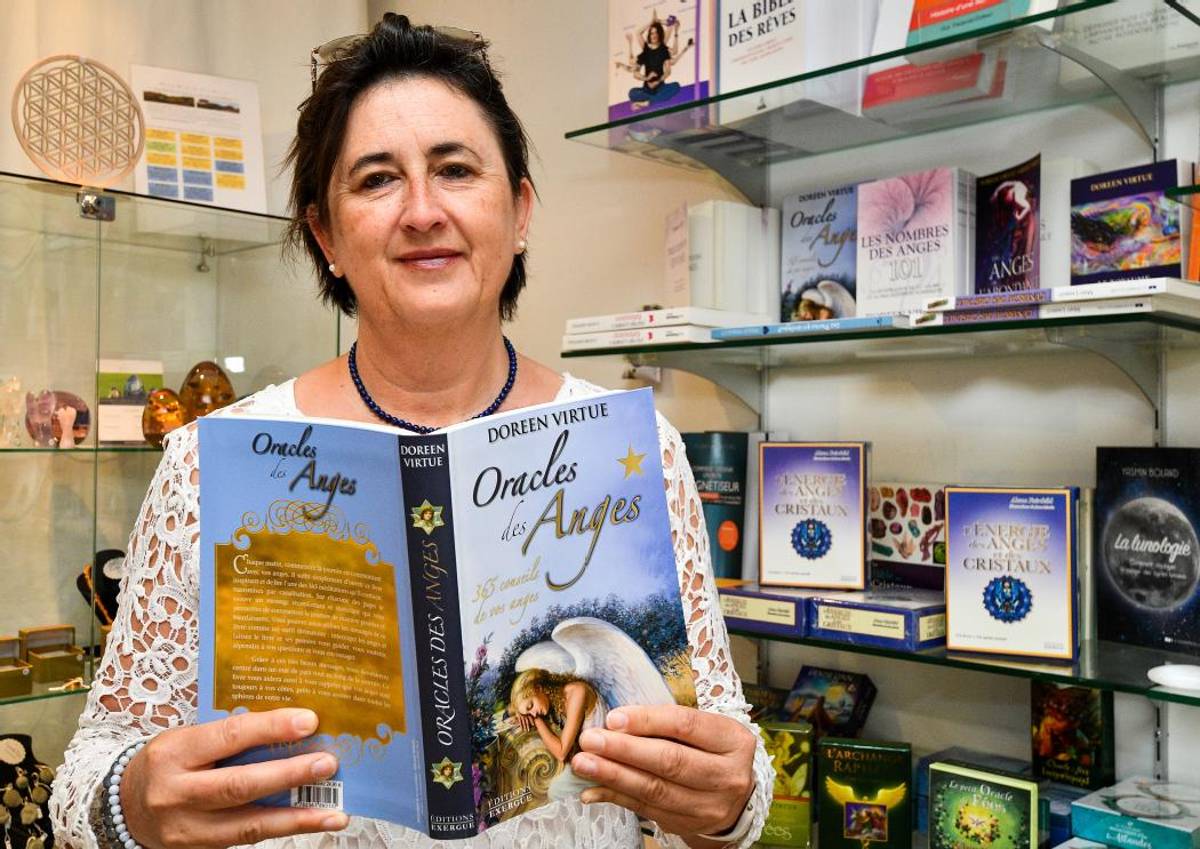 What is the underside of the divination cards that we find more and more often on the shelves of bookstores? Romy Sauvayre, sociologist specializing in science, beliefs and knowledge at Clermont Auvergne University answers.

Have you observed this growth of “esoteric” books in mainstream bookstores?
Indeed, surveys make it possible to measure the return of astrological beliefs, of tarology… A whole return to a form of spirituality which was muted over the past twenty years. Forms that were very strong in the 1990s. Today, we find ourselves in a somewhat similar situation. This therefore explains the presence of many works in bookstores… However, I do not have precise data to quantify this phenomenon.

How do you explain this return to these beliefs?
In the 1990s, there was an economic crisis. Which seems to me to be a common point. And, at that time, there was Madame Soleil, Élizabeth Teissier… Big names, television stars. But, every 20 to 30 years, we can observe the same phenomena. The new generations forget, do not know… then follow in the footsteps of their ancestors. These are just assumptions though.

“Opening a door to another world”: the ouija board, a tool of spiritualism not to be put in all hands

Between the 1990s and today, social networks have appeared: what is their role?
Obviously, social networks amplify this movement. They facilitate transmission, via more playful media, such as videos, for example, discussions, etc.

What do these oracles or beliefs answer to?
I would say personal development and a need to master the future. As soon as there is a crisis, the period is uncertain. The Covid and especially the confinements have led people to ask themselves questions, to stop their daily rhythms. And when we stop, we have time to think. To say to yourself, for example: “Hey, my life doesn’t satisfy me, I’ll look for answers elsewhere.” And in this elsewhere, some people will turn to scientific work and others to beliefs.

Are these types of beliefs typically feminine?
Not all types of beliefs. Astrology is quite feminine, but we find a lot of men in conspiracy. In the population I studied who held extreme beliefs, it wasn’t gendered. There are as many men as women.

Intuition is above all a neurophysiological mechanism. We make unconscious calculations that allow us to consider one event to be more likely than another.

Can a little curiosity and a store-bought oracle lead to much more dangerous beliefs?
There are life journeys that begin with a book. It can be an entry point, just like social media. A book that triggers, that leads further, in a marginal group, with marginal beliefs. Which will lock the person up and exclude him from society. It is a possible route. However, the probability is difficult to establish…

Without going as far as marginality, what are the daily dangers?
If there were a risk, it would be to think that these beliefs are the reality and no longer be attached to everyday life, like going to work, shopping… Getting away from everyday life to the point of living intellectually in a chimerical world and take this unreality for the real.

And, on the contrary, what are the positive effects of these oracles or these beliefs?
The majority of people I have met have a positive relationship with all this. They provide answers, in an uncertain world. They can help structure some people. Give them another way of looking at life. Daily tips too. There are many advantages to following these beliefs, while keeping an element of pragmatism.

What is the role of intuition?
Intuition is above all a neurophysiological mechanism. We make unconscious calculations that allow us to consider one event to be more likely than another. It’s ultimately very rational… But others will think that it comes from a magic power. But the scientific explanation exists, but it’s always more “fun” to think of a supernatural power.

Lithotherapy and astrology respond to the same springs?
This comes under the same adhesion mechanisms that are the subject of my studies. But the reasons for membership are all different, depending on the people, but also on the beliefs themselves.

An esoteric store in Nevers

The Fairy Oracle, Healing with the help of angels, Oracle of Kuan Yin… Doreen Virtue, Isabelle Cerf, Alana Fairchild: the biggest names in oracles rub shoulders on Nathalie Couture’s shelf in her Essenciel store in Nevers.

Oracles and books that this specialist, installed since 2015, offers to her clients. “The oracles are a movement carried by women. Especially young women from elsewhere. Which you can find on social networks, ”she explains. But, without going so far as to follow its “influences” of “magical thought”, the Nivernaises also seem to be carried away by the surge of personal development and subliminal messages.
For Nathalie Couture, this “wave” accompanies movements such as yoga, meditation, the search for a spirituality (if possible her own). “Young women want to feel good, by no longer suffering, by making their own decisions. By being themselves,” analyzes Nathalie Couture.

And they find themselves, among friends, around these cards which invite them to reflect on their life, today, and on that which they could know tomorrow. “There are no taboos between women. Their speech is free. They talk about everything. »

This is how some of them question the cards every morning. “It will give a color to their day. What they will have to pay attention to. »

What to become addicted to? “Nobody is forcing them to buy these cards. And they only carry positive messages,” says Nathalie Couture with a smile. Above all, oracles are not divinatory. The art of divination returns to the tarot. But here we are entering another area…

Oracles – Divination cards, a phenomenon that is coming back into fashion