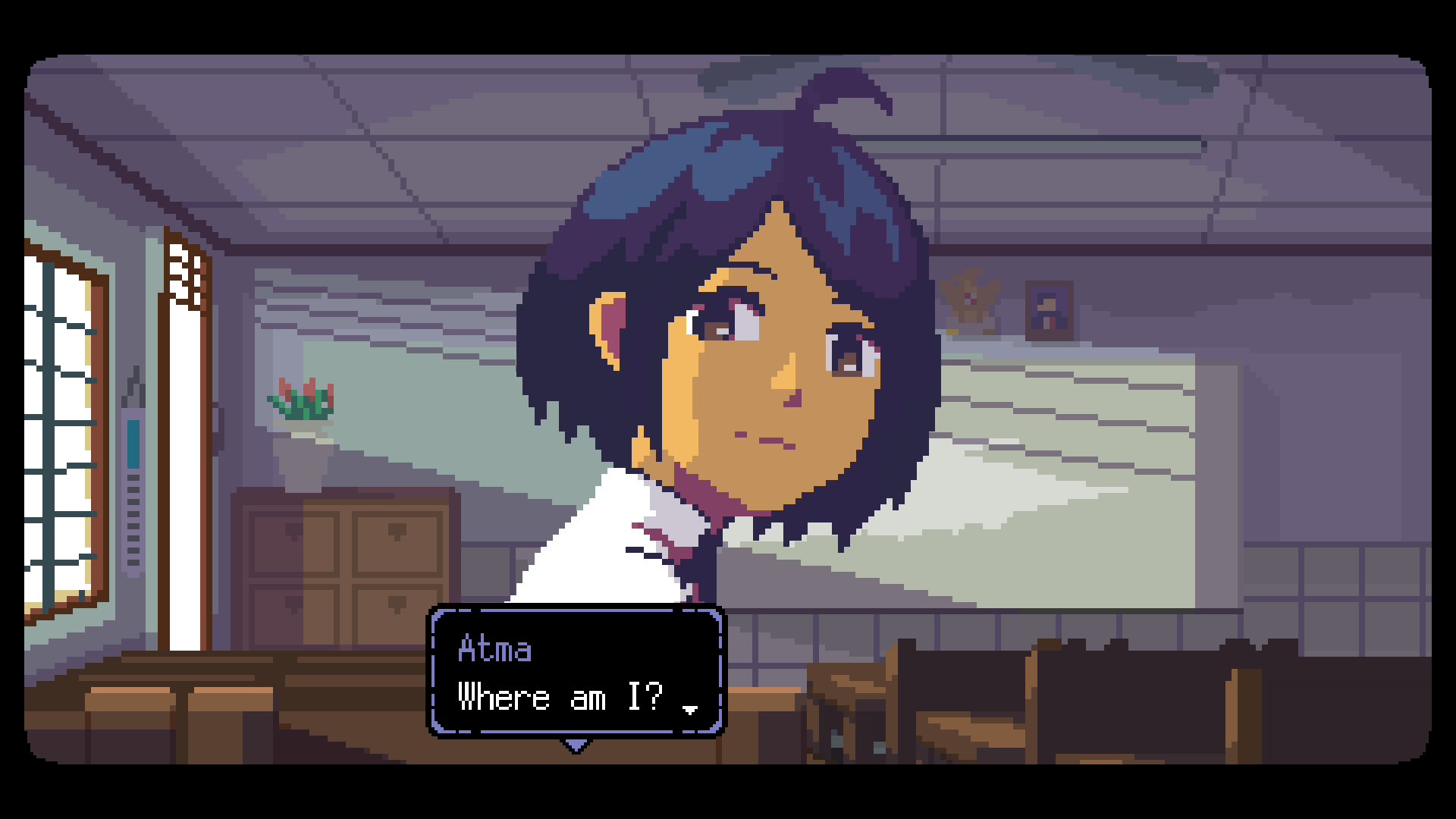 Revealed over two years ago, A Space for the Unboundthe new game from the Indonesian studio mojiken (notably known for developing the much-loved When The Past Was Around, but also other titles like Divination, She and the Light Bearer, A Raven Monologue, Ultra Space Battle Brawl and even more), will finally be available on January 19, 2023 for download on nintendo Switch, playstation4, PS5, Xbox One, Xbox Series and computer via Steam, Epic Games Store and GOG. The Switch and PS5 versions will be entitled to a physical edition in Japan. Edited by Chorus Worldwide Games in collaboration with Toga Productions, A Space for the Unbound is described as a pixel art adventure game that tells a story about battling anxiety, depression, and the relationship between a boy and a girl with supernatural powers. The storyline intertwines with the characters’ daily activities and takes place in rural Indonesia in the 90s, all with music composed by Masdito ” Ittu » Bashtiarwho had also worked on When The Past Was Around.


In A Space for the Unbound, we follow the adventure of Atma and Raya, a couple of high school students who learn to discover each other at the end of their schooling. But one day, a mysterious power suddenly threatens their existence. They must explore their vibrant town in search of answers and speak or probe the minds of the inhabitants to uncover buried secrets… and face the end of the world. We’re promised a melancholy story, but with an upbeat perspective told through richly detailed pixel art environments.

The developers have opted for a relaxing atmosphere, mixed with supernatural events (a meteor appears, a giant feline monster appears out of nowhere, the world is about to collapse. We will be able to chat and interact with inhabitants of the city and listen to their personal stories. In addition, it will be possible to travel between the real world and a surreal world, and to delve into the minds of the characters in the style of Inception, in order to discover the memories of the townspeople and secrets about the city, but also to help people overcome their inner fears, hence the themes of anxiety and depression.Finally, you should know that you can pet all the cats encountered during the adventure. 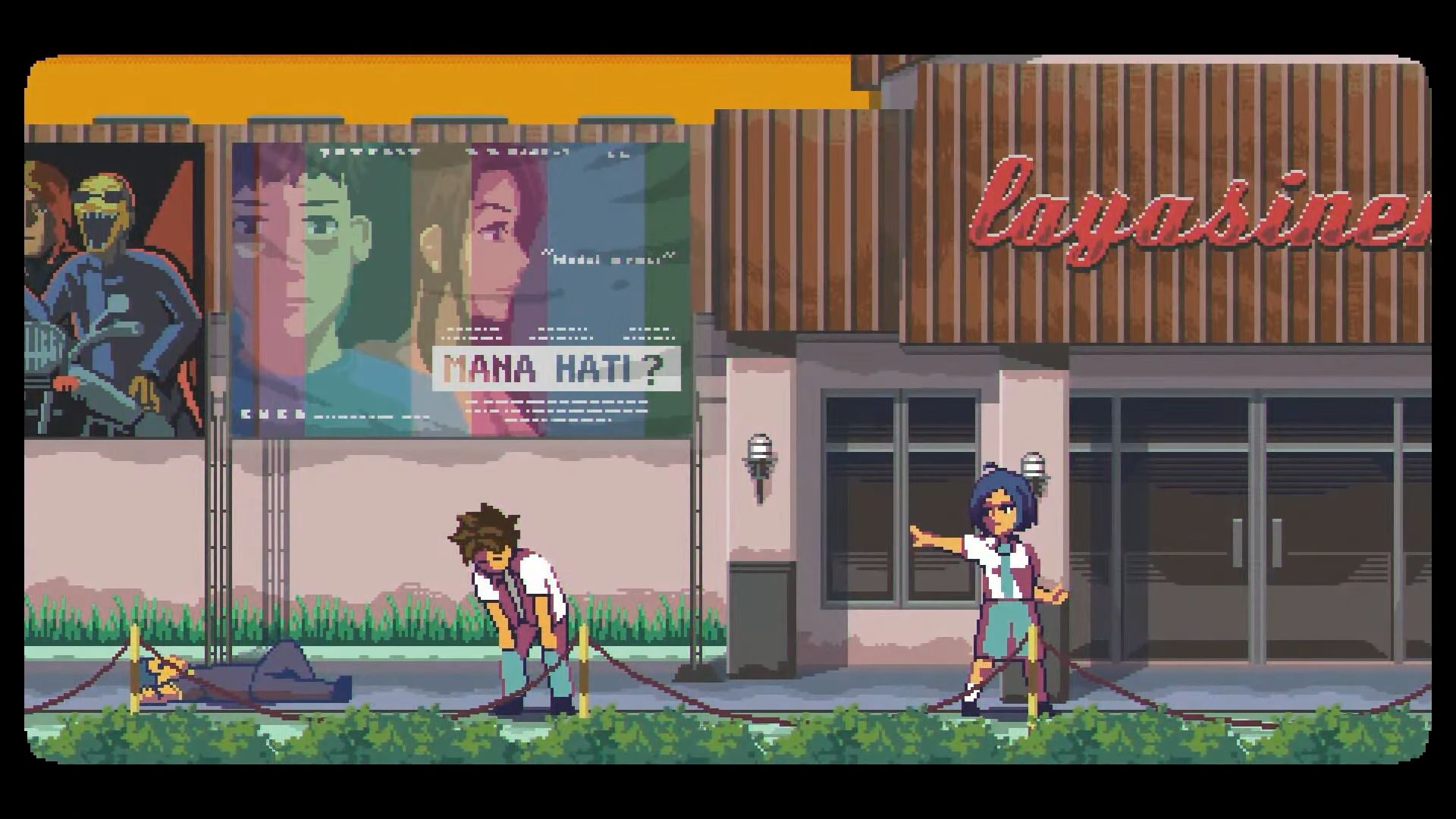 In addition, other inspirations are cited. In addition to the rural Indonesia of the 90s, Mojiken adopted an aesthetic inspired by the works of Makoto Shinkai (She and Her Cat, The Voices of a Distant Star, The Smile, The Tower Beyond the Clouds, 5 Centimeters Per Second, Journey to Agartha, Dareka no Manazashi, The Garden of Words, Your Name., Children of Time , Suzume), with both anime and pixel art style art direction. 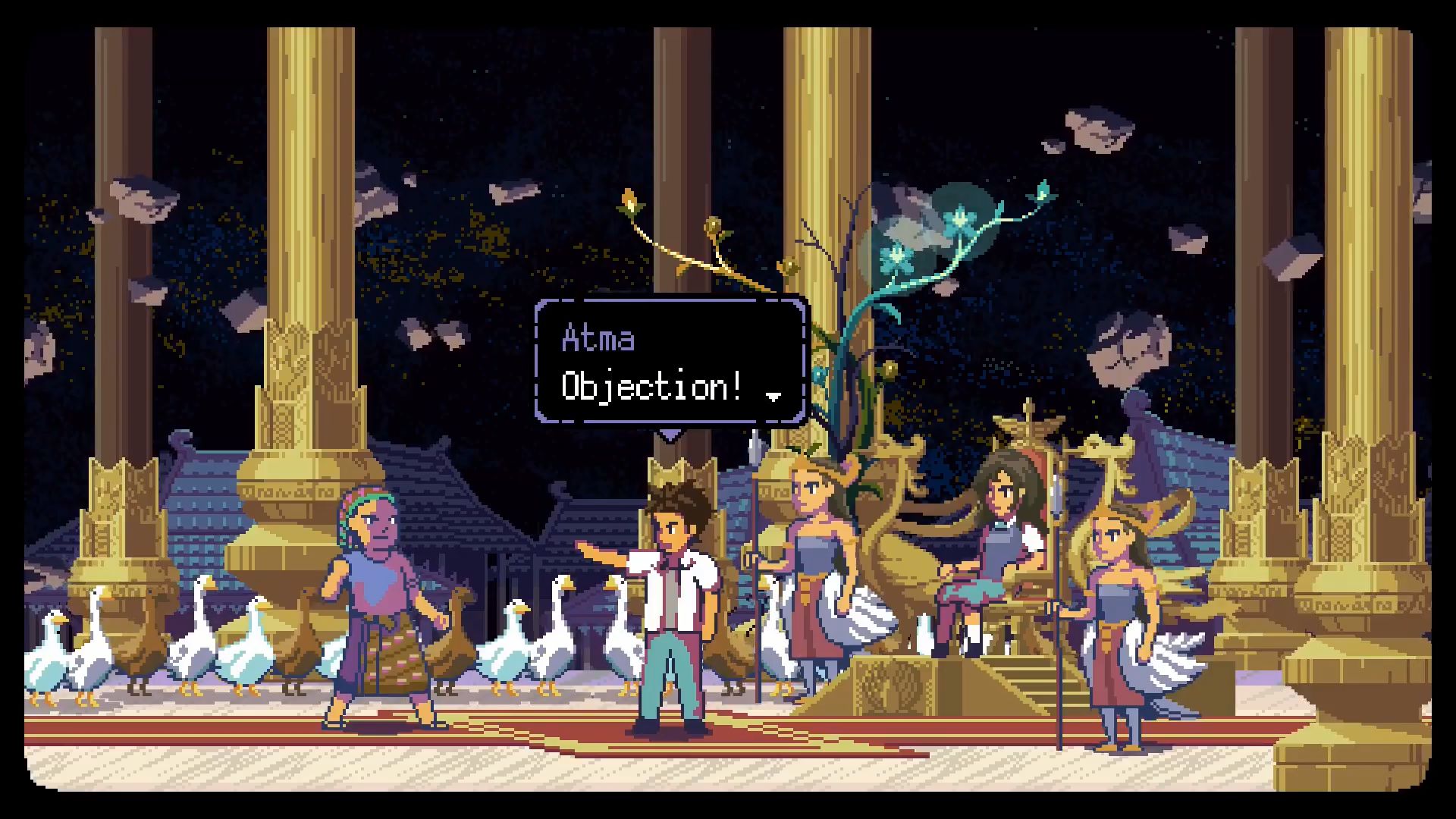 A Space for the Unbound will be playable in English, Japanese, Chinese and Korean. A demo as a prologue to the game’s story is available for free at Steam (it is also possible to download it via the base game page). Additionally, a webtoon was released on Line Webtoon Canvas many months ago.

Note that originally, A Space for the Unbound was to be published in the West by PQube. However, the game’s release had been delayed due to “predatory practices” mentioned by Mojiken and Toge Productions last August. The party concerned had responded, and you will find a first summary of the situation at this address. A few months later, Mojiken, Toge Productions and PQube have reached an agreement with Chorus Worldwide Games for the release of the game. It is now Chorus Worldwide Games that is in charge of publishing A Space for the Unbound.

Mojiken’s adventure game A Space for the Unbound (When The Past Was Around) available January 19, 2023 on Nintendo Switch, PS4, PS5, Xbox One, Xbox Series and PC – Nintendo-Difference