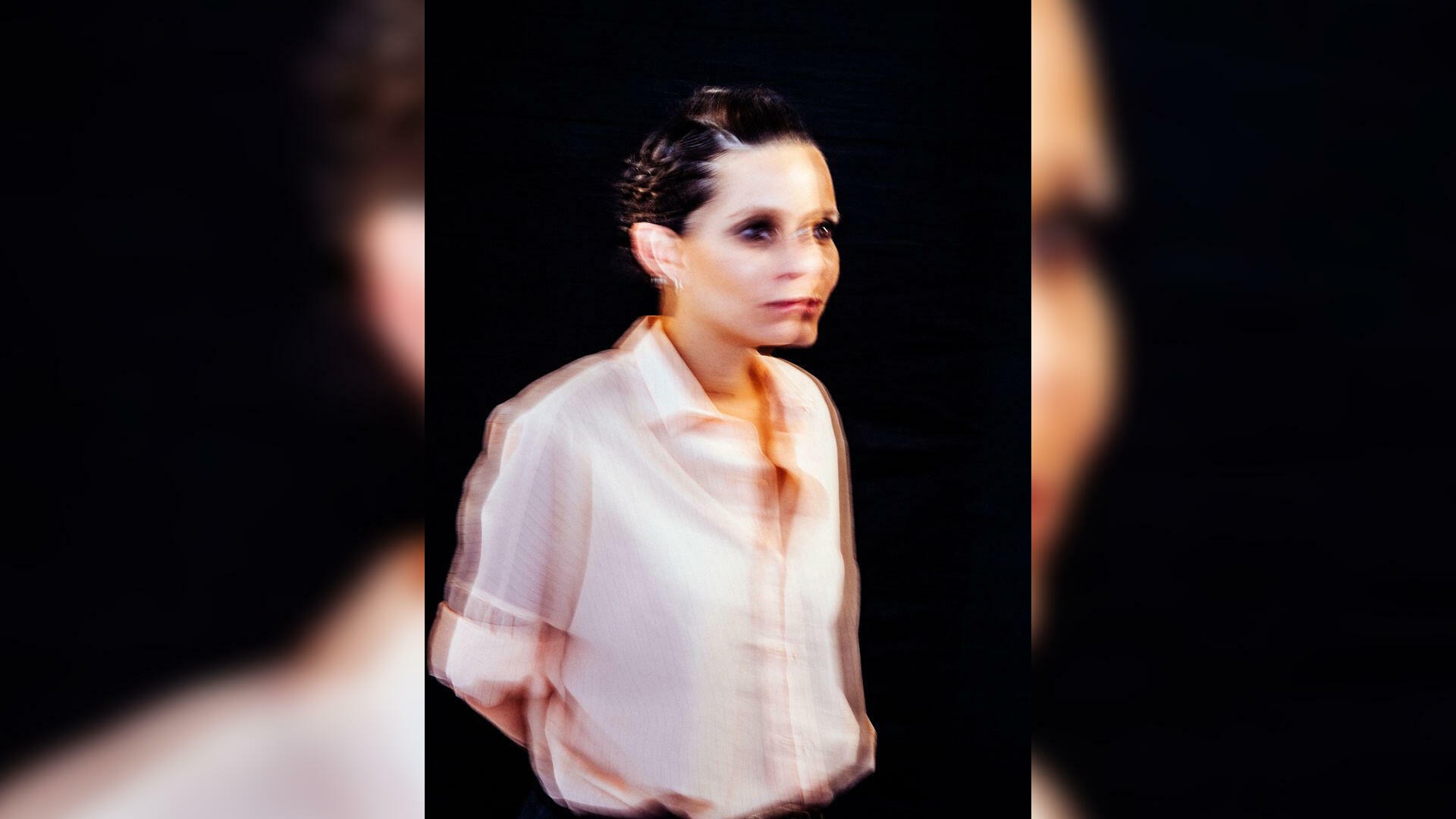 Shamanism, definition: ancestral spiritual practice, present in all cultures of the world, where the human being, accompanied by his drum or his voice, presents himself as the intermediary between the human and the invisible by carrying out a mental journey , an odyssey through a dreamed, virtual space, invisible to the eyes of ordinary mortals. “I knew very well what I wanted”, she says. And what she wanted was to plunge headlong into the vocal and percussive possibilities of her own music. Make sounds from the outside heard while exploring the depths of his interiority.

With SHAMANES, Anne Paceo invites you to travel, but not just any: that of a timeless shamanism, “deeply human”, she says. For this new creation, she draws her inspiration from shamanic music and vocal practices. Inspired as much by the energy of trance drums as by sacred songs, music, raw or textural, the drummer, singer and composer delivers a seventh album that is both introspective and open to the world. In 2020, the Jazz sous les Pommiers festival, where Anne Paceo was then an associate artist, asked her to work on a new creation. After the albums Fables of Shwedagon (2017) and Bright Shadows (2018), SHAMANES was born during a weekend under the apple trees, in September 2020. Recording it is obvious. Anne then immersed herself in shamanic music from all over the world, exorcism rituals from Bali, voodoo ceremonies from Haiti, divination songs from Siberia or the rituals of possession of Brazilian Candomblé.

“It is not a question of reproducing themshe says, but rather to let them infuse my imagination, and inspire me to offer music without borders.” Initiative oh so precious in these pandemic times! Since childhood, Anne has taken a close interest in shamanic practices, whose therapeutic properties always benefit from the presence of voice and percussion. What is heard in SHAMANES

Of remains a bird to Walk until darkof From the Stars to Dive Into the Unknownof healing to travelersAnne Paceo recounts a new world, nourished by witchcraft, rather that of Mona Chollet than that of the hooked nose, as we hear on Skin. Lightness, fantasy to face an ambient gloom, heavy and anxiety-provoking. In Wishes, she confesses her weakness and shares her dearest wishes. On Wide Awakeshe evokes her duality, in Dawn she summons her ghosts, while Here and Everywhere traces the dissolution of the soul. Animal totem of the disc, the bird is a bohemian child, a source of spirituality…

SHAMANES is a disc which, through its many little stories, takes us back to the big one, inhabited by real worlds and parallel worlds, with which the shamans dialogue. “It is a way of returning to a sound deeply organic, essentialemphasizes Anne, of cultivate the independence offered by percussion and vocals, ancestral instruments as free as they are mobile.” If she writes, composes and produces her music alone, Anne likes to surround herself with high-fidelity accomplices. Here, she calls on Isabel Sörling and Marion Rampal, polyglot singers who wear Anne’s melodies with their hearts slung over their shoulders. Which chooses to invite a second drummer to this funny mystical party, “to enrich the rhythmic spectrum”, Benjamin Flament, inventor of a unique instrument, consisting of drum elements and several metallophones. Not to mention the faithful Tony Paeleman, on piano and Fender Rhodes, and Christophe Panzani on saxophones and clarinets – both have been following Anne since the album Circles, in 2016. “We we have done so many concerts that there is something special when we play together, a sound, a chemistry particular”Anne comments.

Acoustic album, both intimate and universal, because it implicitly tells the story of a powerful woman in a world of often hidden possibilities, SHAMANES reinvents the language of Anne Paceo, which connects more than ever to others, thanks to nature, animals and the stars.

The Paceo team at RFI.

The Bongo Hop is the trumpeter’s new Afro Caribbean project Etienne Sevet. On Satingarona pt1, his first sound travel diary, nourished by 8 years spent in Cali (Colombia), we find friends from the Caleña period, such as Nidia Gongora (the voice of Ondatropica and Quantic, which he had discovered and filmed in 2003, when she was the unknown singer of the folk group Socavon), or even the rapper Maikcel (Zalama), but also the multi-instrumentalist producer Quilting (Voilaaa, The Dynamics, Mr President, Taggy Matcher, Uptown Funk Empire), met in Lyon.

Tinariwen The song of the beasts, extract The Radio Tisdas Sessions (Wedge 2022).