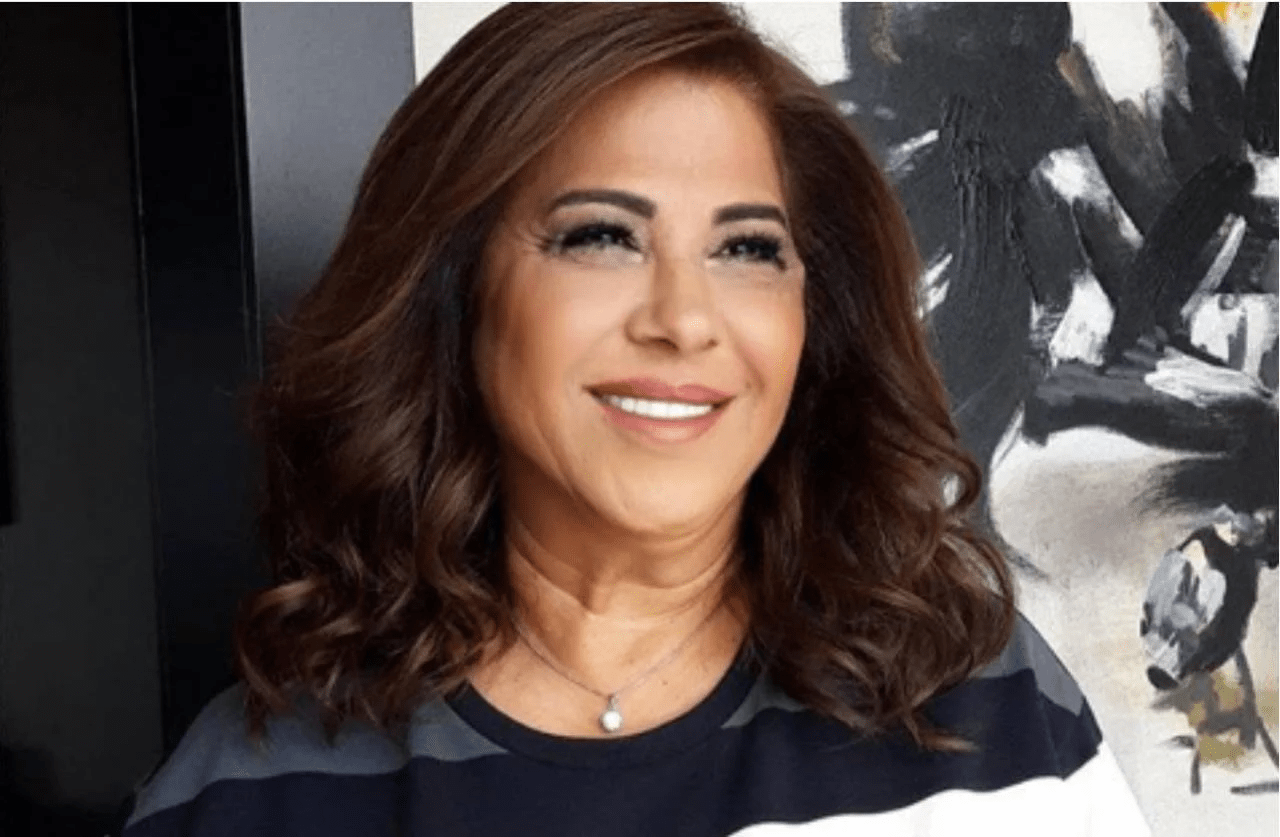 In a bustling café on Hamra Street, a woman sits at a table, holding a small white coffee cup in her hand. She smiles knowingly as she observes the ridges in the coffee grounds at the bottom of the cup, takes a long, deep breath, and nods. Then she looks up with a smile that suggests she knows too much and addresses one of the six young women, most of them in their twenties, who surround her and look at her with admiration and a hint of fear in his eyes. “You have traveled a long and difficult path, my child”, begins to say the clairvoyant, who preferred to remain anonymous, to the young woman, perplexed. “However, this path will end in about two to three months, then you will find the joy and happiness that you have long missed. Although what she describes sounds like the normal course of life for many, the girl seems eager to learn more. “You will meet someone – God willing – next year. You will have some turmoil in your marriage, but you will be happy. You will have two children, ”concludes the fortune teller, a thin smile on her lips. The young girl shells out 150,000 LL, or about $5, while her friend quickly gulps down the rest of her coffee served in a similar small white cup and takes a seat on the other side of the table, to be told her fortunes in turn. The fortune-teller’s family does not know that she reads the future to earn a living. “They would accuse me of heresy, they think I’m a waitress here,” she says.

A tradition of divination

Divination – the act of decoding the past and the future, particularly through the patterns of a strained coffee cup – has long been an essential part of Lebanese culture. It is unclear when its practice became so common in Lebanon, but Youmna Azzi, 78, points out that many believe that “this art was transmitted to the Lebanese by Moroccans”. She remembers that when she was a young girl in Zghorta, old Moroccans came on horseback and passed through her village to read people’s fortunes for a few books, or in exchange for spices, yogurts, or even delicacies made home. She also says that the men would stare at the person and tell her the characteristics of her future spouse, how many children she would have and whether she would live a life of luxury or misery. Today, clairvoyants use several methods to predict the future. Some read palms, others tarot cards. Some meet their customers in cafes, while others challenge them on the street. Still others make star appearances on national television. Among these personalities, Leila Abdel Latif has become what many Lebanese call a “celebrity fortune teller”. With flamboyant outfits, a voluminous hairdo and a clear, poised voice, she has won viewers over by predicting the future of politicians and other public figures nationally, locally and internationally. Over the past twenty years, she has appeared on almost every Lebanese channel except Hezbollah’s al-Manar channel. Although divination is considered a sin in Islam, Abdel Latif calls herself a devout Muslim and considers her revelations a gift. She claims that she simply has a sixth sense, and that it is a blessing from God for which she thanks him. Lina Budeir, a sociologist teaching at the Lebanese University, said for her part that the uncertainty of life in Lebanon has contributed to the development of clairvoyance, in a region where many countries imprison or even execute clairvoyants and consider that trying to to know one’s future is to question God’s plans.

“I have befriended many presidents, officials and stars, but I never let my emotions influence my predictions,” says Leila Abdel Latif. Photo DR

Looking for comfort in the future

In Lebanon, seers are found in the most remote small towns and villages, and in all communities. Dana Maaroufi, 29 and still single, decided to seek advice from Oum Dalil, a local clairvoyant from her hometown of Dhour Choueir, in the Metn region, against a fee of 350,000 LL. “It seemed strange to me,” she told L’Orient Today. “After all, most of my friends and relatives in my age bracket were married, so I turned to Oum Dalil. And to add: “Most of the inhabitants of the village avoid her, they say that she is in contact with the jinns”, these spirits supposed to inhabit the earth, but invisible to humans, capable of taking various forms and d exercise extraordinary powers. However, Maaroufi hardly believes in it and insists that Oum Dalil knows how to decode the hidden symbols that lie in the lines of the palms. The seer told her that to get married, she had to be more visible, because her future husband did not live in the same village as her. “It’s true,” said Maaroufi. I had been fired by the company I worked for and didn’t go out much. Oum Dalil assured me that I would be married in the same year if I stepped out of my comfort zone, so we’ll see. Others think clairvoyance is a hoax, something people resort to when everything around them is falling apart. “Dana just wants to be comforted,” her sister Aya told L’Orient Today. “Oum Dalil knew her worst nightmare was to stay single, so she told him what she wanted to hear and gave him vague advice: go out and meet people,” she added. Back at Hamra’s cafe, the woman reading coffee grounds turns to her next customer. “Put your thumb in the center of the cup, and press firmly,” asks the clairvoyant. “The vertical lines represent the great goals of life; the darker and wider the line, the brighter the future. If the marks come close to the edge of the cup, it is almost certain that the predictions will come true. Dots in the cup are usually a sign of wealth and money, while triangles mean change is on the way, usually positive change. The symbols are many, and it’s up to me to decode them,” said the clairvoyant. She began to read about the girl’s future: a loving husband was on the way, three children and a new car would be waiting for her in the next two years, she assured the 20-year-old and older. , delighted.

Perfection belongs only to God

If the young women were delighted with the predicted fate, the spectators were skeptical. Fortune tellers are “those who have no real knowledge or secrets, but simply tell their clients about general events that happen to most people on earth. They often go through a series of unnecessary rituals to gain admiration from their customers and get them to pay more,” said Jalal Koaik, a high school business teacher, sitting at the same cafe. “They make calculated assumptions, certain, because of their generality, that they can be realized. Most people tend to remember the few predictions that come true and quickly forget the ones that don’t,” he concludes. When asked if the number of Lebanese who turn to clairvoyance has increased due to the context of insecurity linked to the multiple crises that the country is going through, a clairvoyant replied: “It is absurd. This is a tradition that has existed in the Middle East for centuries, I see no difference in the number of my clients before and after the crisis. The clairvoyants who responded to L’Orient Today insisted on the legitimacy of their activity. A tarot card reader who calls herself Lola has insisted that clairvoyance is a science in itself and not a form of “scam that people accuse me of”. Tarot card reading is a kind of cartomancy where practitioners use cards to learn about the past, present or future. They formulate a question, then draw the cards to interpret and answer them. Before proceeding with a reading, the client shuffles the cards. Some say it transfers that person’s energy to the game. He also needs to focus on the issue or area of ​​interest when shuffling the cards. After the cards have been shuffled and the deck cut, the player arranges the cards in a pattern called “the spread”. “This is where the work of the tarot reader comes in, and I assure you that anyone can learn to read them. I acquired it from my late maternal grandmother, may God have mercy on her soul,” she says. Lola charges $30 for a session and does not limit the time she spends with the client. She lets them take their time. She also says that most of her clients come to see her when things get tough in their lives. “I ask them to ask aloud the question they want to know the answer to, then draw five cards from the deck of cards. When they draw the cards and lay them out on the table, Lola decodes the meaning of each one. “Some indicate love or lack thereof, health, money, fame or travel. There are 74 cards in the deck, each one symbolizes an aspect of life,” she explains. “I don’t think I had a successful customer at first, but that’s where my role lies,” she insists. I inform them of potential problems, enemies or mishaps they may encounter, people they should avoid or those they should stay close to. Although she is confident in her abilities, Lola says she warns all her clients before a reading that tarot cards have a “slight margin of error and only God is perfect.”

This article was originally published in English on the “L’Orient Today” website on July 15, 2022.

In a bustling café on Hamra Street, a woman sits at a table, holding a small white coffee cup in her hand. She smiles knowingly as she observes the ridges in the coffee grounds at the bottom of the cup, takes a long, deep breath, and nods. Then she looks up with a smile that suggests she knows too much and addresses one of the six young people…

Immerse yourself in the world of fortune tellers