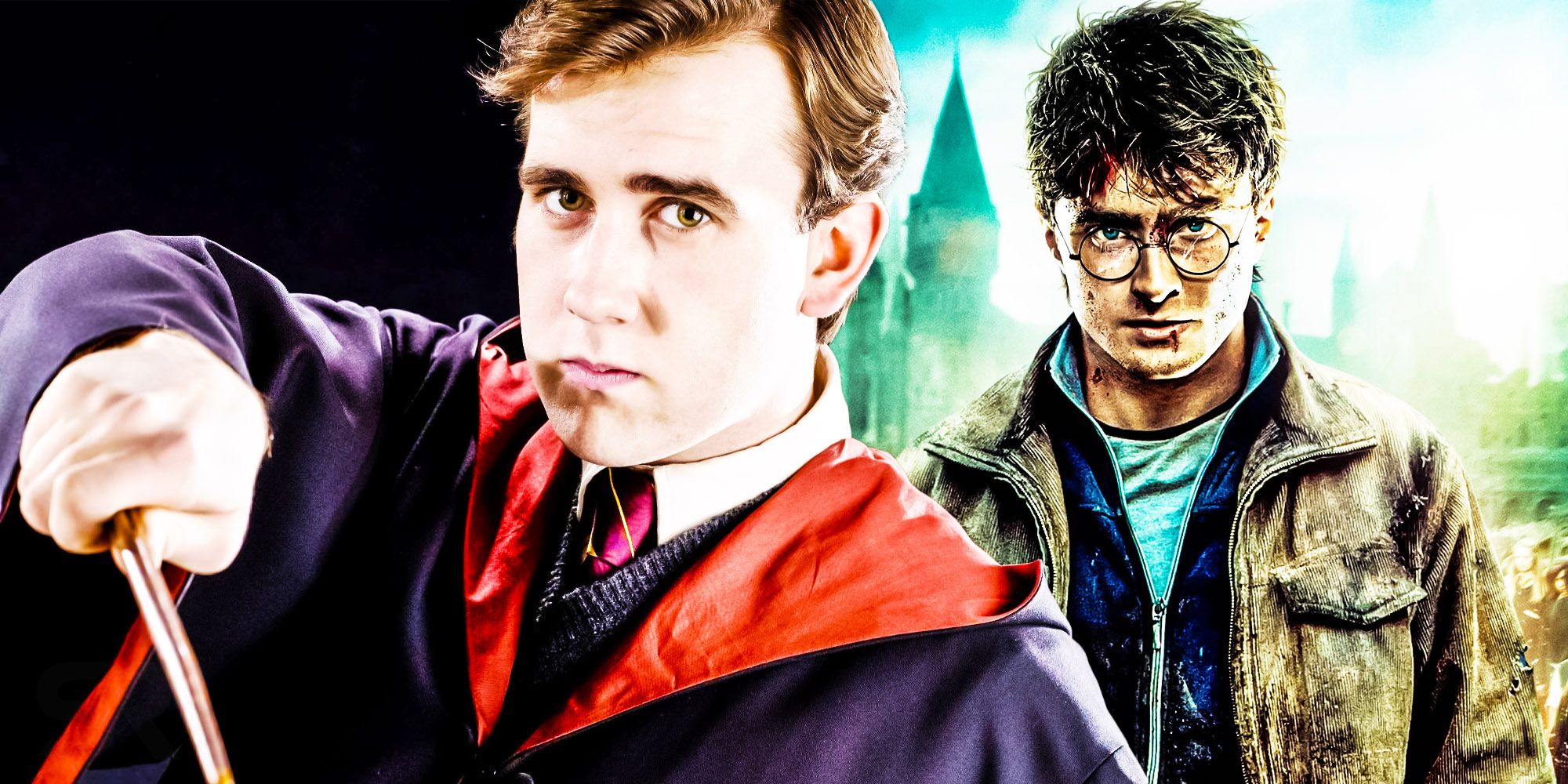 A Harry Potter theory proves Neville couldn’t have been the Boy Who Lived, despite what Professor Trelawney’s prophecy says. Throughout the Harry Potter franchise, Neville is often overlooked by his teachers and peers, both for his magical ability and his forgetful nature – hence his gifted Remembrall. However, he proves from the start in Harry Potter and the Sorcerer’s Stone that he is a brave and strong wizard, able to stand up to Harry, Ron and Hermione, as well as Voldemort.

Neville isn’t just another Gryffindor peer of the Golden Trio, and he ends up playing a big role throughout the Harry Potter franchise, even slaying Voldemort’s final Horcrux, Nagini. Harry Potter sacrificed himself to eliminate Voldemort’s Horcrux inside of him, accidental caused by the failure of the Killing Curse attempted on Harry as a baby. Harry’s survival earned him the nickname “The Boy Who Lived” and was the start of his pivotal battle against Voldemort, binding the two together. However, the Harry Potter prophecy that caused Voldemort to choose Harry as his equal was up for interpretation and implies that Neville Longbottom could have been the Boy Who Lived. Sybill Trelawney, commonly known as the Hogwarts Divination Professor, told a prophecy that caused Voldemort to seek out and attempt to kill Harry Potter. The prophecy is mentioned throughout the series, particularly when Voldemort attempts to find the full version in Harry Potter and the Order of the Phoenix, however, it never exclusively mentions that Harry is the Chosen One and suggests that Neville was a another option. However, there is a theory as to why, in reality, this was not possible.

How Neville Could Have Been the Chosen One

Sybill Trelawney made her first prediction to Dumbledore during her interview with the Divination Professor. The prophecy predicted a child born in late July 1980 capable of defeating the Dark Lord. The key elements of Trelawney’s first of many prophecies were that the boy had parents who defied Voldemort and lived three times. He would have powers that Voldemort couldn’t understand, and Voldemort would choose him as his equal. Voldemort’s choice would set the prophecy in motion and mean that neither of them could live while the other survived, something Harry didn’t discover until Harry Potter and the Deathly Hallows.

Neville Couldn’t Be The Boy Who Lived – Theory Explained

However, while Neville could have been the Chosen One, one theory (via Reddit) proves that he couldn’t have been the Boy Who Lived. The reason Harry Potter was able to survive the death curse was because of his mother’s sacrifice. Any parent would sacrifice their life for their child and James Potter had died earlier for Harry, but that hadn’t caused the protection charm that had saved Harry. The reason Harry was able to survive the Killing Curse is because Lily Potter had a choice to live, and she still chose to sacrifice herself – no one else had that choice. Snape’s love for Lily led him to beg Voldemort to protect Lily and Voldemort kept his word. However, his reluctance to trade his life for Harry’s caused the special protection that Voldemort never understood.

If Voldemort had chosen Neville, he wouldn’t have survived Voldemort’s attempted murder of him as a child. Snape wouldn’t have asked him to protect anyone as he didn’t care about the Longbottoms, like Snape did for Lily out of love, that might have meant he never became a double agent too . Therefore, Voldemort wouldn’t have given the Longbottoms the chance to survive, he would simply have killed them like he did with James Potter. Although they sacrificed themselves for Neville, the lack of choice would have stopped any special protection for Neville, and he could not have been the Boy Who Lived.

Would Voldemort have succeeded if he had chosen Neville

However, Dumbledore thought he was the only one who heard the prophecy, so the Fidelius Charm probably wouldn’t be placed on the House of Longbottom. Voldemort could have killed Neville and no wizard would match his power, not even Dumbledore. Additionally, Voldemort would have had more time to create Horcruxes and become unstoppable, achieving his goals of infinite life and power.

How Voldemort’s Choice Was His Own Undoing

Voldemort made crucial choices upon hearing the prophecy, and those choices were his own undoing. Voldemort’s own narcissism led him to choose Harry because he was half-blood like Voldemort, and that meant he considered him his equal. Moreover, Voldemort’s first choice to follow the prophecy was the cause of his downfall. Even though Neville survived being the chosen one, by the time Voldemort acted on the prophecy, there was no way to stop it from coming true. Because Voldemort had only heard half of the prophecy, he didn’t know the consequences of his action.

Voldemort admits in Harry Potter and the Goblet of Fire that Lily’s old protection spell magic on Harry was something he should have foreseen. However, Voldemort’s inability to understand magic and power like this, which has saved Harry many times in the series, such as in the Ministry of Magic in Order of the Phoenix, is the ultimate cause of the loss of Voldemort. Voldemort chose Harry, then never chose to understand why Harry was so powerful against him and those choices were Voldemort’s undoing from the start of Harry Potter.