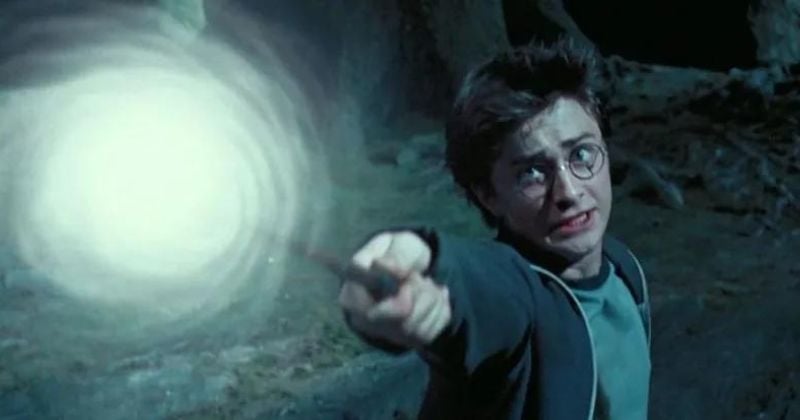 At Hogwarts School of Magic, sorcerer’s apprentices have courses in divination, potion, botany or even defense against the forces of evil. They also have spell lessons. Here are the fifteen most powerful spells you absolutely need to know. And use it wisely.

Divination, potions, botanicals, defense against the forces of evil… Hogwarts school students have many magic lessons on the schedule. They also have spell lessons. This is one of the most important skills for a wizard to use their magic wand correctly. The fans of the saga Harry Potter, books and/or films, are familiar with the formula “wingardium leviosa” (not “leviosaaaa”), to make an object levitate; the “Accio” spell to attract something to oneself; or the “Allohomora” formula to open a locked door. It’s not bad, but they’re first-year spells at Hogwarts School of Sorcerers. To go further in learning spells, to become a seasoned sorcerer, here is a express magic course to learn the fifteen most powerful spells. Use it wisely…

Harry Potter: the 15 most powerful spells

The “Bombarda” spell causes an explosion at the point targeted by the wand. With the suffix “maxima”, the spell is even more powerful. In the movie Harry Potter and the Order of the PhoenixDolores Umbridge uses it to access the Room of Requirement where Dumbledore’s Army, led by Harry Potter himself, trains. In Harry Potter and the Prisoner of Azkabanit was Hermione who used the “Bombarda maxima” spell to free Sirius Black from the astronomy tower.

Dolores Umbridge, Defense Against the Dark Arts teacher at Hogwarts then Headmistress of the School of Wizards / Credit: Harry Potter, Warner Bros

“Confringo” is an explosive hex. It allows you to explode the object targeted by the rod. Harry Potter notably uses it to destroy the sidecar of Sirius Black’s motorcycle, while Hermione (played by Emma Watson) uses it against Nagini, Voldemort’s snake. “Confringer” comes from the Latin “confringere”, which means “to break”, conjugated in the first person singular.

Harry Potter in the latest installment of the saga. Credit: Warner Bros.

The “Confundo” spell of confusion makes it possible to confuse the targeted person. Harry Potter uses it against two guards of the Gringotts bank, in particular. “Confundo” comes from the Latin “confundere”, “to confuse”, conjugated in the first person singular (“I confuse”, “I disturb”).

When invoking a ‘prior incanto’, misty images emanate from the wand. The “Destructum” spell makes them disappear. “Destructum” comes from the Latin “destruere”, “to destroy”.

The “Diffindo” spell allows you to cut all sorts of things, even someone’s skin. In the literary saga Harry Potter, wizards use it regularly. In the book Harry Potter and the Goblet of Fire, the spell “Diffindo” was replaced by the formula “Cracbadaboum” by the translator, who took up the original version in the following volumes. “Diffindo” comes from the Latin verb “diffindere”, which means “to split”, “to break” or “to divide”.

Tom Riddle and Harry Potter, in the Chamber of Secrets. Credit: Warner Bros.

This is a disappearance spell, which therefore makes it possible to make an object disappear. During his course, Professor Minerva McGonagall explains that any vanished object goes into “non-being, that is, into the whole”. “Evanesco” comes from the Latin verb “evanescere”, which means “to disappear” or “to make disappear”.

The “Everte statum” spell allows the targeted person to be thrown backwards. In the movie Harry Potter and the Chamber of Secrets, Draco Malfoy uses it against Harry Potter in a duel (but voice actor Dov Milsztajn says “Everte statim” in the French version). “Everte” means “overthrow” in Latin, while “statum” means “to stand”.

The disarming spell, “Expelliarmus”, is an important plus: it sends the weapon or the magic wand of its opponent out of reach. It is Professor Severus Snape who teaches this spell to Harry Potter by demonstrating it on Professor Lockhart, in the second year at Hogwarts school. It then becomes one of Harry’s favorite spells. “Expelliarmus” is composed of the Latin verb “expellere” which means “to hunt” or “to drive away” and of the word “armus”, “weapon”.

The “Impedimenta” Binding Spell allows someone to be stopped or slowed down by blocking a part of their body. However, it is impossible to choose which part will be blocked by performing the spell, which quickly fades. “Impedimenta” comes from the Latin “impedire” which means “to hinder”.

The “Immobulus” spell can immobilize individuals or moving objects. Hermione Granger uses it in particular to immobilize the Cornish elves released by Professor Gilderoy Lockhart. She also says “Immobilus”, as in all the films in French version. “Immobulus” comes from the Latin adjective “immobilis” which means “immobile”.

The “Oblivion” amnesia spell erases a person’s memory… to a greater or lesser degree, that is to say that the targeted person can forget an important detail or can forget everything, until to his first name. Gilderoy Lockhart uses it on many wizards and then takes credit for them. He attempts to use it on Harry and Ron in the Chamber of Secrets but the spell backfires as he casts it with Ron’s broken wand. In Volume VII, Hermione uses it on her Muggle parents to make them forget about her existence and be protected from Voldemort.

The formula “Petrificus totalus” allows to immobilize a person, who however remains conscious. Only his eyes are not paralyzed. Harry Potter at the Sorcerer’s StoneHermione uses it against Neville.

The “Sectumsempra” spell creates cuts in the body of the targeted person who can then bleed out. In Harry Potter and the Half-Blood Prince, Harry uses it against Draco Malfoy.

The spell “Spero partonum” (“Expecto patronum” in VO) allows a patronus to appear, an animal specific to each wizard – Harry’s is a deer for example. It is very useful to protect against dementors.

The “Stupefix” stupefying curse allows you to plunge your opponent into a daze, like a coma. It can even cause the death of the person targeted. To counter the spell, it is possible to use the “Evervatum” spell.

Stupefy, a spell seen in “Order of the Phoenix”. Credit: Warner Bros.

The so-called unforgivable spell “Avada kedavra” makes it possible to instantly kill the targeted person. The only person to have survived this killing spell is Harry Potter, targeted by Voldemort who killed his parents. That’s what left the scar on his forehead.

The formula “Endoloris” (“Crucio” in VO) is a torture spell. It causes the person targeted to feel unbearable pain. “Endoloris” comes from the Latin “dolor” which means “pain”.

the spell “Impero” made thanks to the formula “Imperium” makes it possible to control a person by making him act according to his will. “Imperium” comes from the Latin “impero” which means “I order” or “I oblige”.

Spell of the Imperium at Gringotts Bank

Harry Potter: the 15 most powerful spells