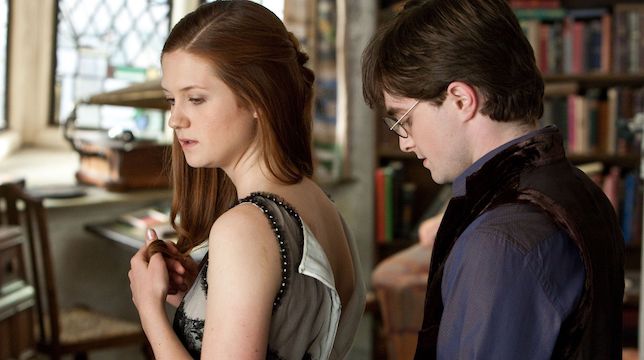 We can’t tell you enough: the Harry Potter books are much better than the movies! And it shows in the characters.

It is often said that books are better than movies. And this is once again the case for the Harry Potter saga. Indeed, some characters have much more relief in the books than in the cinema. We tell you which ones.

In the Harry Potter films, some characters are not exploited enough. It must be said that there is not enough time to tell their history and their personality. While in books, works are very detailed.

We know all the anecdotes about the actors, like how Tom Felton got his part. But we know very little about the characters in the books. For example, Pansy Parkinson has a bigger role. There is a real rivalry between her and Hermione.

She’s the only girl in Malfoy’s group. Besides, the two live a love story. She will do anything throughout her schooling to harass Hermione. This is also the case of Firenze, the centaur who becomes a divination teacher.

We never talk about his lessons in the movies and yet he learns the role of the stars in lessons on the school lawn. On the Gryffindor side we can also talk about Angelina Johnson, member of the Quidditch team. One of the best !

She would later marry George and will have two children with! Dudley is a deeper character in the Harry Potter books. At the very end, he realizes what he did to Harry and also its importance in his life.

Before leaving in the last book, he will have a last discussion with his cousin. A discussion where we will still feel all his affection.

Even if we love to see the actors again as in the homecoming episode, the Harry Potter books have a whole different flavor. This is the case with many house-elves. We talk very little about Kreatur, the elf who returns to Harry after Sirius dies.

If the latter is reluctant to help him, he will become an ally. In the Weasley family, we don’t talk much about Ron’s siblings. In any case, not the furthest. Even though Ron is the funniest characterBill is the most accomplished.

He works at Gringotts Bank. and was a prefect at the time of Hogwarts. Eventually, he will marry Fleur and also become a werewolf due to being bitten. But he continues to fight for the Order until the end of the saga.

The character of Percy is overflown too. Because in the books, there is a real conflict between the family and this young man. At some point, he will no longer speak to his family at all. When he returns to the Ministry of Magic.

In the end, there is some redemption for him as he will return for the final battle. Finally, you should have. a word for Ginny. The latter is very little mentioned in the films while she is a very powerful witch in the books.

And also very brave. She won’t hesitate to mount the rebellion with Neville in his final year at Hogwarts. In short, read the books! It is worth the detour!

Harry Potter: 10 Characters Who Were Better In The Books!