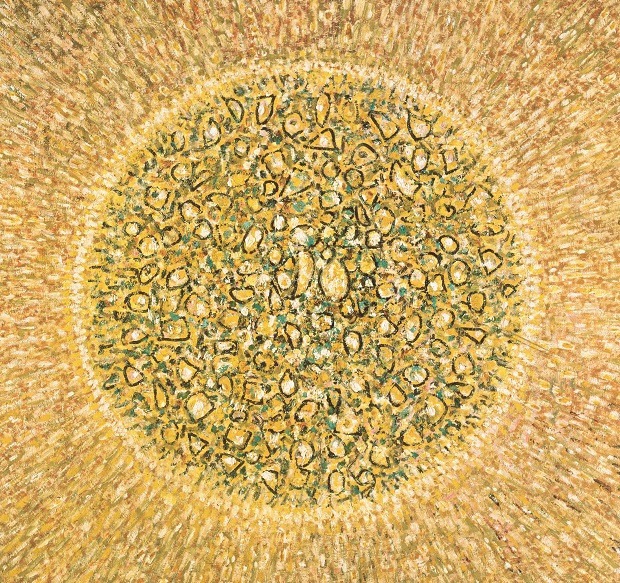 The sun at the museum! The theme is royal, immense! Because for millennia, the visual arts have had as their object, directly or indirectly, the representation of things as revealed by light. The sun is evoked as soon as a figure is traced with its shadow… But what about the representation of the star itself? And how can we represent what blinds when we look it in the face? It is around these questions that revolves the exhibition “Face au soleil”, presented at the Marmottan Monet museum in Paris from September 21 to January 29. It presents two main sides: the symbolic side, which encompasses religious and political themes, and the naturalist side, linked to the evolution of scientific thought and modern art. This “solar naturalism” rarely fails, moreover, to take on symbolic resonances.

Origin of the world

Since the dawn of time and under various latitudes, the natural elements were deified and the sun, very often, occupied the first place in the pantheon. Isn’t it the origin of life? Is it not the very condition of existence and visibility of the world, to which it imprints its rhythm, day, night, season, year? Among the Egyptians, the sun is called Re, it is a god with the head of a falcon surmounted by the solar disk circled in a cobra.

Creator of the universe, every day he travels the sky aboard his sacred boat. Shamash is the Assyro-Babylonian sun god, guarantor of justice, to whom a hymn of the 2nd millennium BC is dedicated: “Your glorious rising illuminates the existence of men: All turn to Your wondrous brilliance! Like an immense blaze, You illuminate the World…”. It is the Taranis and the Belenos of the Celts and Gauls, the Hindu Sūrya mounted on a chariot drawn by seven horses, his hands full of lotus flowers… It is the Viracocha of the Incas who proclaim themselves the sons of their Sun god . The Aztecs venerated Huitzilopochtli, the fifth sun, which they nourished with the human blood of sacrifices, to postpone the dreaded day when it would in turn be extinguished. 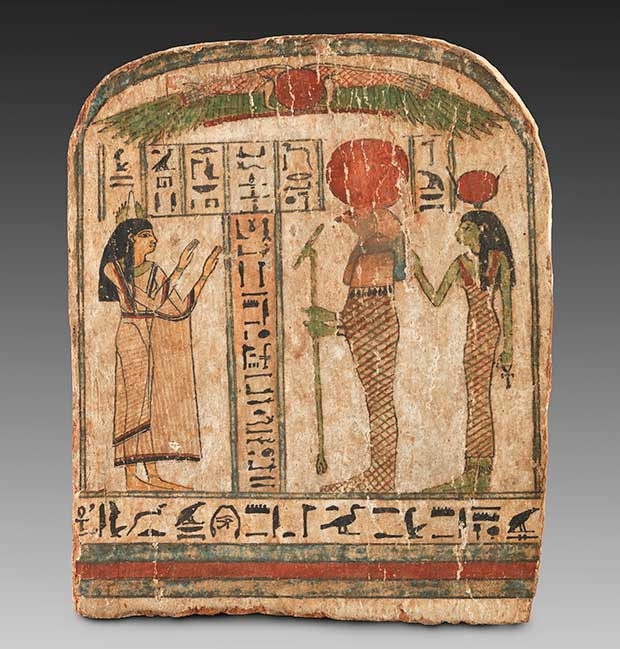 Among the Greeks, it was first Helios then, after the constitution of Olympus and the new distribution of the functions which govern the world, it was Apollo who was responsible for driving the chariot of the Sun. Note that he was also the god of the Arts and the master of the nine Muses. That the Sun god of ancient Greece is also that of Poetry and Music, with a lyre as an attribute, augurs artistic conceptions based on clarity, order, reason and complicity with power, conceptions that define the classicism present in the West, for better or for worse, from the Greeks to the fascist and totalitarian regimes of the 20th century.

The symbol of power and divine presence

The sun, star holder of absolute power and splendor, offers the symbolic image of political power. Among more than one people of antiquity, the sovereign considered himself to be the son of the Sun, therefore of divine essence. We find this pattern in the modern era, with the monarchy by divine right and sovereigns such as Louis XIV at Versailles or Auguste Le Fort at Dresden, who took the sun as the emblem of their royalty. 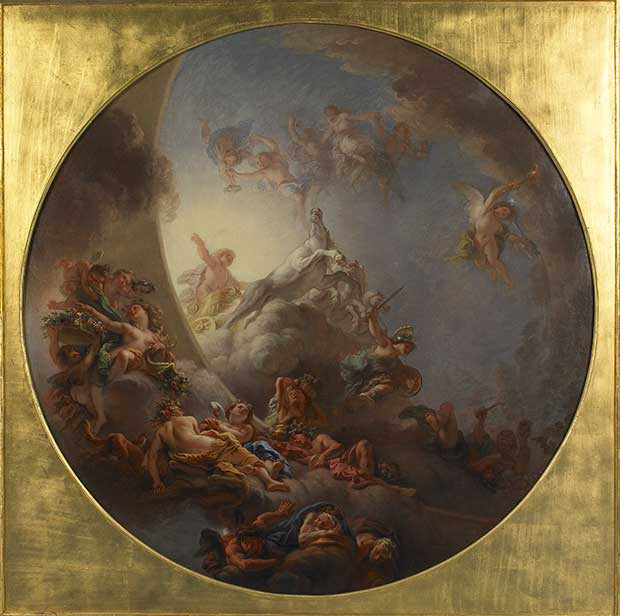 What about the sun in the world of the Bible? The biblical God cannot be confused with any element of a nature that he transcends. The sun is one of his creations, like the Moon, the Earth, the sky, the stars… In Christian iconography, the star appears, symbolically or allegorically, to manifest the divine presence. Thus, during the Transfiguration of Christ, his face shines like the sun, while his clothes turn white like light (Matthew 17:2). 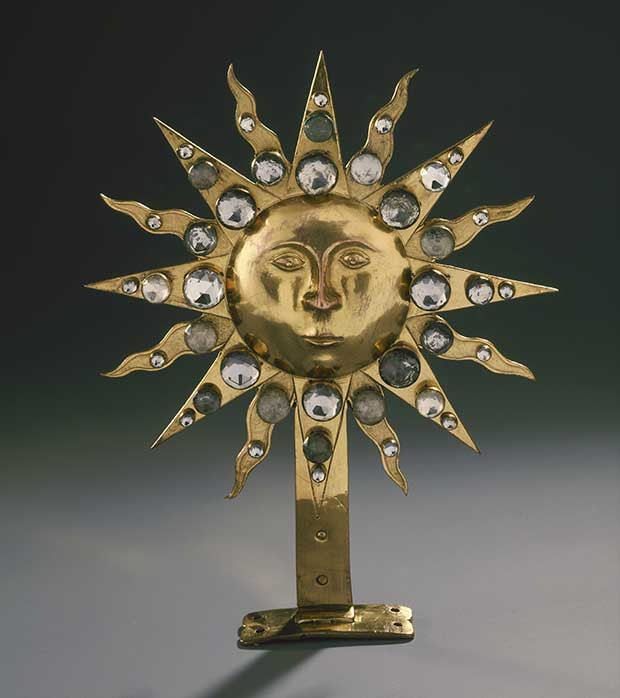 Christ is the “Sol Justice” (sun of justice), the “Unvected Soil” (Invincible Sun). In the 15th century, Flemish painters will paint the Child of the Nativity luminescent, to signify that Jesus is the star of a new era. Unalterable gold is the material that comes closest to this divine attribute that is light and it is on a gold background that painters “primitives” will paint their sacred scenes and personages. In alchemy, as in divination games, the sun is a major figure; for alchemists, gold is “the sun of metals”.

Landscape painting should be, par excellence, the privileged genre of the star of the day. But, for centuries, the landscape remained immersed in a sort of conventional day, corresponding to an overcast sky, free from the disparities of direct light. We only dare to represent it at sunrise and sunset, when its brilliance is less. Rubens, a great landscape painter, or Claude Lorrain, a marvelous interpreter of golden atmospheres and solar mists, are exceptions. But it is the spiritual son of Lorraine, the Englishman Turner, who, during the romantic era, will truly throw the sun into the painting. His palette is ablaze, yellow dominates, the blues are burning and everything is absorbed into an ardent whiteness. 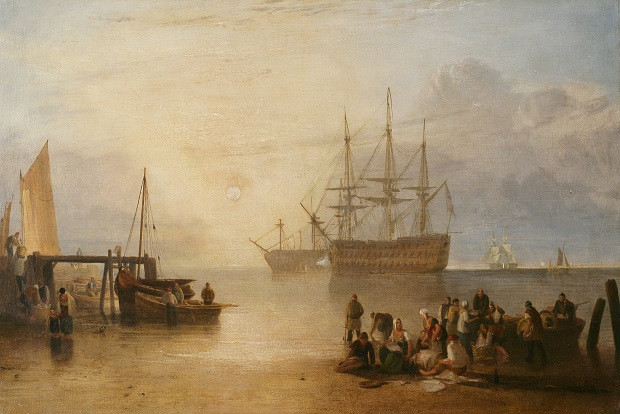 As we know, in the countries of the North, the romantic landscape, even if it was strictly exact as with the German Caspar David Friedrich, is imbued with religious symbolism: the sun refers to the divine presence. And it can take, for artists of expressionist sensibility, such as Edvard Munch, Wilhelm Morgner, Albert Trachsel or Otto Dix, a fantastic and disturbing aspect, commensurate with its immeasurable power. In France, in the 19th century, landscape painters, based on the research of the chemist Chevreul relating to the solar spectrum, and favoring the practice of the open air, endeavored to integrate daylight and the effects of sunshine. , at the cost of a drastic purge of the palette and a relative dissolution of forms. 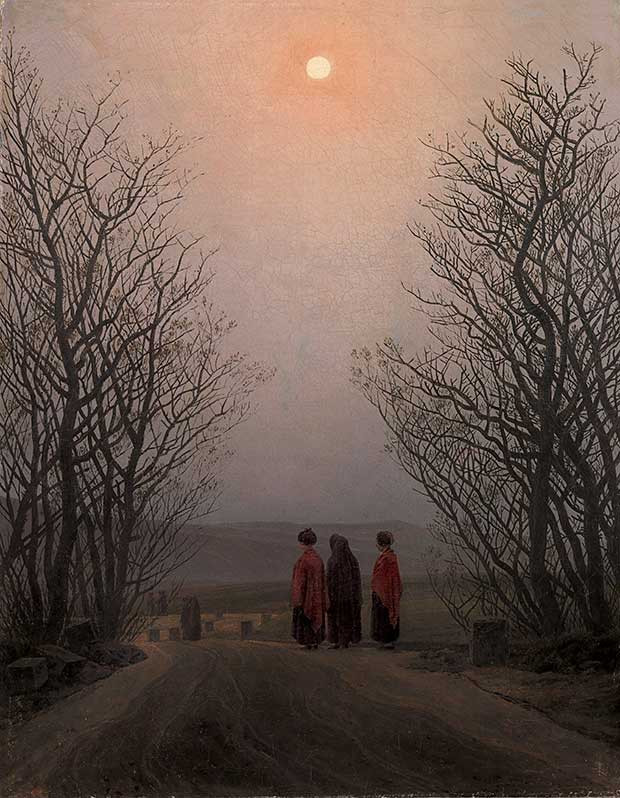 In the history of representations of the sun, Claude’s canvas Monet Print, rising sun occupies a prominent place. It signs a sort of secret pact between the star, represented by a red-orange dot, and modern painting; for, reduced to a few signs placed on pure colored harmonies, the painting, painted around 1873, is dazzlingly modern. From the Impressionists to the Pointillists and the Fauves, we see the sun invade painting, producing the advent of pure color, which reached its apotheosis with abstract painters like Sonia and Robert Delaunay. And such could be the final word in the solar history of painting: the ardent song of pure color. 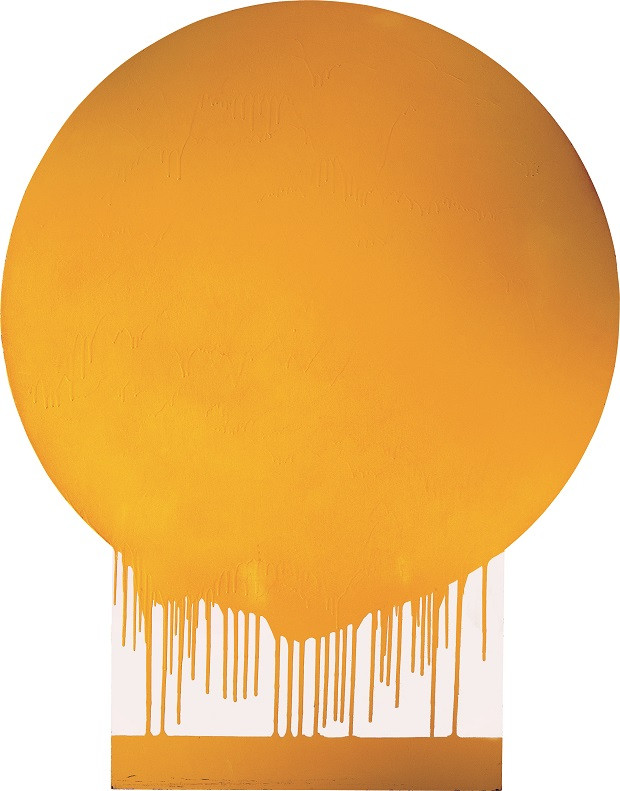 “Facing the Sun. A star in the arts”,
Marmottan Monet Museum
2, rue Louis-Boilly, Paris
from September 21 to January 29

Exhibition in partnership with the Barberini Museum in Potsdam
from February 25 to June 11, 2023

The catalog of the exhibition,
collective work, Hazan editions
240 pages, €35

Art Facing the Sun from Ancient Egypt to Monet: History and Symbolism of a Fascinating Star | Knowledge of the Arts

The Mark of the Sons of the Kingdom: Part 1 - Christian Journal
The secret history of the tarot between sects, art and divination
The eShop releases of the week (Cotton Fantasy, Deadcraft, Guild of Dungeoneering Ultimate Edition, ...
Tweet
Share
Share
Pin