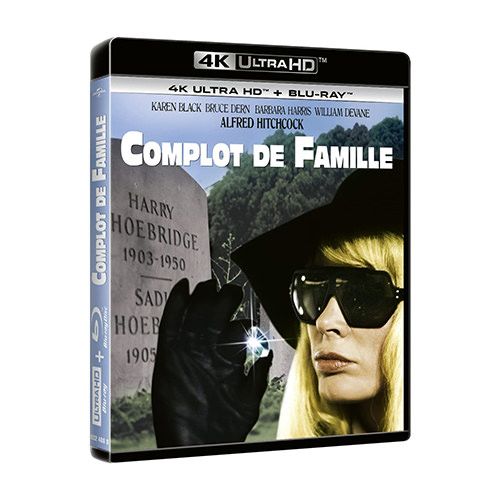 The wealthy Miss Rainbird hires Blanche, a young clairvoyant, and her friend George, to find her nephew Edward, whom she wants to make her heir. Our budding investigators track down Edward, whose main activity is none other than kidnapping… 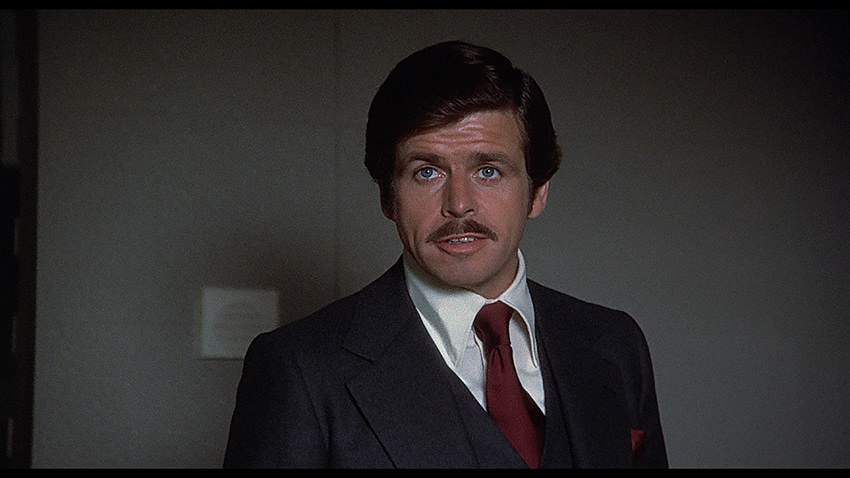 NB: Image comparisons (.jpg compression, 8-bit) are strictly for illustrative purposes and are not representative of what Ultra HD Blu-ray will display on your calibrated UHD HDR screen.

Family Plot (1976) is the very last feature film of Alfred Hitchcock’s career. The previous Blu-ray edition was released in France in 2013. Shot in 35mm (Technicolor), the feature film benefits from a complete supervised remastering in 4K. It’s since this new 4K master (2022) that this Ultra HD Blu-ray edition is pulled. This is an HDR10 presentation.

The framing is broadly similar to the previous transfer. Cleaning there has been, with the notable disappearance of most of the dust, hairs and other nitpicks that marred the previous copy. The 35mm grain has thinned out considerably. There are also fewer traces of unpleasant edge enhancement. The compression with the raised values ​​brings a certain form of additional stability. And the refinement of close-ups (the faces of Barbara Harris and Bruce Dern) is indisputable on most sequences. So it’s a genuine upgrade over the previous Blu-ray, especially when you take into account the new HDR calibration and the smooth, modernized contrast management. That being said, Family Plot (1976) still suffers from a level of definition with highs and lows. Daytime outdoor shots benefit from a very solid dive. Where other passages suffer from an exacerbated or even painful softness (the first divination scenes with Blanche, the sequences with special effects in back projection).

The sound section remains identical to the previous Blu-ray. The original version is thus offered in its original mix with a Lossless DTS-HD Master Audio 2.0 version. (24-bit, 1819 kbps). And the different dubbed versions are rendered in DTS 2.0: 448 kbps for the German, Italian and Japanese versions. And in 768 kbps, 24-bit, for the VF.

The latest film from the master of suspense is not necessarily the most visually flawless. But the efforts made by Universal are indisputable. The contribution of the new master 2022 is significant. Sound section and bonuses remain unchanged from the 2013 Blu-ray.