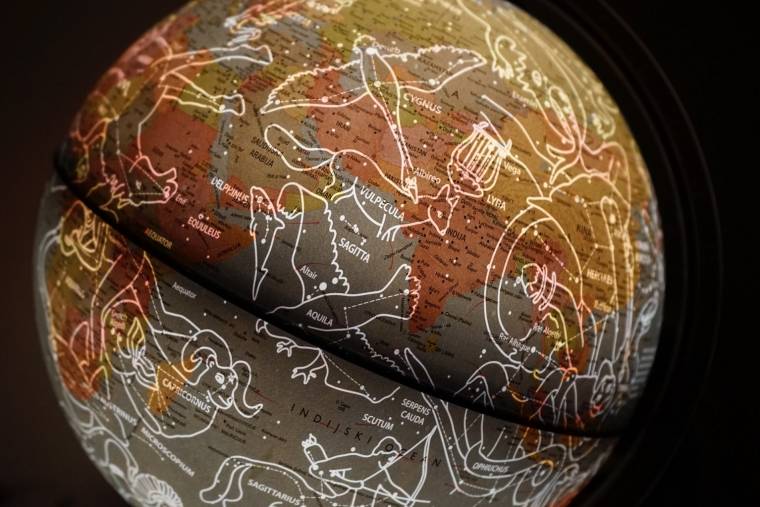 Astrology: why does it make us feel good to believe in it?

If astrology is not an exact science, the fact remains that many of us consider that it represents a kind of intangible and reassuring refuge. Even if it does not allow us to control everything in the different sectors structuring our existence, it still offers the opportunity to better understand the convolutions of existence and gives the feeling that it is possible to anticipate certain problems. During this content, we will try to understand and better understand what gives it so much strength. We will first very quickly go back to the origins of the practice, then we will go over all the elements that validate the idea that astrology is indeed a good way to lighten your mental load and feel less tossed about by the ups and downs of life.

While the pages and sites ofastrology continue to be very successful with a very wide audience from all social strata and all ages, the question arises as to whether it is indeed a good way to save time, feel more phase with the events and in the end, to better apprehend the life, in all that it can have of unexpected and irrational.

Before we look at the real reasons why it is so successful, we are going to take a little time to go back to the origins of astrology, in order to fully understand that it did not come out of nowhere and indeed represents a pseudo-science with a purely scientific base that cannot be denied.

The origins of astrology

The origins of astrology

Above all else, if you think that astrology is confined exclusively to the succinct horoscopes that you can find everywhere and which summarizes the main lines of life of the days to come for this or that sign of the zodiac, then you are on the wrong track. … Whether you believe it or not, astrology is a source of much debate, but you should know that this divinatory practice is as old as the world, and that it bases its interpretation on millennial observations concerning the trajectories of planets, the sun, meteors, comets, shooting stars and other celestial bodies and on the lunar cycles. From a purely etymological point of view, it is interesting to know that the term ‘Astrology’ means something like ‘Discourse on the stars’, while the term ‘Astronomy’ means ‘Law of the stars’. If we start from the very widespread reciprocal principles according to which ‘All is One’ and that ‘One is All’, we understand better why and how this divinatory art quickly imposed itself, in particular among sailors and people whose the activities are closely linked to the cycle of the seasons.

Saint Thomas Aquinas himself, in the 18th century wrote this in order to legitimize astrology and its practices: “all men have recourse to a certain observation of the celestial bodies in order to know effects of this kind: thus the farmers sow and harvest at specific times according to the observation of the movement of the sun.”

Born during Antiquity, according to the historical traces that we have of it, it is a very human answer to the existential questions that we all ask ourselves and bases its foundations on the understanding of the place that man holds in the world. universe, individually. According to the ancient Greeks, celestial phenomena are nothing more than a kind of ‘road-book’, a roadmap, which, once decoded, allows you to place yourself in the best conditions to receive everything that you existence sends us in terms of trials, obstacles and of course, opportunities too.

It was only from the Renaissance that the split began to take place between Astronomy and Astrology, we can consider that until then, these two disciplines had a clear tendency to intertwine, to question and answer each other. … In the end, it was in the 19th century, very late therefore, that the split was definitively made, in particular with the advent of so-called ‘modern’ celestial observation, with the technological progress which enabled the construction means of observation vastly superior to what they were then…

To finish with these great generalities which structure the very foundations of astrology, it must be considered that this discipline more or less represents the expression of a need specific to each of us, that of creating a kind of personal mythology. . It is its ability to meet this need that still today, while contemporary science has made it possible to rationalize a lot of things, astrology retains significant legitimacy with so many people, and it would seem that this is not about to change!

What makes astrology so successful, basically?

As we said in the first part of this article, astrology has its roots in the distant past and bases its success on thousands of years of practice, in all civilizations and all cultures on the planet. . This factor should not be underestimated, because very many personalities, very many great characters who have made our history, have never hidden the fact that they use astrology as a real tool and as a way of better orienting their philosophy or their way of envisaging the future; we find them in all disciplines, in all bodies of society, and to give you an idea, we can cite among many others, artists such as Beyoncé or Rihanna or personalities such as Princess Diana or even French President Francois Mitterrand.

The age of astrology is therefore one of the first factors in its success with the general public, who consider that if the discipline had everything wrong in its interpretations, then the practice would have long since fallen completely and definitively into disuse.

For a large number of ‘believers’ or followers, astrology is also, and perhaps above all, a means of learning a little more about oneself. In a certain way, one can quite consider that the study of astrology amounts at the same time to knowing oneself better. Why do you ask? Well, quite simply because studying your astrological sign and ascendant is a very good way to clarify certain vagueness that often surrounds our personality. Indeed, after what we say, or what we know, it depends, know that the astrological sign would be more or less responsible for the temperament, while the ascendant meanwhile, would allow to learn more about how others perceive us; to put it another way, the first would in short be being, while the second would be appearing. To put it in simple and completely intelligible words, you have to see astrology as a means of highlighting our strengths, our weaknesses, our qualities and our faults, and by extension, we could therefore deduce that it will serve, day by day, to better understand and better apprehend both one’s own behavior and that of the people around us.

But astrology is not confined only to these 2 very positive aspects, since it can also become a real tool for personal development. What could be more relevant for someone wishing to evolve personally, than to have a fair idea of ​​what their personality and their intrinsic characteristics can or should be? If astrology effectively allows all this, then it undoubtedly represents a not insignificant lever to strengthen one’s self-confidence and to allow a deeper, faster, more total development; it is not by chance, moreover, that many psychologists use this divinatory practice to better analyze and better understand human behavior. We can therefore completely consider astrology as a kind of guide, which can be quite useful in order to opt for the right decision in any situation. It allows us to decode our personality as well as those of others, and as a result, it also participates in calming our anxieties, our anxiety and in taming our darkest and most buried fears. In this same order of ideas, we must also consider that thanks to all this, astrology is an excellent engine, to constantly move forward and push ourselves into some of our entrenchments, outside the comfort zone in which we have tend to spend most of our time.

By extending the previous point, it is quite logical to arrive at this idea that astrology is sometimes quite appropriate for undertaking a necessary personal questioning. From the moment you become more aware of who you really are deep down, you are more able to evolve, and this applies to absolutely all areas of life. Whether we are talking about professional life, sentimental or affective life, whether we consider health, astrology always has its little word to say, as long as you belong to this population which grants it a little little credibility or credit. Indeed, in the context of work or of one’s couple relationship, with one’s children, a friend or any loved one, isn’t it an undoubted advantage to know the astrological sign of one’s interlocutor or interlocutor? , from the moment we consider that this sheds light on his personality and, ‘ultimately’, on his general behavior? By taking astrology into account, you give yourself the best chance of having the most constructive exchanges possible and the most positive communication possible, so why not consider at least giving it a shot? In addition, you should also know that astrology is in no way bad for your health, on the contrary, it is a bit to be assimilated like a valve, a little positive leisure, which will allow you to take a step back on everyday life and take a more precise look at where you are personally, and in your relationship to others.

Finally, we would like to broaden the perspective of all these elements that we have just described, recalling that astrology is a pseudo-science, of course, but it is universal. Even if we must agree that there are different ways of understanding it depending on the country and the culture in which you find yourself, astrology everywhere has the same objective, the same vocation, if we can say… So indeed, the bases and methods of calculation are not identical everywhere and are not necessarily based on the base of the Western zodiac, but if we had to make a quick synthesis of what this discipline, absolutely everywhere we would come back to the idea that it has no raison d’être except in the facilitation of human relations. It is on this absolute value, which can only be beneficial to everyone, that the universal idea that astrology conveys, everywhere, is based.

We are coming to the end of our article and we hope that you have learned a few things about the subject of the day and that you have somewhat reduced the caricatured vision that you could have had of it, if you considered that astrology is limited on the horoscope page of so many magazines, people or not… The subject benefits from very generous treatment on all media (internet, TV, radio, etc.), and if you want to know more , be aware that the web is full of dedicated sites, more or less serious moreover… If astrology is really a theme that you would like to deepen, we advise you to go back to the sources and study its history right away. first, because it will give you a base of knowledge without which to understand this pseudo-science is truly unthinkable, as it can seem hermetic and pointed in certain aspects, especially when one pushes its study more deeply.

Friluftsliv: the Norwegian recipe for happiness?

Astrology: why does it make us feel good to believe in it?