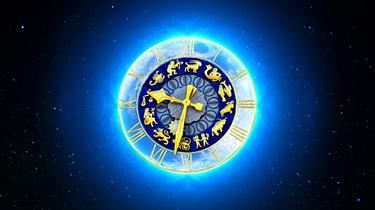 In astrology, each Zodiac sign is associated with a specific area of ​​the human body. Generally, it is particularly sensitive and fragile. Head, stomach, feet, back, shoulders, sexual organs… These are the parts you should pay special attention to.

As confirmed by the famous astrologer Claude Alexis, “the astrological signs leave an imprint on our body according to the position of the planets at the time of our birth”. And “becoming aware of the organs, muscles, certain parts of our skeleton to protect, and especially to spare, is an additional asset to stay in shape”.

The first sign of the Zodiac, Aries, an ambitious and courageous being, is linked to the upper body. Specifically, it is associated with the head, eyes, and brain. “Like the symbolic animal that characterizes him, he is always ready to pounce, a real leader, and he goes headlong to get what he wants. But it hurts, ”analyzes the specialist.

This is why he often has “migraines, eye problems and constant stress experienced in his head”. Claude Alexis advises these natives to avoid “making hasty decisions and wanting to direct everything sometimes without thinking”.

Aries like “action much more than dialogue and don’t like to waste their time on big talk, but a little diplomacy would allow them to use the horns less and be just as stubborn.”

For his part, Taurus rules the throat, neck and vocal cords. These natives are known to be “obstinate and stubborn.” When he has an idea in his head, this earth sign tends to “not look at what is going on around him and to lack flexibility and discernment”.

He is a being “a little too rigid under the weight of his head firmly anchored on his neck”. Therefore, it is not uncommon for people born under this sign to have “problems with the thyroid gland,” which is located at the base of the neck.

Moreover, Taurus being in relation with the vocal cords, he is “often an excellent singer”. If you were born between April 20 and May 21, “strive to stretch your neck upwards, to open yourself to others, even if your need for security forces you to be in the factual because you risk moving on to side of great opportunities.

Taurus are often criticized for being too slow to make a decision, which can annoy those around them. So “use your vocal chords wisely, express yourself, shout out your wishes and desires”.

For Gemini, it’s the shoulders, arms, hands, and nervous system. This Air sign, sociable and friendly, “gesticulates in all directions and talks a lot with his hands, it’s as if he created his own sign language”, explains the astrologer.

He is known to be “very tactile” and uses his hands “to build and make things”. These natives are on the other hand often “anxious and stressed”. They can “easily have panic attacks. They tend to worry a lot especially when they are not active.

Geminis too often tend to neglect their health, “so busy are they watching everything that is going on around them out of curiosity and their inability to stay in place”, notes Claude Alexis, who recommends that they ” pass a few scanners from time to time to check everything”.

For its part, Cancer, “maternal and nurturing sign par excellence”, is associated with the torso, breasts and stomach. Emotional and sensitive, this Air sign is “concerned about family and home and very attached to the people around them.” These people are usually “very loyal and empathetic, able to understand the pain and suffering of others.”

But this is not without consequences for their health. Absorbing the emotions of others “causes Cancer digestive problems, but also eating disorders. The stress goes through his belly before his head or his heart.

According to the expert, who set up a web TV dedicated to clairvoyance, people born under this “fighting and enterprising” sign, which opens the summer season, have every interest in “taking a step back from others and learning to say ‘no’”. “Run away from toxic and overly egocentric people, they have nothing to bring you”.

In Leo, the sensitive points are the heart, the upper back and the spine. “This protective sign, faithful, courageous and loyal, has a lot of heart and knows how to show it with generosity”. “Mane forward like the symbolic animal that represents him, he holds his head high, firmly planted on his spine”.

But this posture can be a source of problems. “Always anxious to show his uprightness and not to appear cowardly, he can create palpitations or other cardiovascular problems”. By dint of standing very straight at all times, he also often has pain in the spine, adds the specialist in divinatory arts.

Leo is “a big dreamer, an idealist who wants to do great things to make the world a better place.” He also has “a good opinion of himself, but he should try to be less proud in the face of criticism”.

The sign of Virgo also governs three parts of the body: the intestines, the digestive system and the spleen. Many emotions come to nest in the belly of these natives. But with people born under this sign, “everything is under control.”

Intelligent, patient, humble, and endowed with a great analytical sense, Virgos are very careful about their diet. “Digestive system, intestines and spleen should receive only non-toxic food, she makes this her motto and her concept of life”.

However, Claude Alexis advises these natives, for whom health is very important, not to “systematically overlook the pleasures of life”.

Libra is associated with the kidneys, lower back and buttocks. This sign “must pay attention to the center of gravity of their body. Balance is very important to him, even vital. “All these parts of the body play an important and major role in the harmony so sought after by these natives”.

People born between September 23 and October 22 often feel like they can’t impose themselves and tend to follow others. “They are blamed for their indecision as they look for the most ‘fair’ solution.”

“You make sure you maintain symmetry in all areas, and that’s fine,” the medium continues. On the other hand, “be careful not to lose your inner balance. Symmetry does not justify everything.

Also, “take good care of your skin,” he recommends, as sensuality is of great importance to this sign.

Scorpio is related to the reproductive system, the bladder and the sexual organs. It is an “incredibly sensual” sign. He attaches great importance to “pleasure and intimacy”.

For these natives, physical contact is essential. However, “the repetition of the act causes him to have a propensity for urinary tract infections”. People under this sign are “not always very easy to live with, but they are generous, sincere, ambitious, and always want to go higher and further”.

But sometimes it’s good to “calm down your excesses and put your sexual organs to rest.” “Try to appease your nonconformist and rebellious nature, to accept criticism, and not to use sex to show authority and seduction”.

Honest and spontaneous, Sagittarius is associated with the hips, thighs, and liver. This Fire sign “loves to explore the world.” He is known “for his desire for adventure and travel because he likes to move, to discover elsewhere, to be always on the move, in motion”, and to wiggle his hips until the end of the night.

And to dance and cover these great distances, he naturally needs his thighs and hips. He also needs his liver “to process the exotic cuisines he loves to taste, he’s an epicurean. He loves good and beautiful things”.

To spare yourself, “try to calm your fiery temper which also acts on your liver”. And watch out for excess. “Avoid above all the overconsumption of alcohol and rich and fatty dishes”.

For its part, Capricorn is in relation with the knees, the tendons and the skeleton. In this sign, “it is especially the joints which are damaged and which must be monitored”, he says.

“This sign loves planning, directing and making things happen. He constantly tries to surpass himself and always aim higher to reach the heights. Determined, the Capricorn likes to have responsibilities, but the weight is sometimes difficult to bear.

“The pressure is felt on his joints, which ensure the mobility of the skeleton”. These natives, reputed to be “solid but a little stubborn”, must stop “wanting to carry the world on their shoulders”, and learn to delegate, to accept the help offered to them.

Aquarius is associated with calves, ankles and veins. It is a sign that can be very “nervous because his body cannot always keep up with his hyperactive mind”.

“The ankles connect the entire upper body to the feet, which connect the body to the earth, it is important for this sign to spare them”. Original and independent, people from this Air sign “are often between two worlds and jump from one foot to the other”.

Aquarius is “a kind of UFO, a human intermediary between life on Earth and in space”. Visionary and creative, he is torn “between calm and eccentricity and full of energy”. But sometimes he should “moderate his nervousness because it can affect his circulatory system, therefore the veins”.

Finally, Pisces have sensitive feet and must pay particular attention to their lymphatic system, an essential element of the immune system. This Water sign “tends to absorb other people’s moods as much as their suffering, but also their germs or other viruses”.

He therefore easily falls ill. The specialist points out that Pisces often likes to “run barefoot in the grass or on the beach to absorb energies”. Vulnerable and mysterious, people belonging to this sign are distinguished “by their gentle and non-violent character”.

However, if you are a Pisces, “try to be less emotional, to manage the conflicts that arise without it affecting you deep inside your body. Don’t let yourself be bullied so much and don’t give in to melancholy.

Astrology: Here is the part of the body associated with your sign and find out what it means