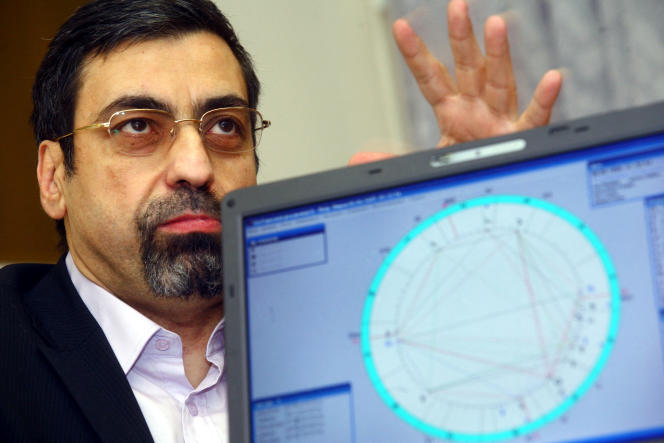 You thought the conflict in Ukraine had something to do with Russian imperialism? With the personal ambitions of President Vladimir Putin? With the expansion of NATO? Mistake ! “What happens between Libra Vladimir Putin and Scorpio Joe Biden is very typical of zodiac relationships. One often observes in Putin the attempt to maintain a balance, to seek an agreement. And only when that is impossible, he goes on the offensive. Scorpio, on the other hand, strikes deliberately, after finding his opponent’s weak point. »

Not convinced by this explanation provided by the Russian astrologer Tamara Globa? Try Svetlana Dragan, geopolitical astrologer : “What is happening is an attempt by Russia to free itself from its colony status and the patterns imposed by the West, transhumanism, economic extremism, and in general the suppression of man. It’s a battle between an old world and a new world, the whole cosmic pyramid is changing. »

There is nothing marginal about these somewhat baroque comments. Let us judge: the first video mentioned, a interview with Tamara Globa broadcast on March 30, totals 11.8 million views on YouTube. It comes with thousands of grateful comments (and a few more sarcastic ones). Svetlana Dragan’s video from April 16 has 2.5 million views. And many other more modest players have positioned themselves in this market. Example : Rami Blekt, 150,000 views. Who decides: “According to the stars, the Donetsk People’s Republic and the Luhansk People’s Republic do not belong to Ukraine. »

Read also: Article reserved for our subscribers In Russia, culture summoned to march in step

The success of astrologers is not surprising. It responds to the deep anxiety that runs through Russian society in a troubled period. Moreover, the ground is favourable. Perestroika in the mid-1980s was accompanied by an overflowing passion for the paranormal, with the appearance of star mediums and even massively watched television shows. However, this appetite had subsided with the appearance of a certain stability in the mid-2000s.

To this need to understand, expressed by ordinary citizens, responds, on the side of power, a need to explain in simple terms. Because these videos have one thing in common, apart from their difficult to understand jargon and the banality of certain forecasts (special mention to: “ The aviation sector in Russia will suffer in 2022 »). There is a series of recurring messages: the outside world is terrifying; Russia suffers less than the others; there is no point trying to understand; nothing depends on us; rather do good around us.

You have 61.28% of this article left to read. The following is for subscribers only.