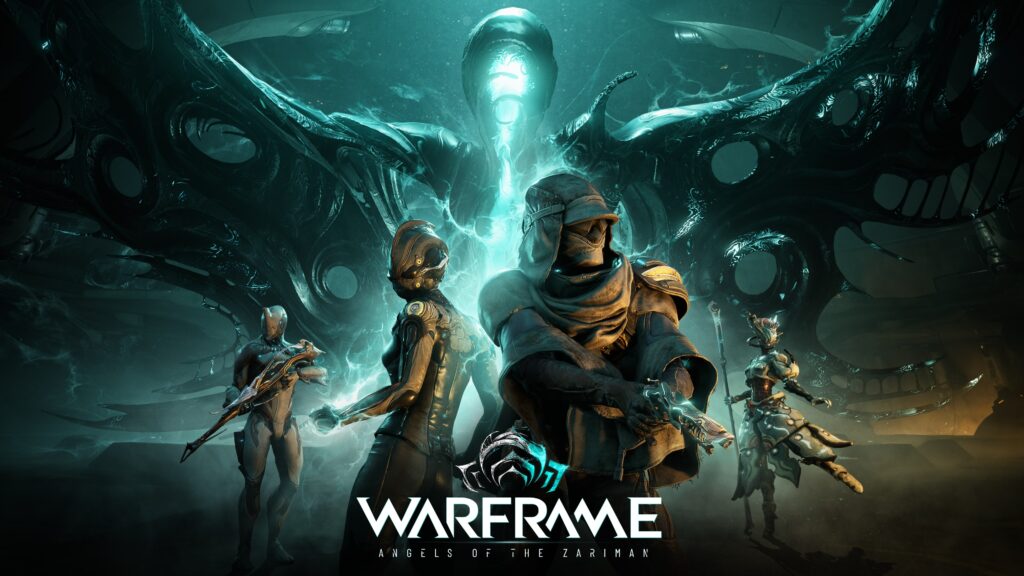 The Angels of Zariman, a dive into the Tenno mystery

For sure, Warframe’s next expansion will be released on all platforms this April 27th. On the program: a new Warframe, a new destination, new game modes… In short, finally playable content to get your teeth into after the events of The New War have unfolded.

From April 27, we will unveil a little more the mysteries of the origin of the Tenno by diving into the very heart of the starting point of their epic: the Zariman Ten Zero.

We can visit the Chrystalitha brand new social space where it will be possible to meet new characters, and customize our own apartments.

The legendary ship will house 3 new mission types to challenge both our Warframes and the Tenno minds that control them:

This type of heavily parkour-oriented mission requires collecting Void Orbs in order to build up Void Energy to seal rifts. Failing to seal them quickly enough afflicts players with several debuffs. Seal 3 fractures, face a mini-boss, and you move on to the next round in this type of endless mission.

Also in this infinite mode, you must free the Zariman from Void corruption by sealing cracks with your Amp in an area where you can only move with your Operator. A miniboss then appears, and killing it releases its ghostly envelope which will seek a new host if you don’t prevent it. The good news is that with the Focus changes, taking down such an enemy guarantees 2500 Focus for the equipped school.

No information on this mode for the moment, it will be up to us to discover the subtleties!

Gyre, 49th (non-prime) Warframe in the game, is based on electric powers, but its gameplay is very different from its colleague Volt. Indeed, the team had fun building a kit that takes us back to the laws of physics, to Tesla-style electricity. Gyre, like Protea, Hildryn, Xaku or Limbo has its own personalized “momentum” (the dash, the roll). And it’s not lacking in style, since it teleports a short distance!

Gyre Abilities have a 10% chance to deal Critical Damage for each Electric Status Effect that affects the enemy.

Launch a spinning sphere that deals heavy damage on impact and periodic electric shocks to nearby enemies. Hitting at least enemies during the initial cast increases Damage.

Launch a spinning sphere that will implode after 2 seconds, or be triggered manually.

Enjoy a brief period of increased Critical Chance and Energy Regeneration, with each kill extending the duration of Cathodic Grace. This skill is on cooldown.

Gyre mechanisms spin at incredible speeds, generating an electric field that shocks nearby enemies. When Gyre performs a Critical Hit, a large electrical discharge will jump from the enemy that was hit to nearby enemies.

Incarnon is a new upgradable weapon system (inspired by the functioning of the Ephemera Protovyre) sold by a Chrystalith NPC, and whose many possibilities will be revealed to players by completing challenges.

Hespar will be the first of its lineage, and it will be necessary to obtain the Gust of Dawn stance to take advantage of its full combo potential.

Anyway personally I hope it will be a good melee weapon. Sorry for this atrocious valve…

How about we take a look at her instead?

And that’s not all ! Valkyr Carnivex, Focus changes, dormizone… Discover more details on the new features to be released with the release on all platforms of Les Anges du Zariman on April 27 on theexcellent summary translated by Kev directly on the official forums.

That’s it for this little summary which, I’m happy to tell you, marks the return of content about Waframe to the site.

And you, are you looking forward to discovering this new expansion?

WARFRAME – All the info about The Angels of Zariman – Next Stage