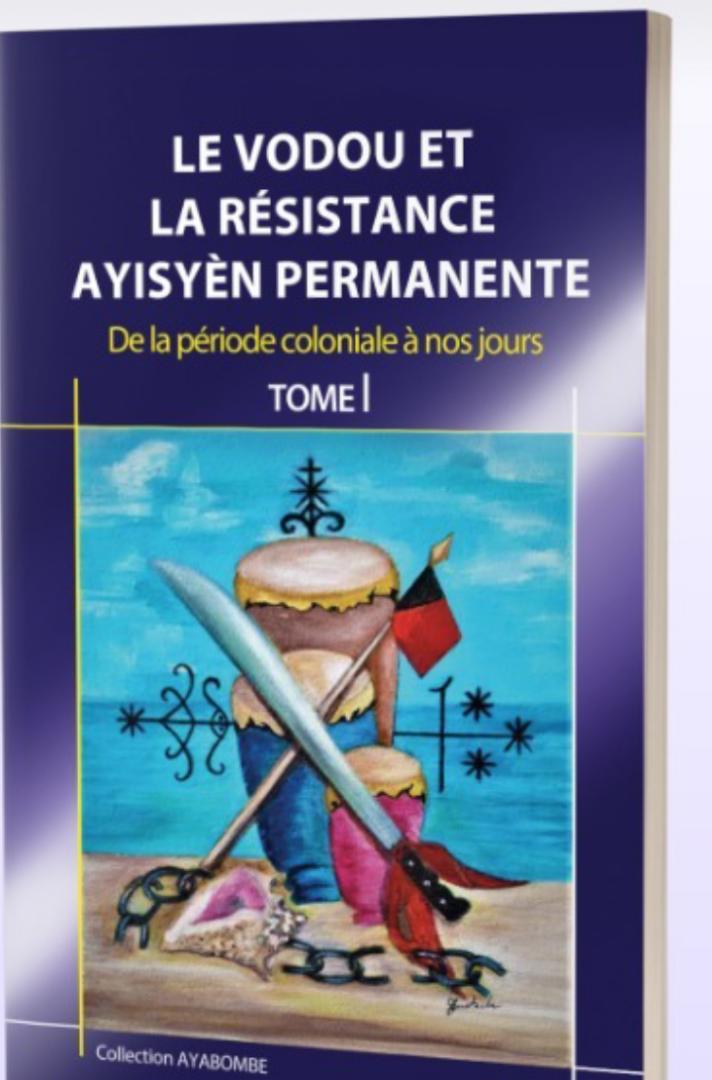 
Reynold Eustache born September 24, 1946, in the Central Plateau into a family strongly involved in the resistance of the Cacos during the American occupation, delivered a socio-historical approach to voodoo in the first volume of his book: “Voodoo and the permanent Ayisyèn resistance”, from the colonial period to the present day. This didactic essay with more than one title, of nearly three hundred pages, written in a clear handwriting, is published in December 2021. In this book, the author Reynold Eustache, relying on a rich and diversified bibliography, offers, to the understanding of its readers and to the intelligibility of voodoo followers in particular, Ayisyen voodoo and its impacts on Haitian society as a whole since the genesis of Ayiti Toma.

Fruit of scholarly research by the author, this study will help to understand and identify voodoo in its entirety. Voodoo is complex and rich. It is very poorly known by a large portion of the Haitian population living on the influence of imported cultures and religions. For the writer Eustache, an ardent defender of voodoo, voodoo is at the same time culture, religion, science, occultism, astrology, magnetism, magic, folklore and way of life. In the pages of his book, Reynold Eustache shines a striking light on each of these aspects and shows a particular interest in voodoo, the culture of the Haitian people. The book: “Voodoo and the permanent Ayisyèn resistance” from the colonial period to the present day is divided into nine major chapters, some more meticulous than the others. In the first chapter, the author demonstrates, with a wealth of detail, some conceptual and orthographic approaches to voodoo according to the authors and according to the circumstances. Some write voodoo, voodoo, voodoo, others voodoo or vodun, however for the essayist Eustache, it should be remembered that in Haiti or anywhere in the world reference is made to this culture and all its practices reflecting a philosophy of life. The second chapter reveals a certain similarity between Catholicism and Vodou. The third chapter of the book consists in developing the Protestant anti voodoo propagandist theories which summarize in these terms for example that voodoo is a satanic activity, the voodoo spirits are fallen angels, the practitioners of voodoo serve Satan, the devil, no voodoo practitioner ‘will go to heaven, those who practice voodoo are condemned etc., etc.

In chapter 4, there is an in-depth explanation of voodoo and other religious denominations of a Protestant nature such as Jehovah’s Witnesses and Mormonism. “Despite the propaganda against Satan, the devil, the threats of hell, the illusion of eternal paradise, Jesus who is coming back soon and hastening to convert so as not to miss the opportunity, the voodooists remain impassive” , we read on page 123. The relatively short chapters 5 and 6 talk about the process of dehumanization of black people deported from Africa and highlight the objectives and the fights pursued by voodoo organizations. Chapter 7 contains the philosophical and historical reflections of the author Reynold Eustache who categorically rejects the thesis that Haiti was discovered in 1492 by Christopher Columbus. For Eustache, this allegation is doubly false based on data from Fatima Khemilat. Chapter 8 returns with great pomp to Africa, land of our Ancestors and cradle of Humanity and civilization. And the last chapter contains the political accusations against the voodoo resistance. Charges that the author vehemently denies and rejects. “The Ayisyen voodooists, despite their limited means and the complicity of the inconsistent state officials who accompanied the Catholic Church in its various so-called anti-superstious campaigns, managed to keep intact the ancestral traditions of West Africa. , making Ayiti, not only the extension of this continent, but also a synthesis of Africa if not the African Union on the cultural and religious level”, we read on the back cover.

This is a book that takes stock of the voodoo resistance that is needed in these uncertain and difficult times for the purpose of appropriating our culture, a reflection of our identity. Remember that the second volume of the book “Voodoo and the permanent Ayisyèn resistance” from the colonial period to the present day will be devoted to lakou and peristyles, in particular Lakou Souvenance, in the suburbs of Gonaïves.

“Voodoo and the permanent Ayisyèn resistance”, a socio-historical work on one of the fundamental elements of Haitian culture