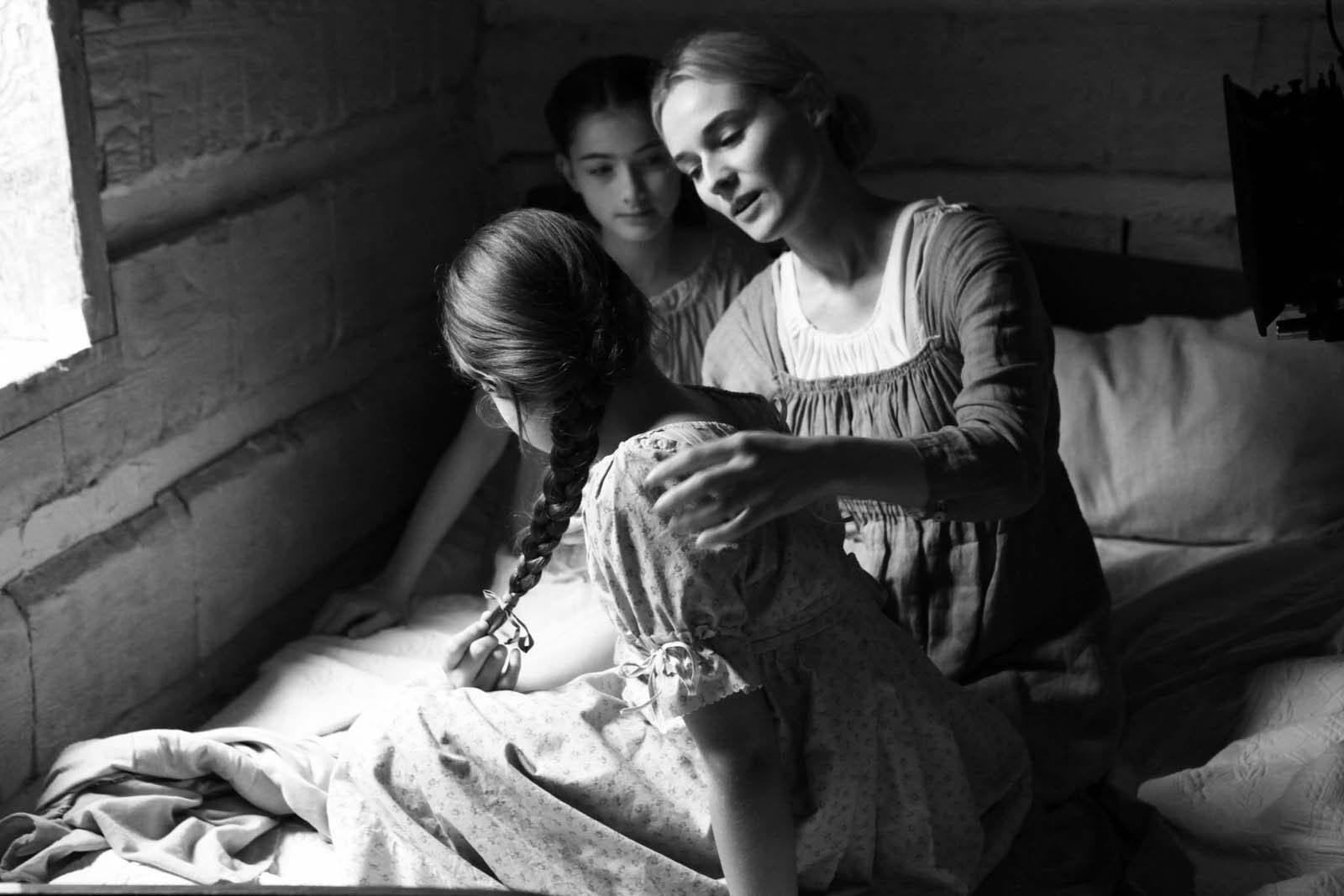 Indiana, 1817. An American nation, barely forty years old, struggling to recover from its second War of Independence. Men and women who, in order to survive, lead a merciless fight against nature and disease. This is the world that Abraham Lincoln discovers at birth. Over a period of three years, the film traces the childhood of the future President of the United States, his family, the difficulties he went through and which built him, the tragedy that marked him forever, and the two women who will help him fulfill his destiny.

Patience has its virtues. It took eight years to discover Under the wing of angels, and at the same time the existence of AJ Edwards filmmaker. We already knew his work as an editor: a loyal ally of Terrence Malick since the mid-2000s, he contributed to the development of the mail order editing of the director of New world, from which he uses part of the grammar for this first feature film. Since then, AJ Edwards has made Friday’s Child and First Lovewhich have not yet enjoyed a French national release.

Eight years is also the age that Abraham Lincoln had just left when he became an orphan of his mother, a dramatic crystallization around which the emotional intrigue of the film is tied. We are in Indiana, at the end of the 1810s, and the young Abraham is raised by his parents in a house isolated by the woods, living according to an almost self-sufficient economy. Between school, manual work and games in nature, he discovers the different facets of his universe. The film focuses on a few years of his youth in the middle of which his stepmother (Diane Kruger) will occupy the heavy task of succeeding the one who gave birth to him. ” I won’t replace your mother, but I will love you as much as she does “, she assures him.

As in The Tree of Life, the beauty of nature and the family hearth are accompanied by a founding and complementary duality. The severity of the father defines a model of rigor and prosaism in the face of the elements (natural, material), counterbalanced by the gentleness and benevolence of the mother – or rather of the mothers, the angels of the title whose wings are protective. The dramatic scheme is however reversed: it is not a woman who mourns her son but a child who is confronted with disappearance. Also, likeA hidden life, it is a question of recounting a major historical event by highlighting an aside: a transhistorical force goes beyond the period, while the characters fully experience the consequences of History or are led to act on it. this. The language of Terrence Malick, who is also the producer of the film, is obviously a source of influence but it never threatens to be overwhelming since it induces in itself, by the lightness of its movements, a great depth and clarity, liberating.

The film’s evocative power helps incorporate the character’s apparent gigantism (we think back to Steven Spielberg’s biopic which told Lincoln through formal choices in all respects contrary to those of Under the wing of angels) inside a cinema of sensations that connects beings to their environment. If we identify themes that Lincoln will defend when he becomes the one we know (education, justice), they are based on experience – the young boy barely sees slaves during a march in the forest. He is defined by his own perceptions, physical and mental images experienced above all as a set of affects essential to his construction as a human being.

By focusing on recounting, through visual intuitions punctuated by the beats of the soul, the childhood of the President of the United States whose silhouette is forever sculpted in front of a memorial in Washington, AJ Edwards captures the world that was within reach of his child’s gaze. Rather than transposing a political history lesson, Under the wing of angels is the staging of a poetic awakening.

Guest contributor for Le Bleu du Miroir but also for the Revue Positif, co-founder of the site Culture aux trousses.