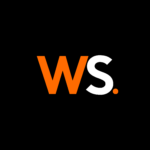 It was time ! After five losses to start the season, the Los Angeles Lakers just won their second straight game tonight at crypto.com Arena. Facing the Pels, it took an in-extremis shot in the corner from Matt Ryan at the buzzer to take the Angelinos into overtime. An extra time that smiled on the purple and gold. If everything is far from perfect, the Lakers still offer a little respite.

He is therefore the savior of the evening. Led by three points one second from the buzzer, the Lakers still got away with it. Thanks to this very clutch shoot from Matt Ryan. But also and above all, thanks to their big four, which is beginning to take shape. With a role finally accepted for Westbrook, who would have every interest in continuing this momentum. For him, but also for his frankness.

Moribund at the start of the season, the Lakers seemed completely off the mark, disconnected from reality. Above all, on the floor, nothing was done to win matches. Result, five defeats after five games, the only franchise without a win and questions at all levels. And then there was this burst, against the Nuggets, then yesterday against the Pels in a match that was badly embarked on. It took great strength of character for LeBron James’ teammates to pull through. The latter also affirms that his people have never given up despite adversity: “We’re all here for one reason, and that’s to win. Whether the guys’ numbers are called or not, we have to understand that it’s for the good of the team, not the individuals. And tonight [contre les Nuggets], it was one of the games where the guys stayed ready, and the guys who stayed ready and didn’t have their number called as much as before, were still focused and cheering on the group that was on the floor. That’s being a team.“

Around a still performing King James (25pts, 9rbds, 7.4asts per game), and an Anthony Davis on the road to recovery (23.2pts and 11.5rbds), the Lakers have also found a new thief capable of supporting them in diversity: Lonnie Walker IV. Yet far from being destined to play the leading roles on the side of the City of Angels, he made a great start to the season (16.1pts, 3.3rbds, 2.3asts). He especially relieves the two player franchises and Ham can really rely on him.

After a lackluster start, the Lakers may have finally found their stride. LeBron was not particularly worried, he who demanded time from the start. “It’s a new system. It’s a new group of guys. We are still trying to get to know each other. It’s only been 4 encounters, and it sucks to lose, but we still have 78 encounters, and plenty of time to right the ship and it starts now. It starts yesterday.” Nothing to be alarmed about, especially since the chemistry may be starting to take hold.

Strangely, or not, these two successes coincide with a strong choice: that of starting Russell Westbrook on the bench. The experiment had already been tried in pre-season, with more or less success. Above all, RussWest seemed reluctant to lead the second unit. He had also claimed that:I had the same routine for 14 years straight. Honestly, I didn’t even know what to do before the game. To be honest, I was trying to figure out how to stay warm and ready. Especially the way I play, because I go fast, I push, I restart. It turns out that when I entered the game, I felt something. I thought it was…I didn’t know what it was, but I wasn’t going to risk it in a preseason game. But it was definitely not something I was used to. I was not warm enough. But it’s something I wasn’t used to”. Not very playful, his “injury” at the start of the season would therefore be the consequence of his being benched at kick-off. Why not.

But finally, after a catastrophic start to the season, Darvin Ham decided to try the experiment again… With much more success! Three games off the bench for the 2017 MVP, two successes and above all stats worthy of the marsupilami. 18pts, 8rbds, 8asts and +18 differential against the Nuggets, 13pts, 7rbds, 9asts against the Pelicans yesterday. And always more than 50% at the shoot. Even in the loss to Wolves, he had been rather to his advantage, with 18pts, 8rbds and 3asts. A far cry from his 0/11 game against the Clippers at the start of the season.

Above all, he seems to have found a certain energy, a certain joie de vivre, communicative within the group. “I love seeing my teammates flourish, honestly. I find joy in seeing others succeed; my entire career, what has boosted me is seeing others succeed. And tonight was a night where the guys were putting their shots, fighting and you couldn’t ask for more. When I am put in the right position to help my teammates, to make them better, it is beneficial for the whole team. My role remains to figure out how to make this team perform better, no matter what the game demands. Whether it’s scoring and passing, rebounding and defending, I’m proud to be able to do it all on the field.” What if the former OKC had found his new role?

Still, his state of mind commands respect, even within the group. Anthony Davis said on this subject: “To be a player of this caliber and come off the bench shows that he really is a guy who does everything the team needs to win. He sacrificed his starting place for the good of the team. He thrives in this role. That’s all we can ask for. I said, ‘Just keep doing what you’re doing. Everything you do is amazing.’ In the last two games, he’s been doing his thing. I’m proud of him.“

Everything is far from perfect for the Lakers, the hard success after overtime against New Orleans is proof of that. But it is clear that there is better, and this, since the passage of Russell Westbrook in the heart of the second unit. Has Darvin Ham finally found the right formula? Maybe, but that remains to be confirmed later. With two of its next three games against the Jazz and with the reception of the Cavs in good shape, the legendary Los Angeles franchise will have the opportunity to prove that this improvement is not just a mirage.

Heart bruised by the end of Rodgeur’s career, I rely on The Beard’s stepbacks. Nothing like an incandescent Velodrome to make me capsize with happiness

The Lakers raise their heads