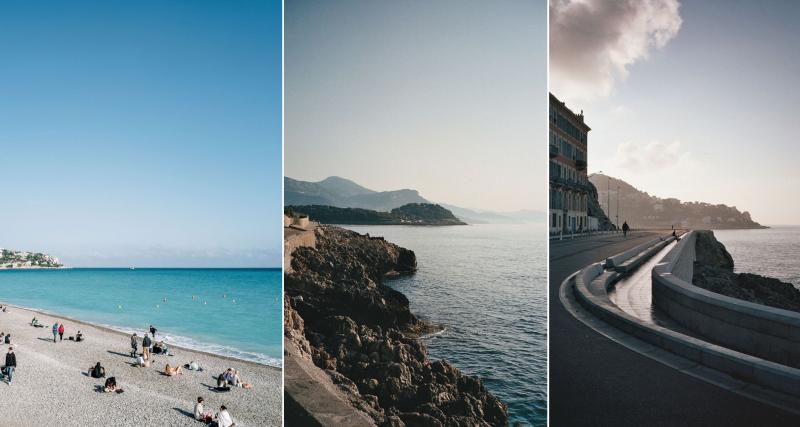 Zapping Men’s UP Epicurieux EP8: In the footsteps of Dom Pérignon in a Kia EV6

She calls herself Nissa la bella and her hymn resounds fervently through the bleachers of the OGC Nice stadium every match night, the Riviera metropolis knows how to use its charms. If it seduces Maralpines, locals and pilgrims with its mild winters and high summer temperatures, the city of Nice has also been proudly listed as a UNESCO World Heritage Site since 2021.

Cradled by the Mediterranean, crowned by a setting of hills and elegantly dressed in an architectural drapery of Belle Epoque and Haussmann style, the coastal city conceals a thousand and one jewels around its coastline. And one of its marvels is the AC Hotel Nice.

The art and the way

Located along the busiest promenade in the world, the Promenade Des Anglais, so named by the Reverend Lewis Way in the 19th century, the establishment aims to reflect its city, cosmopolitan and singularly aesthetic. And make no mistake, behind the name “hotel” hides a rich cultural space that is both contemporary and local.

Scattered across the various surfaces of the hotel, works of art and objects of contemplation harmoniously highlight the cultural heritage of Nice and celebrate the genius of emblematic and up-and-coming artists such as Sasha Sosno and her monumental bronze Venuses. Influenced by contemporary art and in particular street art, AC Nice invites visual artists and sculptors to invest its spaces, transformed into an exhibition space.

An attraction for art combined with a unique touch that is even reflected in the restaurant’s plates. On the menu, a clever mix of Mediterranean flavors and fresh products with a Melanzana composed of aubergine confit with thyme and cumin, garnished with feta, zucchini flower fritters or a Polpo alla Luciana, a tender octopus and tasty marinated with capers and served with grilled prawns.

After having entertained our gourmet taste buds, we let ourselves be tempted by a moment of idleness on the sumptuous Rooftop of the hotel. Spread over 600 square meters, the space covered with a green habit has a large swimming pool for the great pleasure of the guests. Dozing on the deckchairs, splashing around in the shimmering water or standing up, a signature cocktail in hand, facing the panoramic view: azure water and green palm trees on one side, surrounding mountains on the other, the latter will let themselves quickly seduced by the charm of the French Riviera.

When the sun goes down, the most resistant will discover the Farago on the Roof evenings organized by the establishment. In a bohemian chic atmosphere, live music with acoustic resonances will punctuate the evening while guests will savor creative plates to share and colorful cocktails facing a divinely orange sun.

As for the others in search of tranquillity, they can retire and relax in their room with its sober and uncluttered spirit and its light and subdued tones. Seduced by the Côte d’Azur “where the light is brighter than elsewhere, where the sky is more lenient, where the sun shines more often” the English writer Thomas Smolett contemplated with admiration the treasures of this region and the AC Hôtel Nice is no exception today.

To read also: “Under the sunlight of the tropics of the new Tropical Hotel in St Barths”

the AC Hotel, which does not demerit its status as an ace in terms of hospitality, still has many surprises in store for its guests who have come to enjoy the sweet idleness of Nice