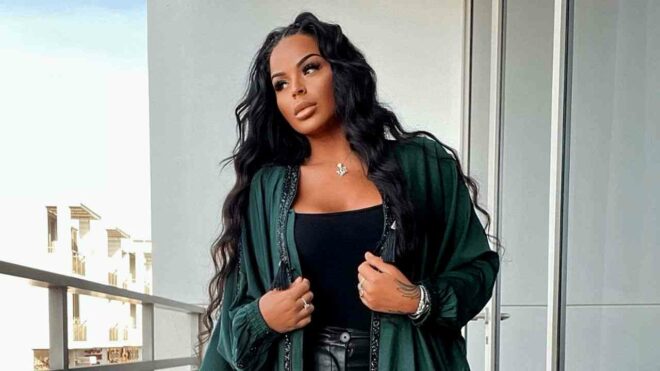 Not long ago, a video clip of Sarah Fraisou making fun of Aurélie Preston in Angels 8 made the rounds on social networks. And the candidate took the full brunt of the wrath of Internet users. We tell you everything!

It’s been a year since the controversy erupted around the last season of the Holidays of the Angels. Remember! Angel, Nathanya, Rawell and Rania had accused many of the show’s contestants of harassment.

Among these candidates: Sarah Fraisou. And the latter had quickly wanted to respond to the accusations of the young women. ” Yes, there were times when I was very childish. And maybe for some people I went too far and didn’t realize it. You should know that when I started TV I was 20, today I’m 28. » She explains.

Ahmed’s ex adds: ” In Les Vacance des Anges I take a lot on myself, I don’t explode, I’m restrained, simply because I am no longer a child. (…) Yes, I’m sorry, but in itself it was in full confusion. You know very well how tempers flare. (…) I am not picking on anyone. There are certain behaviors that I regret, but in no case did I harass anyone. »

Sarah Fraisou: she makes fun of Aurélie Preston who plays sports and gets tackled

But recently, a video of the Angels resurfaced., and Sarah Fraisou once again took the brunt of the wrath of Internet users. In the video, we can see Sarah Fraisou, accompanied by Nikola Lozina and Raphaël Pépin, in the Angels of reality TV season 8. The 3 candidates openly laugh at Aurélie Preston’s sports session, and we can hear Nikola say: “She’s evolving, it’s like a Pokemon. There she is evolving 3”. Before Sarah Fraisou adds in ITW: “Aurélie… pfff, Aurélie what. Packed, puffy…frog…looks like a blow up doll”

Very quickly, Internet users reacted to this sequence, and did not hesitate to criticize the behavior of Sarah Fraisou in relation to Aurélie. ” It was excruciating to watch. I was shocked at the time that it went on the air so easily “, “Sarah fraisou she was too naughty for free”, “Sarah Fraisou still dared to say that Aurelie was walking around the house all packed and swollen”, “when you see the old videos where she was harassing people you tell yourself that It’s a monster “, “ the 2 made fun of Aurelie Preston’s old-fashioned physique and today it’s Sarah Fraisou who kills herself with a bbl and sheath to lose weight and Jessica by dint of injecting herself looks like Boustiflor. »

The fact that Aurélie Preston won over all her opponents strikes me down. Today Jessica has a face more redone than hers and Sarah Fraisou has had her tenth liposuction and plaster to have her body.

All those who made fun of her at the time are no better today: Jessica also has big lips, Sarah fraisou is unrecognizable and has had 1000 surgeries to lose weight, Nicola has grown from season to season… and Aurélie during that time at Glow up!!

Sarah Fraisou spins the perfect love with Oussama. In couple for only a few weeks, they seem fulfilled. Which is not really to everyone’s taste, and in particular internet users who believe that the candidate got back into a relationship too quickly.

Sarah Fraisou: she makes fun of Aurélie Preston who plays sports and gets tackled