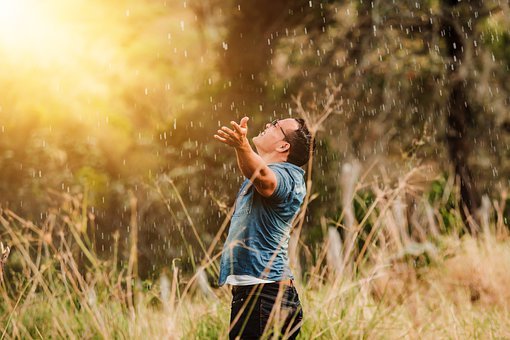 Bring victims back to life. This is also what can be used to testify before the special assize court in the trial of the Nice attack which caused the death of 86 people on July 14, 2016. The parents of Camille, who died that evening in 27 years old, have chosen this path for their testimony.

A smile so big and sincere that it is contagious, even when you see it in the photos shown in the cold setting of the grand trial room of the Paris courthouse. Ennio Morricone’s music from the film He once upon a time in the westa calm and soothing air, resonates when the photos of a life pass by.

Camille, very small at the beginning of the slide show, grows up before our eyes. Always that big smile on his face. Sometimes you can even imagine his laughter. We guess his personality. We guess her constant good humor, her communicative joy, her generosity, her adventurous side when she carries a backpack bigger than her in front of a mountain, her kindness, her demonstrations of affection. We wonder what it would have been like to talk to her, to sympathize with her, to become her friend perhaps.

Camille’s parents are there this Thursday, September 29 before the special assize court for the Nice attack trial to pay tribute to him, because Camille lost his life the evening of the attack.

When the tragedy occurs, Anne and Philippe Murris are on a boat near the Swedish fjords to celebrate their 30 years of marriage. As soon as they learn that there has been an attack, they do their best to get back to Nice as quickly as possible. They try to reach her but their calls and their messages go unanswered. Her brother Mathias also returns from Royan as quickly as he can to look for her.

The days following the attack were very difficult for the Murris family. Anne, Philippe and Mathias stay in their apartment in Nice in a “appalling anxiety” and it is relatives who are responsible for making the rounds of the hospitals to find out if she is injured somewhere. Anne Murris has several seizures of tetany “very spectacular” who frightened his son. “A glimmer of hope” was born on July 17 when they were called to tell them that there was one injured person who had not been identified. A young woman, in her twenties, of her corpulence. But this one has a tattoo on her back. “It’s not Camille, it’s not her style to have a tattoo”, her mother is sorry.

“I dreamed that she was hurt, confides Philippe Murris. If she was a paraplegic, I thought to myself that I would stop working and take care of her full time. The goal was for her to be alive.”

On the evening of July 17, the victim’s house called Philippe Murris to ask him to come. Anne Murris has a new crisis of tetany which prevents them from going there. Philippe Murris insists on the phone to be told what is going on. The officer confirms his greatest fear. They identified Camille’s body. Philippe feels a “very sharp, excruciating pain”. “But finally, we were done with this roller coaster between hopes and false hopes”, he says looking serious.

The Murris family, like the Borla family and like other families of victims, suffered from a lack of tact at the victims’ house. After recovering Camille’s few personal effects in a kraft envelope whose inventory is made with a “voice devoid of empathy”, the family is asked if they want to see Camille’s body. His mother and brother refuse but his father begins to say that he would like it. He tells : “I am cut off and told ‘we can only show you two hands behind glass.’ My wife collapses. We were appalled that we could be told this way. those people who should have done otherwise.”

The period that followed was very difficult for Anne Murris.

For a long time, I was destructured, disoriented, scared. I dealt with pain, grief, immense fatigue, the impossibility of feeding myself, the guilt of living when the order of life was not respected. Death, my body asked for it. My mind too. One day I saw the pain in my son’s eyes. Not that of his sister’s death but that of seeing me leave for a world from which I would never return. It had the effect of an electric shock. My selfishness jumped out at me. Did I have the right to hurt them even more? I had a duty: to live for my son, my husband and Camille. She could never bear to know that we were unhappy because of her. She could never bear to destroy us. Out of love for Camille, I had to move on. Out of love for my son, I had to move on.

Mathias and Camille are not even a year apart. She was the eldest. “When they were little, they liked to pretend to be twins, says their mother Anne at the helm. They were confidants, best friends, an inseparable pair, sharing the same circle of friends, the same passions and an extraordinary complicity. In September 2016, Camille and Mathias were to share a roommate in Paris.

The loss of his sister was very difficult for him as well. For a while, he didn’t want to see any more pictures of her, didn’t want to talk about her anymore. He also didn’t want to hear about the attack or the Memorial of the Angels association that his parents created. He said he was an only child when asked about his family situation. Ultimately, “little by little, it became possible again”, explains his father. Not long ago, “my son told us that the company he was creating was called Camille et Mathias”he said with a smile.

Philippe Murris, he managed to overcome the worst difficulties by returning to work as a teacher. “I returned to my work with apprehension, but happy to find myself with the children, he details. With them, you don’t have a moment’s respite, so it allowed me not to think about all that. It was very beneficial to go back to work, I don’t regret it at all.”

The family suffers every day from the loss of Camille. But they prefer to remember his life to pay homage to him. “I don’t want her death to overshadow her life and this wonderful person she was and will forever be,” says Anne Murris.

She was a woman “always joyful, full of life, always very enthusiastic, always in a good mood”, said his father. For his mother, “Camille was life personified, with an infectious laugh, a magnificent smile, sparkling eyes, the co-author with her brother of the most beautiful pages of my life”.

What made her happy was seeing others happy.

He is asking himself “If this terrorist had known her, perhaps he would not have committed this abomination”.

Camille had realized her dream three months before the attack. She had gone on a humanitarian trip. A project that frightened her father a little at first, worried about letting her go alone with her backpack to an unknown country. He understood that it was “something very visceral for her”. There, she helped children who had nothing.

Most of us dream of a better world. Camille is really stepping out of her comfort zone to try to make this world a better place.

Since his death, his business school has created a scholarship in his honor which rewards a deserving student committed to humanitarian work, “to pay tribute to him and promote his values”.

For his father, Camille “will forever be my sunshine”. A symbol of light for a luminous person.