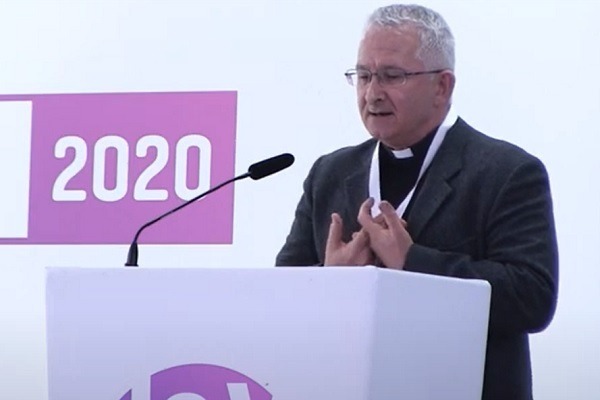 Tehran(IQNA)-Imam Hossein (as) sacrificed himself to save humanity, beyond all boundaries of race, religion and nationality.

Christopher Clohessy, a pastor and professor of Shia studies from South Africa, referring to the accounts that exist of the martyrdom of Imam Hussein (as), before and after the Karbala event, said: “From my view as a Christian seeker, the message of Imam Hossein (as) in Karbala, is a self-sacrifice to save humanity, beyond all borders of race, religion and nationality”.

Christopher Clohessy is a Catholic priest from South Africa and Professor of Shia Islamic Studies at the Pontifical Institute for Arabic and Islamic Studies in Rome, Italy. He is the author of “Angels in Haste: Visions of Karbala (2021)”, “Half of My Heart: The Story of Zainab Daughter of Ali (2018)” and “Fatimah Daughter of Muhammad (2017)”.

At the First Night of Mourning Ceremony for Muharram, hosted by Northwestern University of America, Christopher Clohessy addressed the theme “Reflecting on the Karbala Event in the Dreams of Umm Salama”.

At the start of his speech, he said, “I am speaking here not as a pastor, but as someone who has seriously studied Shia texts for years. In the year 61 of the Hegira, Imam Hossein (as) fell as a martyr. Umm Salama, the wife of the Prophet (as) who was over 80 years old at the time of the Imam’s martyrdom, saw the Imam’s martyrdom in a dream that night, like other Muslims who saw in dreams Imam Hussain and Karbala. These dreams sometimes concerned one or more angels, and sometimes the voice of the jinns or the blood of Karbala. These dreams which were a form of prophecy about the martyrdom of Imam Hussain in Karbala, have been recorded in historical books and Shia hadiths and are narrated in Muharram mourning gatherings. Some of these events happened before the birth of Imam Hussain when angels came to the Prophet to congratulate him and offer their condolences for his future martyrdom. Some of these dreams occurred after the Karbala incident, and were about people involved in the Imam’s martyrdom, who were seen in a state of torment. Some were seen on the same night of Ashura, such as Umm Salama, where the jinn consoled the Prophet for the martyrdom of Imam Hussain (as). 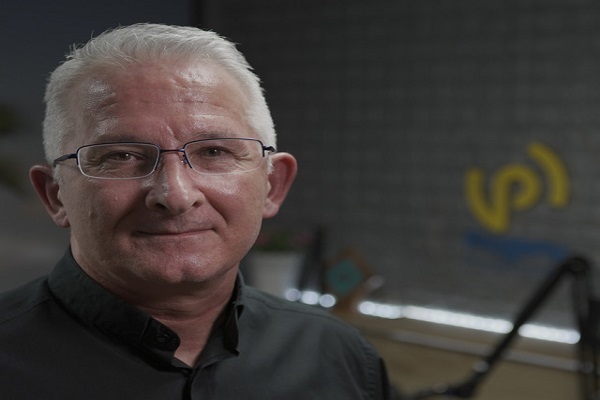 Among these dreams, the most important happens in the house of Umm Salama, 50 years or more, before the Karbala incident. The Prophet was sitting in Umm Salama’s house when Gabriel came. The Prophet ordered Umm Salama not to let anyone into the room. No one was allowed to interrupt the conversation between the Prophet and Gabriel. But someone entered the room. He was a young child named Hossein who didn’t want to be far from his grandfather. He pushed aside Umm Salama who was trying to prevent him from entering, entered the room and sat down at the feet of the Prophet. At that moment a conversation took place which I think is perhaps the most important conversation in all of Islam. Gabriel looked at Imam Hussain and said to the Prophet: “Do you love him? The Prophet replied, “Of course I love him.” I love him more than my life”. Gabriel then said, “Your people will kill him after you, and now I will show you the land where he will be martyred. Gabriel spread his wings and brought a handful of red earth from Karbala. Umm Salama poured this earth into a container. For the next fifty years, she looked at this land every day, until one night she turned to blood and Umm Salama understood that Hossein (as) had been killed.

Interestingly, these stories have been reported by some famous Sunni historians like Ibn Asaker Suri. These stories are recorded in large volumes of Shia historical works and hadiths, and also in the works of non-Shia muhaddiths.

For me, these accounts show that the Ahl al-Bayt were connected to God. From my point of view as a Christian theologian, the character of Imam Hossein is a model for all generations. If we treat the Karbala War differently, i.e. if we compare it to other wars like the Battle of Waterloo, we will find that the Karbala War is deeply rooted in Shia thought and daily life , as well as in their quality of life. Muslims, in my opinion, have given meaning and motivation to human life over the past 1400 years.

Karbala is a word which God has written in the heart of every human being, and which has spoken to human history and to humans. It is a word that shows the capacity for courage and justice, calls us to understand the desired situation and warns us against despair and helplessness.

For me, as a Christian believer, the martyrdom of Hossein in Karbala is a moral lesson and an effort towards truth and justice. In the Islamic way of life, ethics and spirituality are always central. This shows that, from the point of view of Islam, God is always present and that life without God is meaningless. Hossein went beyond all religious boundaries and left behind nationality, color and race, on his way to fight for the good of humanity.

The grandson of the Prophet of Islam acted according to the Quranic principles of Surah “Nisa” on how we should fight for the love of God. He became a model of altruism and sacrifice. The sound of Karbala can never be silenced. Karbala’s message is a search for justice and freedom, against corruption and oppression, which is recorded in the collective memory. All these dreams show that the voice of justice cannot be silenced and we should keep this example in mind, all the days of our life.

We must always try not to be in Yazid’s camp, not only during the month of Muharram, but throughout our lives. I am very happy that with my works, as a Christian, I was able to express my point of view on Karbala, Imam Hossein and the great Shia clerics.

Hossein (as) sacrificed himself to save humanity