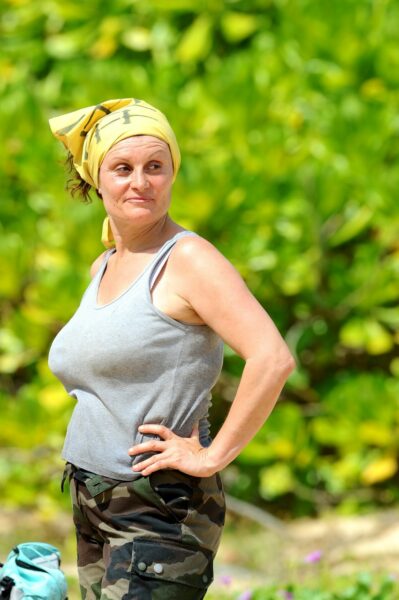 They are Gardois and have a career on the web as well as on television. Here is the portrait of local youtubers, instagramers, tik-tokers and reality TV candidates. Known everywhere in France for her strong character, “Fred” retraces her career on television and evokes her fight for the protection of animals as well as her dream of creating a refuge for abandoned cats. An article published in issue nine of our magazine released in December 2020 and which we invite you to find on our site during these Christmas holidays.

More than eleven years ago, on September 17, 2010, during the tenth season of Koh-Lanta, France discovered Frédérique Brugiroux, this Parisian who arrived in Nîmes at the age of 15. A “big mouth” who does not let it go and who is eliminated… from the first episode in front of 7.8 million viewers! “It remains a very bad memory. It wasn’t survival that bothered me, nor sleeping on the ground, but supporting others.”she remembers about an edition where the teams had been formed with the men on one side and the women on the other. “It was a nightmare because I’m not a feminist at all. We need the boys. These motherfuckers would rather pluck their eyebrows with the tweezers from the survival kit than build a cabin”criticizes the Nîmes woman who assumes everything she says.

But how did she end up going to Vietnam to participate in a game she hates? “I would set the table and nibble. My son said to me: Shouldn’t you start a diet? At the same time the advertising to register was on TV. I answer him: Koh-Lanta, that would be the perfect diet: you get paid, in the sun, you play sports and you die. He signed me up. » The good living who never thought she would be selected passed the castings hands down: “The human being does not impress me. It is only in front of nature that I bow. » Regarding her initial challenge, she will not have time to lose many pounds after only three days of an adventure where Claude, who later became the star of the adventurers, finished as a finalist.

Before this first television parenthesis, Frédérique, who had a string of odd jobs, notably as a chambermaid at the luxury hotel Imperator in Nîmes, had been a dog groomer at home for ten years. “Owners are often lonely old people, so you stay for coffee and waste time. I didn’t make a living”she says, also annoyed “by grandma’s little dogs” for an animal lover who appreciates the Mechelen more.

Three years after her first experience on TV, she flew to Miami this time to participate in the program Les Anges 5 broadcast on NRJ 12 where the principle is to bring together former candidates from reality TV shows. Surprising for a homebody who did not wish to become a public figure and who concedes “the less I see the human, the better I wear. The more I live surrounded by animals and plants the better I am. » Frédérique never hid that she accepted mainly for the money: “When you’re having a hard time and someone puts a check in your face. »

With its strong character and outspokenness, the Gard tornado appeals to the public and this season broke all records with an average of 900,000 fans gathered in front of their screens. The channel even rebroadcast it during confinement where we also see another PAF icon, Nabila, let go of her famous: ” Hello ! You’re a girl and you’ve got no shampoo ? ». She also participates in seasons 6 and 9 as well as in the three seasons of the affiliated program Les vacances des Anges. This allowed him to travel to Australia, the United States, Greece (Crete) and Spain (Ibiza and Marbella).

“I had fun doing that and inevitably when you stay two months living together you bond. My parachute jump for my 50th birthday remains one of my best moments »summarizes this 56-year-old mother who participated in season 4 of the Holidays of the Angels broadcast from March to July 2021. “Young people have the codes of reality TV. They know how to make the buzz. I don’t overplay. When I throw tantrums, they are real. » After a bad joke from her comrades who had locked chickens in her room, the volcanic Nîmoise attacks the furniture. “Violence is prohibited. The footage aired but they cut scenes. »

“If we abolished cell phones, that would be fine with me”

A growing notoriety that pushed her “to isolate oneself more” because of always being recognized and challenged Tata Fredo. “It was a bit heavy in the long run! », she testifies even if she rarely hesitates to take a selfie. On Instagram, she is followed by nearly 132,000 subscribers and around 158,000 on Tik-tok, but social networks are far from her cup of tea. “I’m not tech at all!” I’m not interested in telling my life story. If we got rid of cellphones, that would be fine with me”, explains Fred who can count on his son to manage his various accounts on social networks. What she especially likes is going for long walks at home in the scrubland with her dogs and taking care of her turtles. She devotes a lot of energy to saving abandoned dogs and cats, also spending time at the Nîmes shelter La Chatterie d’escalières.

“People need to sterilize their animals”, she absolutely seeks to raise awareness. His dream would be one day to be able to create a huge refuge “for those cats left behind who have become feral by force of circumstance. » A fight for the protection of animals that the cameras of C8 came to film as part of a documentary entitled The True Life of Your Adventurers, broadcast in December 2020. An atypical character whose sometimes flowery language reflects his authenticity: “We need more people like me. I often force myself to restrain myself because today we can no longer say what we think! »offers by way of conclusion the free electron which intends to remain so.

Important ! This article is an excerpt from Objectif Gard, the magazine. Go to your newsagent to buy the latest issue. Discover the summary by clicking on the module below:

EVERYTHING ON THE SCREEN Fred des Anges, a woman of character in the service of animals – Objectif Gard