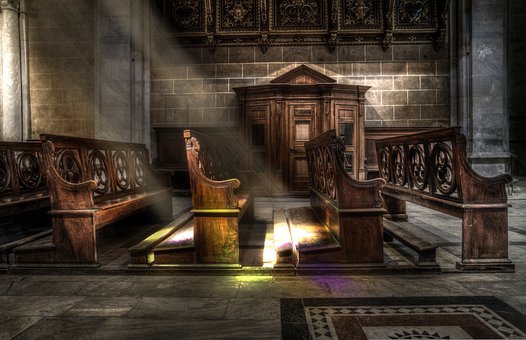 Loïc, his son, has become his battle. Fabien Bourgonnier, president of the association In memory of our angels is preparing for a trying trial, “at the limit of bearable”, which he will attend with his wife Marjorie. However, for the couple regardless of the judgment, the three weeks of hearings are without stakes in their eyes. “The only possible justice would be to give life to our child and that does not exist”, despair the parents broken forever.

Loïc was 11 years old when death mowed him down on the Millas school bus. This child from Saint-Féliu d’Avall, with a mischievous smile and sparkling eyes, who loved playing football, would have been 15 today. His memory, like that of the five other little angels, who disappeared on December 14, 2017 in the accident between their school bus and a regional train, will cruelly hover over the trial of Nadine O., the bus driver.

Fabien and Marjorie Bourgeonnier have prepared for it but are so dreading these three heartbreaking weeks. “For almost five years, we have been living under a shell. There is not a moment when Loïc is not with us, we take him everywhere and all the time in our hearts and it is not because ‘we’re going to smile for a moment that we don’t think of him’, confides the tearful dad. He would listen to himself, he said, “I would only cry. Every five seconds I collapse. I only sleep half an hour a night”. Suicide? Fabien Bourgeonnier has thought about it a thousand and one times. “But we have two children, we love them, they are 11 and 18, they don’t deserve to have lost their brother and we still have to add to it by shooting themselves in the head”.

By losing Loïc, we automatically took a life sentence, mourning is impossible

It is this tearing in the soul and in the flesh that will lead them to court. “We are going there in the state of mind of parents who have lost a child, a loved one to our hearts. I have not changed since the tragedy. From this trial, moreover, I expect nothing. Little Doesn’t matter the result, because there is no justice possible. If the defendant takes two months, I will obviously complain. But the only justice would be to return Loïc to us and that does not exist. So, whatever come to pass, I have automatically lost and I know it. Debates have no power to console us.” The couple already know that mourning their son is impossible. Pain mingles with anger.

“Unfortunately our drama is a collective accident, it is somewhere a combination of circumstances and we, opposite, we took a life sentence. We will never recover from it”loose Fabien who is angry with the whole world. “The driver is responsible of course, but she is not the only one. Who decided to build a college between two level crossings? Who let him drive a school bus while being on medication?” he asks, impatient to hear the answers of the experts who will be called to the bar. The explanations of the questioning also. “For me, she is not beyond reproach. This woman does not question herself. It is unacceptable”, slaps Fabien Bourgeonnier, exasperated. He is aware that the fatal accident to the six college students from Millas is not intentional, “on the other hand, it appears from the investigation that this woman has made mistakes and that she does not feel concerned”.

Inconsolable dad but also president of the association In memory of our angels, Fabien Bourgeonnier tries not to lose his temper. “I am going to the trial as a broken father but I expect this hearing to provide us with food for thought, to open doors for us in terms of prevention. For us it is too late, the disaster has struck but it is not for the others”believes the official who has been working since the tragic collision to make as many people as possible aware of road safety. “I had three children, I lost one, this quest today is my life, my path, my battle for Loïc and his deceased or injured comrades who lived through an atrocious scene of war.”

These images, Fabien apprehends to listen to the story by the young victims. “For us parents of missing children, listening to their injured friends and girlfriends testify will be a difficult ordeal. We are happy that there are seventeen kids who are alive even with the consequences, but they were able to grow up and not ours”collapses the forties imagining these unbearable moments. “I don’t know how I will react, or if I will be able to go to the hearing every day”he confirms modestly lowering a look misted with tears.

Author of a book that he will finish writing at the end of the judgment, Fabien Bourgeonnier re-threads his shell. “There are intimate feelings that we keep inside, that interest no one other than Marjorie, our children and me. Only Loïc knows our thoughts, I write messages to him every day on my Facebook account, on his that I didn’t block and on a school notebook.” Words in memory of his angel.

Drama of Millas – Fabien Bourgeonnier: “There is no possible justice to return Loïc to us”