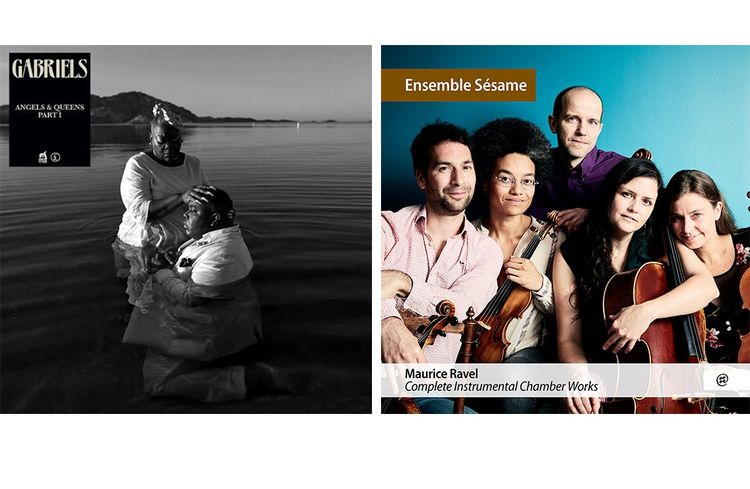 A liar in Paris, a breakdown in Long Island, Dutch Beatles, soul from LA, a historical series, another crazy one… Enough to vary the pleasures and atmospheres in these last days of October.

A legal novel against the backdrop of the MeToo movement. At fifteen, Lisa falsely accused a man of raping her. Years later, as the appeal trial looms, she confesses to her new lawyer Alice that she lied. She remains the victim of the harassment of the boys who broke her adolescence. Written in journalistic style, this deft page-turner from the world’s court reporter features in multiple award selections. Ph.C.

“The world after us”, Rumaan Alam

A white American couple and their two teenagers rented a super villa on Long Island for the holidays to a wealthy African-American couple. As they begin to tame the place, a major breakdown occurs which forces the owners to return home. Are we on the eve of the apocalypse? The two families will have to live together, with this deaf threat. A great psychological and societal novel by the gifted Rumaan Alam. Ph.C.

The German Daniel Kehlmann brilliantly reinvents the legend of Tyll Eulen-Spiegel, against the backdrop of the Thirty Years’ War. Between lost battles, fallen kings, the ravages of the plague, misery and obscurantism, the mountebank carries the flame of life, laughter and insolence. Reissued in paperback, a wonderful tale that ends beautifully with the extinction of the last dragons. Ph.C.

Pages for piano four hands, for violin and piano, for cello and piano, for trio, for string quartet… The five members of the Ensemble Sésame divide and reunite according to this admirable integral of stylistic accuracy and delicacy. Ravel’s spirit, his disarming melancholy, his tongue-in-cheek humour, his elusive poetry can be felt in every musical note. Ph.V.

There’s Abba in Sweden, Crowded House in Australia… and Nits in the Netherlands. One of the few groups to be able to openly claim the heritage of the Beatles. With variable geometry, the formation has recorded 25 albums since 1974. Its new opus, “Neon”, brings an experimental trilogy to a close. Nits deploys an introspective pop, a bit cerebral, but always harmonious and out of time. Ph.C.

First we are struck by the moving voice of singer Jakob Lust, a gifted child from LA who puts all his guts and soul into his gospel and soul melodies. Then we are caught up in the cosmic sound of his group, Gabriels. The potential hits are linked in a seven-track semi-debut album that celebrates angels and queens. the sweet Angels & Queensthe feverish taboo… Everything delights us and carries us away. Ph.C.

Written by Deborah Davis, the co-writer of The Favorite, this Marie-Antoinette (played by a convincing Emilia Schüle), daughter of the Empress of Austria, certainly bends to her duties but will also seek to circumvent the rules or even blow them up. The decadence is on. Less victim than author of her destiny, her character appears almost like a feminist before her time. LB

If you liked the first season of this squeaky comedy about the misadventures of a group of wealthy vacationers in Hawaii (which had won no less than ten awards at the last Emmy Awards), you should enjoy this second installment. With a renewed cast, this excellent HBO series from Mike White takes place in another dream setting, that of Taormina in Sicily. LB

A woman (Audrey Fleurot) is stuck with her daughter Alice (Lila Taïeb) in their remote chalet in Savoie on Christmas Day as a snowstorm prevents the rest of the family from joining them. Taken from the beautiful book by Laura Kasischke, this series produced by Cyril Mennegun (Louise Wimmer) brilliantly distills its strange atmosphere. LB

Books, records, TV: our picks of the week

Virginie the Seer and the Mysterious Alliance of United Hearts
New government: who is Pap Ndiaye, the Minister of National Education breaking with the line of Jean...
Pope urges Roman Curia to break away from 'fixism' and 'bitterness'
Tweet
Share
Share
Pin