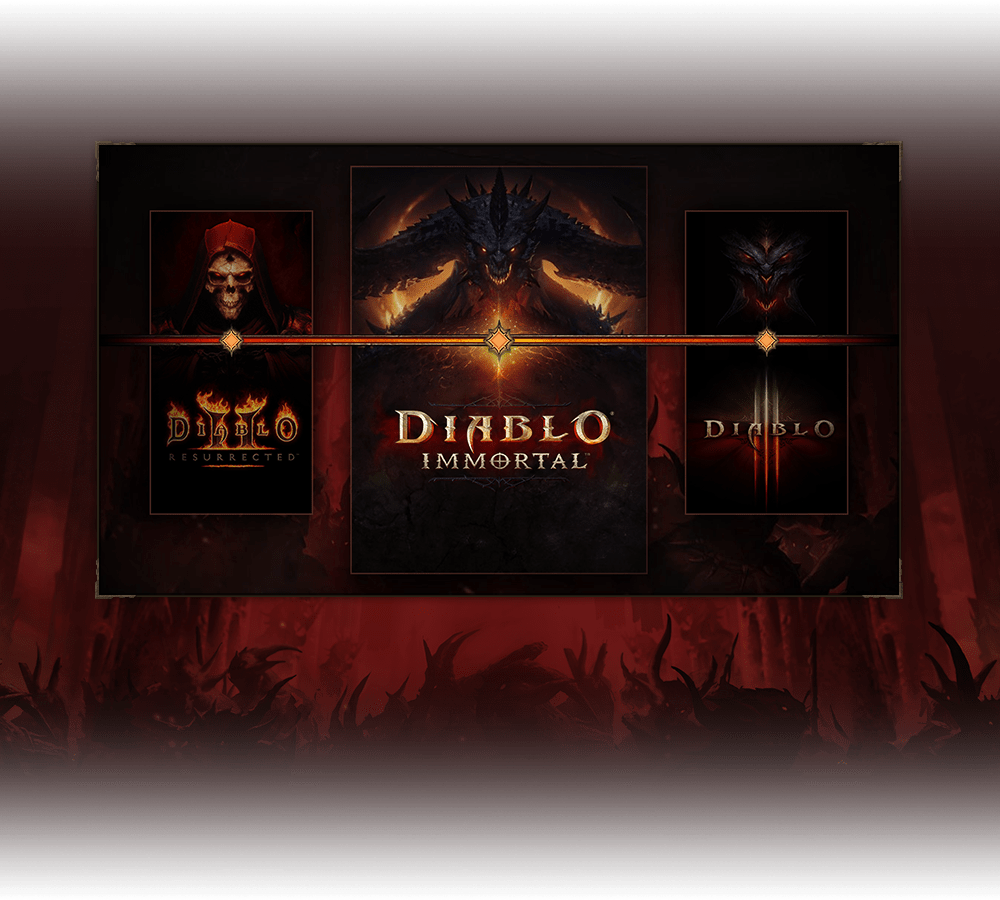 When we talk about the story we want to tell you in Diablo Immortal with our development team, we always come to the same conclusion: this is the sequel to Lord of Destruction.*

*Warning, the following contains spoilers for Lord of Destruction.

Many of us marveled at the release of Lord of Destruction in 2001. The story followed the sinister turn taken by Diablo II. The city of Harrogath was as gloomy as it was captivating, it was also a real pleasure to see the villain of the game in action, and the end of the story left no one indifferent. Lord of Destruction made it possible to develop a theme dear to the saga Diablo : faced with an extraordinary situation, many people make the wrong decisions, and the right actions are not always enough to save the day.

Diablo III brings us 20 years after the events of Diablo II. At this point, Deckard Cain, the series’ most prominent scholar, becomes obsessed with the end times, and the Nephalem* awaken to pursue their destiny. After Diablo IIIthe story will take an even darker turn.

Note from the developers: *In Diablo, humans are the descendants of angels and demons who fled the conflict between them since the dawn of time after stealing an extremely powerful artifact of creation called the World Stone. They then took refuge in a world known as Sanctuary, and while humans manage to survive there, their haven isn’t quite the nicest place to live.

But what is the origin of all these events?

At the end of Diablo II: Lord of Destruction, the demon lord Baal corrupted the World Stone in an attempt to poison all that his power touched. Before he could accomplish his designs, a group of heroes defeated Baal, and Archangel Tyrael hurled his sword, El’druin, into the heart of the damaged World Stone. The explosion thus shattered the World-Stone and its power of creation. Faced with the loss of an artifact that allowed the creation of a world and its people, the consequences are numerous and devastating.

So that’s where we are right now. Diablo Immortal.

Can you purify this world in ruins? How far will you have to go? How to continue to fight by chaining Pyrrhic victories? Will you pass the torch to someone else?

Diablo Immortal primarily tells the story of your quest to contain the Shattered World Stone, and also the story of the people who lived at that time. Some faces will be familiar to you, such as those of Deckard Cain, Charsi, Kashya, Akara, Xul and Valla, but you will also meet new people. Finally, Diablo Immortal It will also allow you to discover the history of the central and active city of Westmarch, one of the few bastions where to find stability in Sanctuary.

Situate the story of Diablo Immortal between those of Diablo II and Diablo III allows us to evoke characters, factions and places loved by the community, but also to invent new ones, such as: 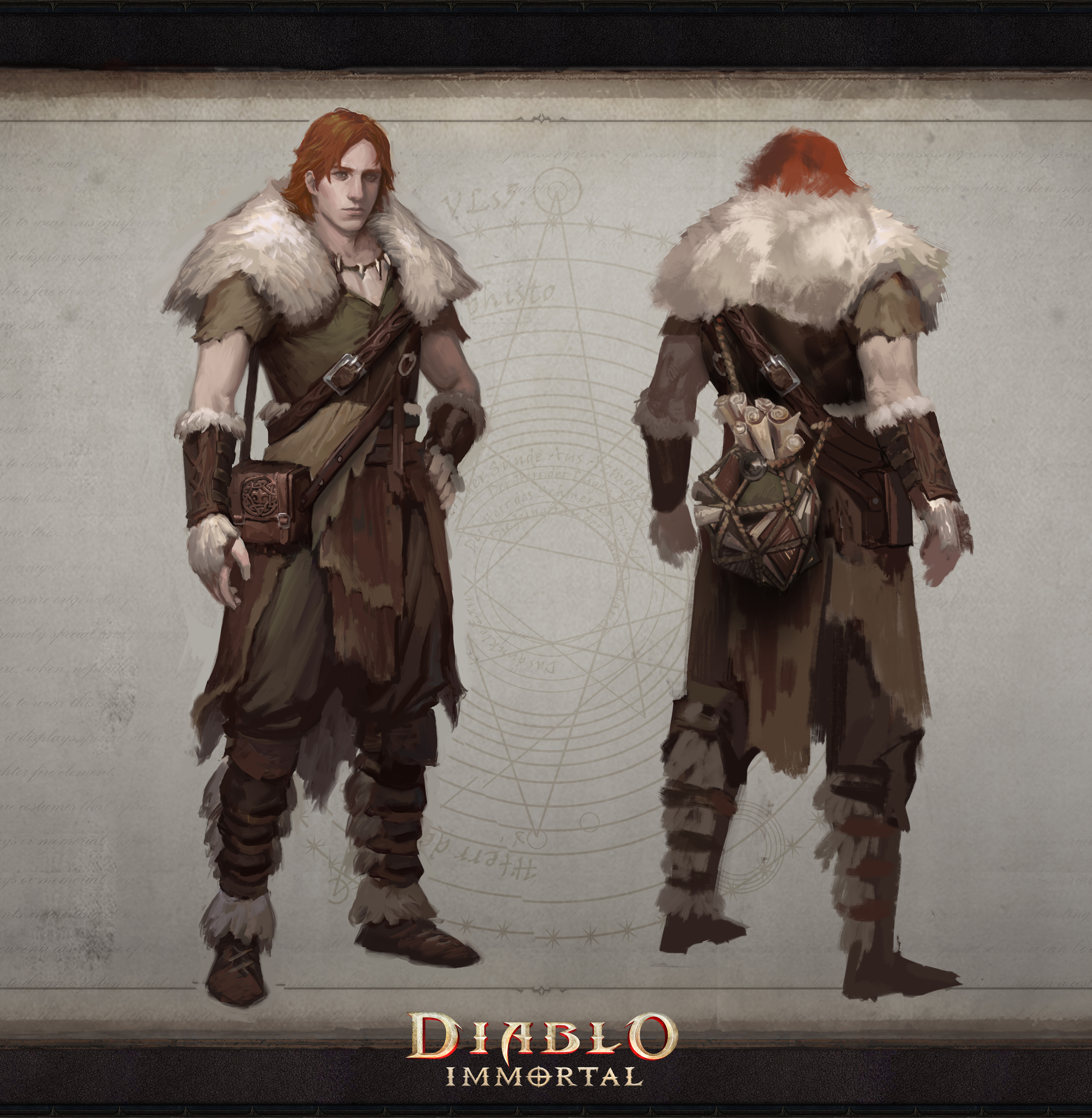 [PNJ] Rayek “The barbarian Rayek is a prodigy. He is the inventor of the Infernal Reliquary, an extraordinary device designed to locate the most destructive demons and trap their essence when killed. Rayek hopes to be able to use his creation to stop demonic incursions before they happen, and thus counter the doom that has befallen his homeland by preventing it from claiming more victims. When Rayek faces demons too powerful to deal with alone, he calls upon troops of adventurers and adventurers. Although unstable, the Infernal Reliquary of the Wrathful, Rayek’s first infernal reliquary, could well be used to channel the power of defeated demons to a particularly reckless subject. The risks of such a process are not known to date.

[PNJ] Deckard Cain the Elder “In Sanctuary, few people reach Deckard Cain’s venerable age, and his adventure is far from over. A sage, a traveler, and a beacon of hope for many, Cain has used his wit and research to fight evil for decades. He is currently based in Westmarch, in a dusty workshop that could catch fire at any time from the many candles Deckard Cain lights day and night. Cain was instrumental in battling the Primal Demons, Mephisto, Baal, and even Diablo (twice). But the world has changed, and his knowledge is reaching its limit.

[PNJ] Charsi — Charsi is an outstanding and exuberant blacksmith who spent the first years of her life with the renegade Blind Eye Sisters community in the encampment in the middle of the woods, forging arrowheads and repairing arrowheads. armors. After arming the heroines and heroes who fought against the Primal Demons, she began to feel cramped in her lands. She now runs her own forge in one of the busiest squares in Westmarch. It no longer has to establish its reputation, but it remains to be seen whether a large city like this will be as welcoming to Charsi as its former community.

[Zone] Sea of ​​Shassar — Two bands of bandits battle for the few resources of the Shassar Desert, one hoping to continue the legacy of Fahir’s cruel empire, the other seeking to transcend it. But regardless of the outcome of the battle between the Amber Blades and the Sand Scorpions, the only ones who truly rule over Shassar are the vermin and scavengers that prey on corpses under the desert sun. The secrets of this place may well keep the fragments of the World Stone from falling into the wrong hands…but some things better stay buried forever.

[Zone] Mount Zavain “Long ago, blood soaked the lands of Mount Zavain when the knights of the founder of Westmarch and the Veradani monks who had sworn allegiance to Ivgorod clashed. The people of Zavain are still deeply marked by this ancient murderous rivalry. Khazra activity has increased, and the abominations committed by the goatmen are now more evil and ingenious than ever. The valleys are blanketed in thick dark mist, damnation emanates from the shadow of the mountain, and it’s only a matter of time before the completely overwhelmed and under-equipped soldiers of Sentinel’s Watch sink.

[Zone] westmarch — Founded at the height of the Rakkis Crusade, Westmarch has grown from a small port in the southwest to one of the largest cities in Sanctuary. It is ruled by a hereditary monarch, King Justinian, and endures despite rapid upheavals such as the weakening of Zakarum’s prominent faith, the welcoming of many refugees to the north, and the management of growing tensions between “commoners” and nobility “. Justinian’s fascination with collecting magical artifacts, such as Riftstones and the Einfrinn Tree, has seen what was once the “City of Light” change even further.

[Faction] The Immortals “Immortals are holy knights with immense power granted to them by the Eternal Crown, a very ancient artifact. They are tasked with protecting Sanctuary from demons, but their formidable strength puts them at risk of corruption or spectacular consumption. Most Immortals are elite Westmarch knights, but their allegiance to Daedessa, the former leader of the Nephalems who raised them, and to the Crown that amplifies their power and thirst for magic, is all the more important. Immortals believe the future of Sanctuary, and not just a realm or time period, rests on their shoulders.

[Faction] The shadows — The Shadows are overseers, saboteurs, and spies who control the Immortals and issue sacred challenges to them to overthrow and replace them should too many be corrupted. They only admit new members after careful evaluation and meet in secret at Westmarch, though they are said to gather in a “Court of Whispers” beneath the city. Some Shadows want to control the mighty power of the Immortals and consider their duty sacred. Others are simply drawn to the violence and chaos that engenders when they put the defenders of Sanctuary to the test.

Diablo Immortal tells you his story in several different ways. Sometimes you only want to play for a few minutes. And other times, you prefer to make yourself comfortable for what awaits you. We try to satisfy your desires while maintaining the fast-paced story that only players can advance. We’re also hiding books of lore and other little nuggets throughout the game, to keep those who want to explore this larger-than-life world as they decimate the demons.

Our main types of story quests (accessible solo or in groups) are:

We also decided to add new spy type contracts, unique quests for the Shadow faction. Contracts introduce (and fuel) conflict between the Immortals, protectors of Sanctuary, and the spies who love to pester them. Many Shadow Contracts can be played solo, so if you’re not playing PvE or PvP in a group, you can still find what you’re looking for in the darkness of Westmarch.

The story of Diablo Immortal will not end when the game releases on 02/06. We are already preparing new areas related to the main quest, as well as new Elite and secondary quests. All of this will always be offered to you free of charge.

Our team is committed to leveraging the benefits of the MMO genre in which Diablo Immortal. We want to evoke the places that are closely linked to Westmarch, explore the escalating conflicts between the proud Immortals and the reproving Shadows, and address the battle between the monks of Ivgorod and the paladins engaged in the crusade of Rakkis. Turns out we have a lot to say.

We look forward to living this adventure by your side!